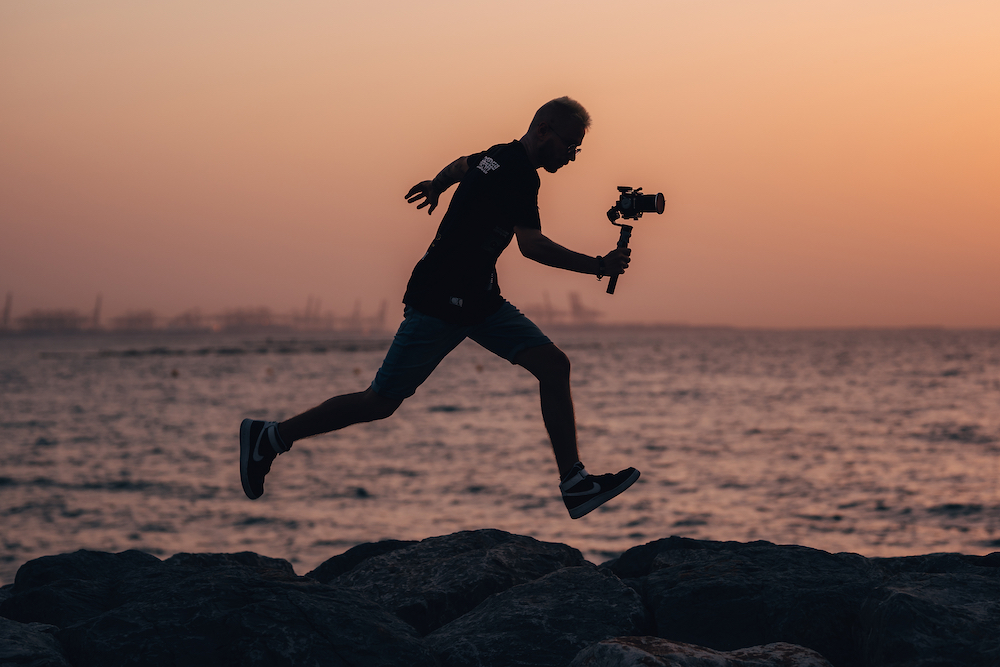 Zhiyun Tech has announced that its new Zhiyun CRANE-M2S gimbal for filmmakers will be available in Great Britain and Ireland from mid-March.

This lightweight (549g) gimbal is suitable for using with a wide range of cameras, including system cameras, smartphones and action-cams.

The housing is combined with ‘more powerful motors and axes’ compared to the company’s previous CRANE-M2 gimbal, making it suitable for filmmakers who want speed and ease of use.

The CRANE-M2S was ergonomically designed with a number of features that increase its ease of use.

For example, it has a 0.66-inch display which shows the status and settings of the camera and gimbal, allowing filmmakers to monitor their settings whilst filming.

The Zhiyun CRANE-M2S gimbal in use on a shoot

The gimbal has a very bright, built-in light. Through the use of Lumen Amplifier technology, the light’s output is over 1000 lumens, up to a distance of 2.8 metres.

This makes it a useful fill light when you want to have your subject clearly in focus.

The light is adjustable in five different steps and comes with four colour filters, giving users control over their creative possibilities.

The built-in light on the Zhiyun CRANE-M2S gimbal works up to 2.8 metres away from the subject

The CRANE-M2S features Zhiyun’s latest quick release technology, 4.0, which was previously only used in the top-of-the-range models.

The V-shaped design is said to offer ‘improved efficiency’, while a dual safety locking system ensures that the camera is always securely attached to the gimbal.

The USB-C connector supports USB PD fast charging of up to 12W, allowing the CRANE-M2S to be fully charged in 100 minutes. On full charge, it’s said to have a shooting time of up to 10 hours.

Selected devices and cameras can be connected to the gimbal using a USB-C cable, giving you control over the shutter.

In addition, you can also power the camera with the gimbal’s 5V/1A power supply for longer life.

The CRANE M2-S is also available in a Combo version, which includes a handy backpack in which the CRANE-M2S can be safely transported.

This backpack has a splashproof coating and also includes an adapter for using a Smartphone on the CRANE-M2S.

You can find out more about the full range of Zhiyun products on the ZHIYUN-TECH website.