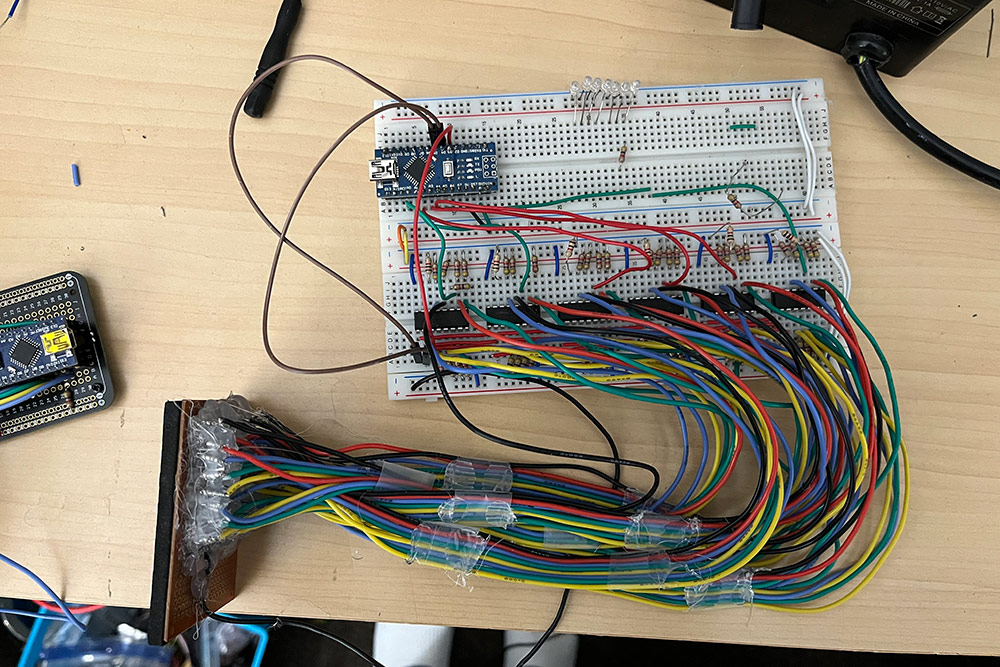 With the number of cameras we’ve reviewed at AP, we’ve seen plenty of bad ones pass across our desks, and some we may have even been tempted to describe as the worst digital camera of all time. However, as far as we know, none of the manufacturers behind those cameras were trying to make them bad on purpose.

That may or may not also be the case for YouTuber Electromechanical Productions, who has documented on his channel a fascinating, Frankenstein-esque project that may well be the worst camera ever made. As we had already documented the worst digital cameras ever released, we were intrigued.

Taking an 8×6 arrangement of photocells (light-sensitive resistors) in a grid, Electromechanical Productions has then hooked it up to an analog multiplexer, which links to an Arduino microcontroller.

The photocell grid for the worst camera ever made. Photo credit: Electromechanical Productions

From there, a long and complicated string of Python code, which we are not going to pretend to understand, is able to interpret the light the photocells are receiving, and make something resembling an image out of it.

You can watch the full video below:

The images created by the camera are entirely greyscale (‘You can’t measure colours with photocells, it turns out,’ the YouTuber says at one point), and viewed out of context, are essentially nonsense.

It’s not even clear at first if the camera is working. However, Electromechanical Productions proves it is, by placing a light source directly in front of the camera and taking another image. Voila – the resultant pixel grid is significantly lighter. He also places a pen lid diagonally over the photocells, and manages to produce an image with a diagonal black line running through it. Result!

Block out some of the cells…

And you get a line! Photo credit: Electromechanical Productions

With no lens, or much other apparatus to speak of, this is pretty much the limit of what the worst digital camera of all time can do currently. The YouTuber discusses how it could be made to take more detailed (i.e. recognisable) images, either by adding more photocells, or by constructing a motor rig that could move the camera around to create a composite image, like the Pixel-Shift Multi-Shot mode on some Olympus cameras.

‘But for right now,’ he concludes, ‘I believe we have created the very worst camera that has ever been made, ever, in human history, of all time.’

Though by virtue of not attempting to charge money for his camera, we think Electromechanical Productions has created something that’s at least better than the Lytro Light Field camera or the Polaroid Socialmatic. Of more value to society, anyway. For more absurd projects from the imaging world, you can also check out our run-down of the most expensive cameras ever sold.