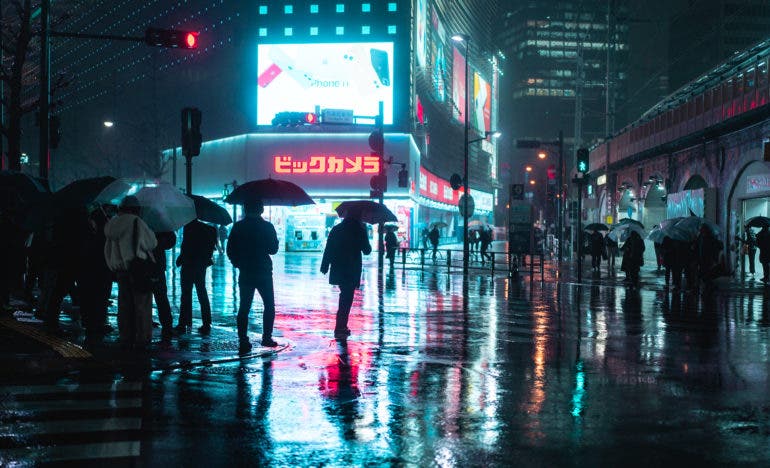 All images by Teemu Jarvinen. Used with permission.

“Great location equals great photos, but an uglier location makes you a better photographer”, says Teemu Jarvinen. What makes his work even more fascinating is that he didn’t own a camera until he turned 22, five years ago.

Born in a small Finnish town, Jarvinen was fortunate to grow up in an internet boom era. In high school, he began doing online marketing on the side and later set up his own online business. This location-independent, digital nomad lifestyle offered him the opportunity to travel across Asia. He would practice obsessively to take better photos of the landscapes he came across on his travels. Today, he loves exploring more places just for the photography. Despite his obvious talent, he chooses not to become a professional. “I prefer to keep photography as a passion as I fear going full time may take something away from the enjoyment,” he says.

The Phoblographer: Signage and lights, particularly neon ones, clearly inspire you. When did you first realize this was something you wanted to photograph often?

Teemu Jarvinen: I first got obsessed with neon in Hong Kong in 2018, this was when HK government really started cracking down and removing them for  “safety” reasons, part of it was wanting to shoot as many of them as possible while I still had the chance, but also neon is just the best type of light in terms of beauty. LED doesn’t look as good.

The Phoblographer: Your cityscape photos remind me of a movie that was way ahead of its time – BladeRunner. When and where did you first take an image that resonated with the look of this movie?

Teemu Jarvinen: Yeah it’s no secret I’ve been inspired by Blade Runner, both the original and 2049. Deakins is my favorite cinematographer currently. I first started shooting stuff like this in Tokyo during 2017, before that I was only shooting cityscapes, but the repetitive nature of cityscape photography was starting to bore me and I found street photography to be a lot more dynamic and engaging. Although it took me at least a year of being quite bad at it to start being happy with the results.

The Phoblographer: You’ve traveled a fair bit; which city’s urban jungles would you say are the most appealing to photograph at night (and why)?

Teemu Jarvinen: Hong Kong of 2018 and earlier (before they removed most neon lights) would be the place I’d most love to get a chance to go back to again. It’s so dynamic, feels like an actual cyberpunk city. Tokyo is a close second, but doesn’t have the same grit. Sapporo in Northern Japan produced some of my favorite photos, but actually shooting is not very enjoyable due to how cold it is.

The Phoblographer: Eye-level at night on rainy streets or a bird’s eye view of a foggy sunrise – which one do you enjoy photographing more?

Teemu Jarvinen: Streets, because you actually have to focus and try. The only challenge in shooting a foggy sunrise is actually predicting it correctly and getting rooftop access, once you’re there you just push a button. Because it looks gorgeous. But as far as creativity goes, there’s not much.

The Phoblographer: As someone who also shoots analog, which 35mm film stock do you prefer for your night cityscapes?

Teemu Jarvinen: Lomo800 is my favorite recently. It renders night colours in a nice green tint, no red halations like Cinestill.

Teemu Jarvinen: It’s all about connections in Dubai. If you have a platform you can contact some hotels and negotiate with them for example. Or real estate developers. Honestly, if you don’t have the leverage or the time, it’s usually easier to just book an Airbnb with a view if the forecast is 100%. Many tall towers in Dubai and the rent for a night in off-seasons is not too bad. I wouldn’t advise on trespassing, but some countries have laws that are more lax than others. There’s some crazy people on Youtube in the rooftopping genre. Don’t do this, you can get arrested or die.

The Phoblographer: Are you worried about your style being imitated after giving away your Lightroom presets?

Teemu Jarvinen: No because there’s more to it than editing, and if someone really wants to copy me they can do it anyway. I enjoy educating or teaching people, but I like to preface that by advising people to only take small elements, not everything from one person. It’s boring. No one will respect you if you’re a blatant copycat, I don’t care how many Instagram likes you get, they actually mean nothing.

The Phoblographer: Is there a lot of post-processing in your work, or is it more SOOC (straight out of camera) lately?

Teemu Jarvinen: I shoot my digital stuff “for the edit”, I don’t even consider the photo to be ready SOOC, I tend to underexpose night photos for example. On film it’s different, a lot less editing goes into those, due to the nature of film.

The Phoblographer: “Great location equals great photos, but an uglier location makes you a better photographer.” Could you elaborate on this quote?

Teemu Jarvinen: Sometimes you come across a photographer on Instagram who shoots street photos in a location in some random country in a city you’ve never even heard of that is nothing special, and they still somehow manage to make those photos look amazing. It’s a lot more impressive than doing it in a place like Tokyo for example, where everything looks gorgeous. In an ugly location the only way to take good photos is to understand light, photography and what you’re doing on a very deep level. The downside of boring locations is that they’re not very inspiring, so ideally you’d visit both on your journey. If you can shoot good photos in a terrible location, imagine what you could do in Tokyo or New York for example.

The Phoblographer: After a few years of photography now, how much would you say your skill has evolved? To what would you mainly attribute your improvements?

Teemu Jarvinen: I think the improvement should be pretty obvious if anyone dares to scroll far down my Instagram feed, although I’ve already archived the most terrible stuff out of shame. Improvement comes from conscious effort and analysis of your work and thinking of ways you could improve, both in shooting and editing. Also just looking at enough good work from others slowly develops your “taste” and you start seeing things differently. This is very apparent to me because I basically started from 0 artistic background. In the beginning if you were to show me the more artistic stuff, even most street photos, it would go over my head, all I’d care about was an oversaturated sunset. So I feel like I’ve come a long way.

The Phoblographer: Have there been times where you’ve been unable to shoot due to an emotional block? How do you get out of such a situation?

Teemu Jarvinen: Yeah, times like that you may wanna take a break, but if it doesn’t work, just stick to the “process”. You can brute force good photos like a monkey who accidentally writes a poem if you try hard enough. Shoot the raws and edit them later. Sometimes that’s necessary if you’re traveling and don’t have the time to wait for a slump to pass. It may not be ideal, but always better to shoot than to not. The more you shoot the more chances you have to get a really nice lucky coincidence, for example.

The Phoblographer: Snow, rain, fog – do such weather conditions excite you, and do you plan most of your shoots around this?

Teemu Jarvinen: They bring a certain look and an emotion into photos that make them more meaningful to me. Those dark moody kind of photos are the most meaningful to me. I struggle to shoot sunny bright days in a way that excites me. So yeah I’m an amateur weatherman.

The Phoblographer: What is the one accessory in your camera bag that you always need on a shoot?

Teemu Jarvinen: My bag is very minimal, I kind of want to say “nothing”. 1 camera, 1 lens is enough. Extra battery maybe?