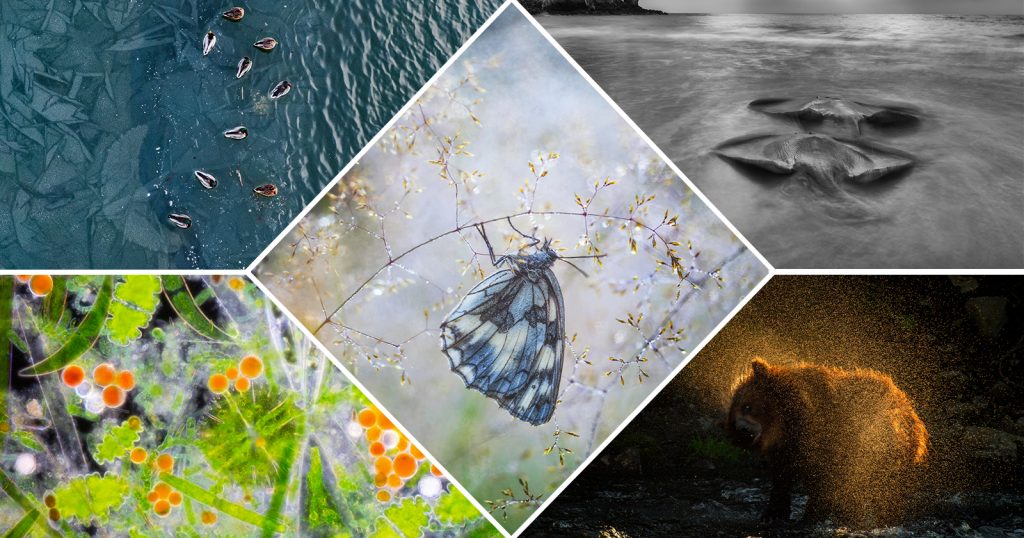 WildArt Photographer of the Year, a new international wildlife competition, has announced the winners of its first contest that is themed “wet.” It is the first of 10 competitions the organization is launching in 2021.

You can see the full list of judges here, and the “wet” competition was the concept of Canadian wildlife photographer Gail Bisson, and this inaugural competition received 1,100 entries which were narrowed to the eight winners below.

The winner of each category books a place in the organization’s grand final competition, and one will win the WildArt Photographer of the Year title and walk away with £3,000 (~$4,148). Additionally, the category winner and the two runners-up are awarded a monetary prize.

The “WET” gold award winner was Marek Mierzejewski from Poland for his photo The Enchanted Morning on the Meadow which features a marbled white butterfly.

“This image was taken at ground level and I used the rotating screen on the camera to position it and frame the shot to capture these Marbled White butterflies in the early morning dew-soaked meadow grass as they waited for the sun to rise and warm their wings,” Mierzejewski writes. “The damp atmosphere continually misted up my lens, and perhaps the camera mirror too, making it quite challenging, but I think the softness it created makes the photograph. The scene was so beautiful that it posed a real dilemma, to watch and observe these creatures or to photograph them. I tried to do both and after taking this picture, I watched as they came to life, their wings opening as the warmth of the day arrived.”

Mierzejewski’s photo will go on to be considered in the grand final competition later this year.

Below are other selections from the category:

WildArt touts itself as also supporting 10 conservation causes, one for each of the monthly categories. These causes are the choice of the judge in charge of each concept, and as January’s judge, Bisson chose the Nova Scotia Nature Trust. You can see the remaining nine categories that will be announced this year on the organization’s website here.