Why We Need a Beautiful, Retro-Style Digital Camera with a Top LCD 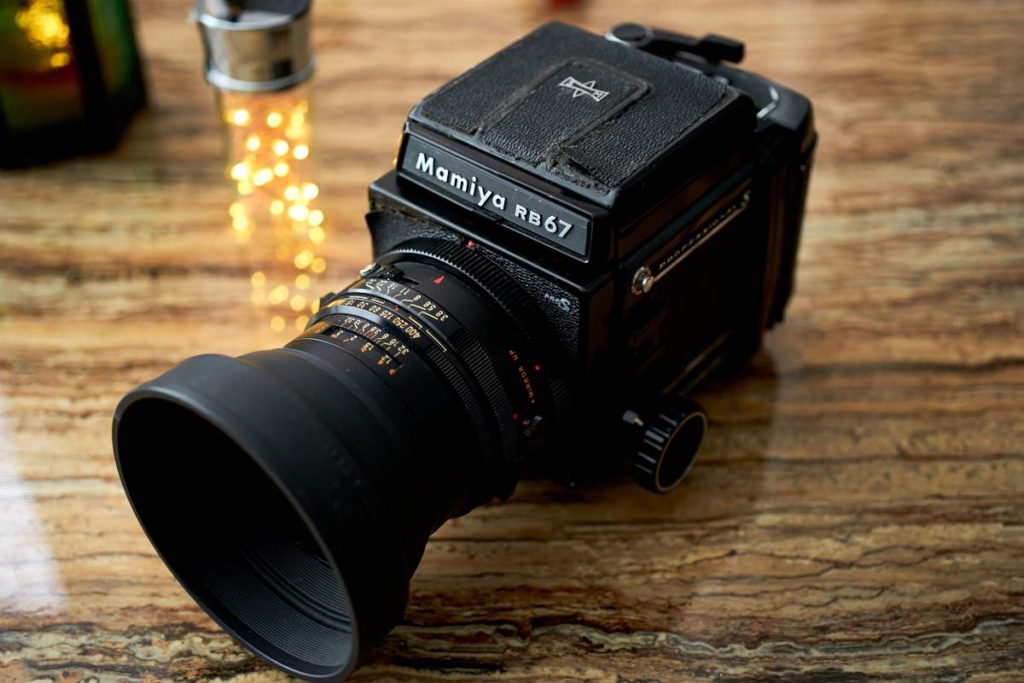 There are many times where I just want to look down at the screen and shoot.

Think about the schools of thought which use dedicated cameras. They use either the viewfinder to shoot or the LCD screen. And the LCD screen is used in a variety of different ways. Time and time again, I really just want the old-school medium format style magnified finder. You, of course, know what I’m talking about. It’s when you look down into the camera, and there is a hood with a magnification prism. It’s standard on TLR cameras and things like the Mamiya RB67. But I really think that it’s time that digital camera manufacturers make one. Follow me into a dream, if you will!

So let’s think about what camera manufacturer brands are left:

And now let’s analyze what brands either made TLRs or medium format cameras with a hood style magnifier. Canon didn’t enter the medium format world. Nikon made the lenses and optics for certain camera brands back in the day. But I don’t think that they’d make a mirrorless TLR style camera or even one with an LCD screen on top. I laugh at any claim that Sony would do it. Fujifilm is a possibility because of the optics they made for various brands. Plus, they had a few medium format cameras too. Olympus had a medium format camera that didn’t really see the light of day. However, they surely know ergonomics very well. But they’d argue that it isn’t part of their brand. Panasonic might do something this cool, but I’m still not putting my money on it. Leica has a long, celebrated history in photography. But they’ve never made something like this. Sigma, of course, wouldn’t. Hasselblad could and should. Their current cameras can’t bring the LCD screen to the top.

That leaves us with two brands. Pentax had the Pentax 67 and the 645. Both of those cameras could do exactly this back in the film days. But Pentax arguably failed pretty hard with medium format.

So who could do this? This is where I think Tamron could really shine and bring back the Bronica system. I’ve spoken about the Bronica system many times before. Could you imagine a small, cube-like camera with a fixed lens or a mount? Realistically, Tamron would make a small cube camera, shove a full-frame sensor in there, permanently attach a 35mm f2.8 lens on there, and put the LCD screen up top with a touch screen. When you want to turn the camera on to activate it, you’d just raise the hood or turn a switch. The screen would be entirely touchscreen navigation. And if you want to change exposure parameters, you’d do so using dials and buttons around the camera.

But let’s say that Bronica never comes back and that Tamron really just wants to focus on lenses. I wouldn’t blame them. In that case, then, Fujifilm could make an even smaller GF camera. What’s more, they could make it with a fixed lens. It would be the medium format variant of the X100V.

So why do we need this? Well, our camera designs are getting a bit stale. In many years of photography history, there have been tons of camera designs. But every brand just does the same thing. Sure, Sigma tries and fails at different designs. However, certain designs have always worked. We need something special. We need to give folks a reason to get excited about traditional photography and cameras again. And we need to see it on the outside. The only people who care about MTF charts these days are much older. But everyone cares about the romance of tactile feedback.