Why It’s Time to Bring Back the Tilt-Shift Lens 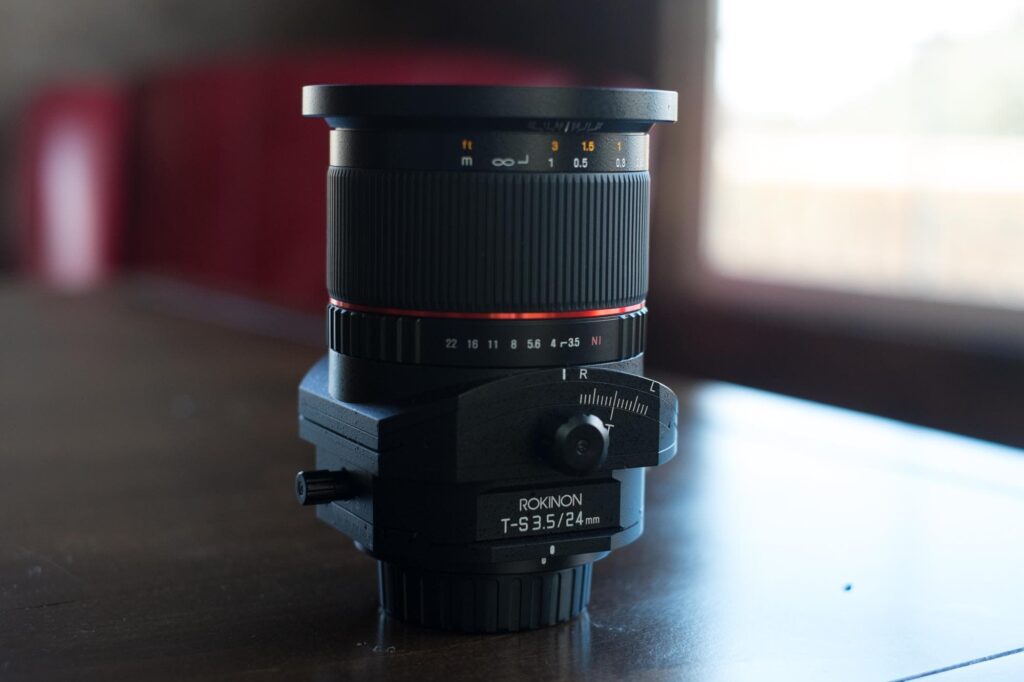 If you ever experienced photography before Instagram, then you hopefully got to check out the tilt-shift lens. They were used for a variety of things: architecture, landscapes, and surreal work. It’s where the idea of miniatures comes from. And almost a decade ago, they were expensive and not used as creatively. These days, the tilt-shift lens is completely missing from various camera systems. And I think that the tilt-shift should make a return, but in a totally different way.

You can view this article and much more with minimal banner ads in our brand new app for iOS, iPadOS, and Android. And for $24.99/year, you can have a banner-ad-free experience.

Tilt-shift lenses were all about getting perspectives 100% totally what you want them to be. All of that can be done digitally via post-production these days. But a lot of photographers would rather not have to do it in post-production. After all, what’s the fun of photography if you’re spending all day behind a computer screen? Manufacturers like to talk about how some of their lenses don’t have distortion. And for the most part, a lot of distortion has been eliminated. But it’s not perfect still. A tilt-shift lens, medium format, or large format lens can still do things much better and get it right the first time around.

“The miniature effect is in essence, using the lens to drastically change the plane of focus by a tilt and/or shift to throw out the area of focus only keeping a small area IN focus.”

How a Tilt Shift Lens Works

Even so, I don’t think that that this is why the tilt-shift lens should come back. Instead, I think that the current landscape of lenses is just seriously lacking in variety. We’d know, we’ve reviewed more than any other photo publication.

Manufacturers also generally work to engineer all the character out of their lenses. These clinical experiments have removed the soul from optics. To that end, we get the perfect metaphorical tacos that still need a lime to be drizzled on them. And this means that a manufacturer doesn’t necessarily need to create a tilt-shift lens, but a tilt-shift adapter could possibly work. Even then though, the adapters don’t do as good of a job as a dedicated lens.

Years ago, we reviewed the Rokinon 24mm tilt-shift lens. And it touched on a very big and important point. Here’s a section from that review:

“Now a lens like this is built to CORRECT distortion caused by less than ideal perspectives (we can’t all shoot from a cherry-picker 20-50 feet in the air all the time). So thankfully with the shift adjustments available on this lens it is quite simple to correct the converging lines of taller buildings or even normal rooms from a higher or lower angle than eye-level.”

I’ll totally admit that this can be an annoying problem to deal with. But a tilt-shift lens would make sure that I don’t have to face it at all. And when I’m done with it for perspective correction, I’ll go play with it to create miniatures.

If you’re sitting here saying, “Chris, you can just do it in post-production,” then you’re missing the point. I don’t want to do it in post-production. A lot of us don’t. We’re still in a pandemic that isn’t over and people spend way more time in front of screens. We don’t need to anymore. We can spend time working with our cameras and getting the photos to be perfect in-camera. Photography is a skill, and we should make it so again. Yes, AI and technology has made the basics easier. But it’s up to us now to raise the higher end of skills up since the lower end has also risen up.