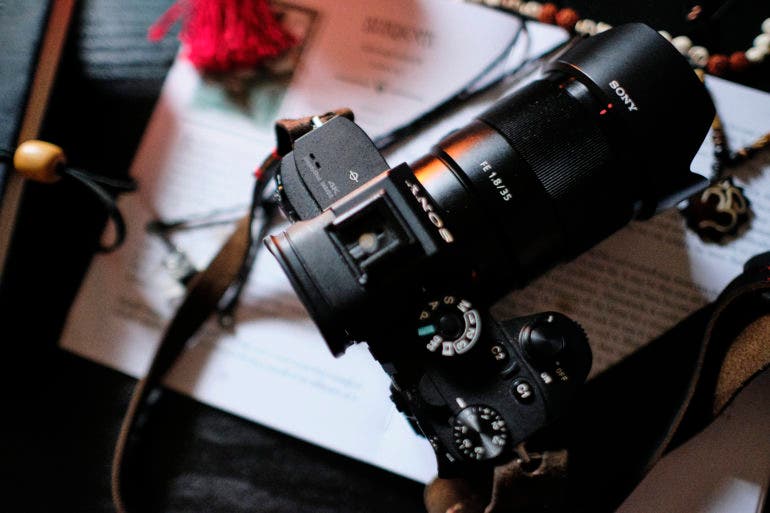 Photographers have long wanted to reach for f1.4 lenses while scoffing at f1.8 lenses. No, let me rephrase that. Photography snobs have long wanted to reach for f1.4 lenses. To many of them, they could easily and clearly tell the difference between f1.8 and f1.4. They claim they could even do this while looking at the whole image. This is a boomer point of view at this point. If you want a fast aperture, lean into it and go for an f1.2. But for the majority of work, I think f1.8 lenses are more than sufficient. And here’s why I prefer them.

For this post, I’m going to focus on the Sony camera system. Sony has the most f1.8 lenses and I own a bunch of them. Nikon is pretty much right behind Sony when it comes to choice of f1.8 lenses. Let your blood boil and check in with your doctor about your blood pressure, but everything I’m saying here is a fact.

Let’s start this journey with the Sony 85mm f1.8. I mean, come on, how many of you can truly tell the difference between images from this lens and the f1.4 G Master? Maybe if you’re pixel peeping and you’re using a flash? But generally, the Sony 85mm f1.8 is smaller, lighter, focuses much faster, and makes beautiful images. How can you complain? Better yet, it has built-in weather resistance. Isn’t that nuts? How does a lens that’s a fraction of the price of the higher-end version do so much?

Then let’s continue with the variants, which brings me to the Sony Zeiss 55mm f1.8 lens. Did you know it still is considered one of the sharpest lenses for Sony cameras? There’s the Sony 50mm f1.2 G Master and the Sony Zeiss 50mm f1.4. But still, the little, lightweight 55mm f1.8 performs incredibly well. It was one of Sony’s first lenses and it’s still doing a great job. Why go for a 50mm f1.2 in that case? So far, the f1.8 lenses are looking a lot more attractive.

Moving on, I also own the Sony 35mm f1.8 FE. It’s small, lightweight, weather-resistant, and fast to focus. It’s probably my favorite Sony lens. What’s the point of going for the f1.4? More importantly, why would I bother trying to own the Sigma 35mm f1.2 Art again? I literally traded that lens away for a 35mm f1.8 because it was too heavy and made me not want to shoot Sony.

So here’s my bigger point: is the middle ground really all that much better? Can you visibly see the better bokeh? Will you still not think an f1.8 lens can produce a beautiful photo?

My bigger point here is that f1.8 lenses aren’t pedestrian by a long stretch. They’ve evolved and gotten much better. So as the lower-end has improved, so too must the higher-end. That’s evident with more f1.2 lenses hitting the market. But at the same time, the middle ground should improve as well. Why aren’t there more f1.4 lenses that do something completely unique? And more importantly, why do I need to buy a lens for less than half a stop more of light?