Why do Smartphone Photographers Still Struggle to be Taken Seriously? 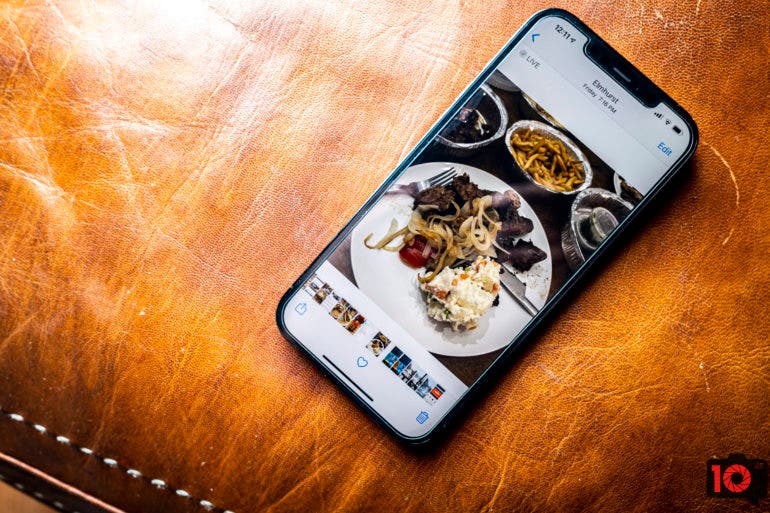 “The camera is just a tool,” says almost any established photographer that’s ever practiced the craft. And I tend to agree. I’ve enjoyed some works made on an iPhone more than I have on a Fujifilm X-T4, for example. That’s not to say the latter isn’t a better camera. It most certainly is. But it’s the scene, the creativity, and the emotion that makes a photo, not the camera. So if the camera is just a tool, as many photographers agree, why do Smartphone photographers struggle to be taken seriously?

The smartphone camera has come a long way since its inception. For those who don’t know, the concept was developed by inventor and business person Philippe Kahn. Way back in 1997, he had a vision of people making photographs with devices small enough to fit in their pocket. Fast forward to 2021, and his vision is well and truly mainstream.

For what they are, smartphone cameras have remarkable performance when it comes to detail, dynamic range, and even shooting in low-light. Can performance rival that of Canon EOS R6? Of course not, and it likely never will, at least not in our lifetime. But are smartphone cameras good enough to make compelling photographs? Absolutely. Check out our Flipboard magazine. You’ll be spoilt for choice when it comes to the number of amazing smartphone photographers we’ve shared.

I have several friends in the photo industry that shoot exclusively with smartphone cameras. When I speak to them, some share the push-back they receive from photographers who only use dedicated cameras. “You’re not a real photographer,” “You can’t make good photographs with a smartphone,” “Smartphone photographers are destroying the craft” are just some of the comments my friends have to bat away.

Did Smartphone Photographers Oversaturate the Industry?

If you think back to when the DSLR market started to become oversaturated, photographers rejected it and its impact. More affordable cameras meant higher demand for the products. More cameras in production meant more cameras in the hands of the people. Photography was no longer a rich man’s game (I say man because it was a male-dominated craft back then).

Then the smartphone camera went mainstream, and almost straight away everyone could make photographs. People who would never have considered educating themselves on the practice of photography were encouraged to take an interest. Tutorials increased across the industry, workshops were everywhere, and developers made apps so the average person could create “professional-like” images.

So, why would this be an issue for some? Well, let’s look at it from a basic human nature point of view. More people making photographs equates to there being more competition. From a professional standpoint, more people could take food off a professional’s plate.

When we feel threatened, a natural instinct is to defend ourselves. So, when an influx of smartphone photographers first appeared, it made sense people would question their credibility as real photographers. By putting them down, you’re pushing them out. Does that make it right? No. But it’s the industry we’re in and a harsh reality we must accept.

Another reason the purist may reject smartphone photographers is because of some of the actions of manufacturers. Companies claim their smartphone cameras are so awesome that people can use them to shoot anything, and that anyone can make professional-like images. But then they also use DSLR cameras and lie by saying they were made with their mobile devices.

This kind of false advertising gives dedicated camera photographers an opportunity to one-up smartphone photographers. If manufacturers were more transparent about their products, we might not find ourselves experiencing such a divide.

Things to Keep in Mind

In my opinion, the purist photographer vs. the smartphone photographer debate is often confused. If we’re putting the hardware head to head, there isn’t a competition. The smartphone camera is yet to really rival the image quality of a good point-and-shoot. So, pitting it against a top-level mirrorless is hardly fair.

However, could a professional photographer create a better image with a smartphone than a noob could with a mirrorless camera? Without a doubt, they could. And the distance in skill doesn’t need to be so extreme. There is an abundance of smartphone photographers who create better images than those with dedicated cameras.

Photography is the consumption of an image, not a camera. And if you feel threatened by the smartphone photographer, work on your skillset and make more compelling imagery.

Smartphone camera, DSLR, mirrorless, Polaroid, SLR, and any other device you can think of; it’s the end result that’s important. Amazing photography should be at the forefront of our industry, not the cameras. Because after all, the camera is just a tool, right?

What do you think of smartphone photography? Do you ever see smartphone cameras making the dedicated camera obsolete? Let us know in the comments below. Thanks for reading.