Which M43 System Has Held Its Value Better, Olympus or Panasonic? 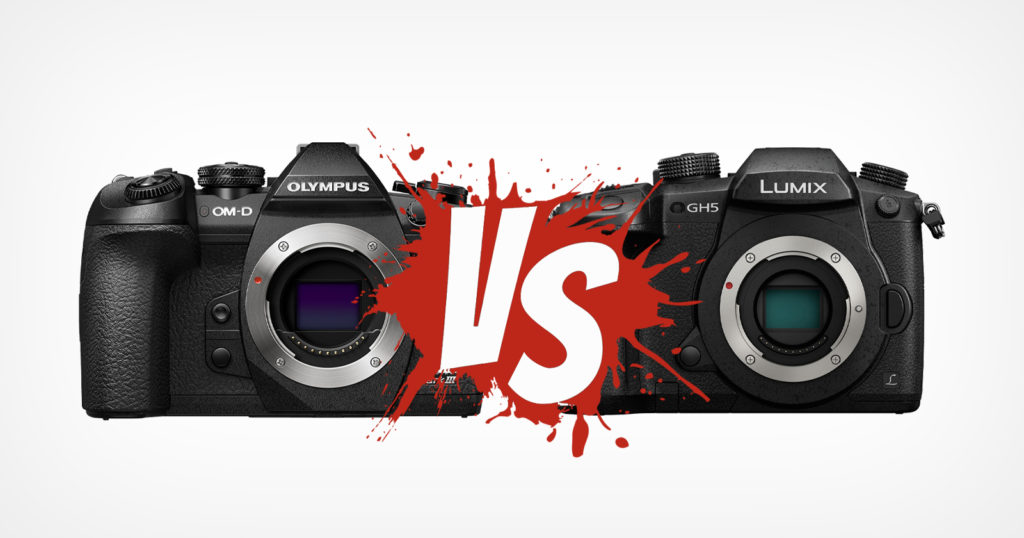 Previously, we looked at which line of Sony’s full-frame mirrorless cameras is most popular. Before that, we checked out which DSLR system held its value better over time. This time, we explore data from two Micro Four Thirds companies — Olympus and Panasonic — and see which system has held up better over time.

This story is part of KEH’s Tilt-Shift Report, where the company shares exclusive data and unique insights into the latest trends in camera gear buying, trading, and selling.

Let’s start with a little background.

Olympus and Panasonic jointly developed the Micro Four Thirds mirrorless system, based on the original Four Thirds system for DSLR. The sensor size didn’t change from one system to the next—it stayed at 18mm by 13.5mm—but the flange distance was reduced dramatically since moving away from the DSLR form factor. This allowed for smaller native lenses, as well as the ability to easily adapt vintage manual focus glass on these new mirrorless camera bodies.

The first M4/3 mirrorless camera body, the Lumix G1, was released back in October of 2008, with the Olympus E-P1 following in April of 2009. These cameras were a success, prized for their portability and new technology, helping to launch M4/3 into the mainstream. The fact that the two manufacturers shared a lens mount meant more glass options on the market, and more uniform compatibility with third-party accessories.

Now, nearly 13 years later, a lot has happened in the camera market and M4/3 is at a crossroads.

Manufacturers like Sony, Canon, Nikon, and even Panasonic themselves, have embraced full frame as the new standard, while Fujifilm has found success with a dual APS-C/medium format market strategy.

Micro Four Thirds currently finds itself in a difficult battle that it seemingly can’t win—factors like sensor size, resolution, and autofocus performance are of top importance to photographers right now, and M4/3 just can’t compete on those grounds.

Reading the tea leaves, Olympus has gotten out of the camera business altogether, selling their imaging division off to venture capital firm Japan Industrial Partners in 2020, putting the future of the storied Olympus brand in question. There’s a few items slated for release this year, but they were likely developed pre-sale, and there’s no indication that new ownership will invest in R&D or new product lines.

As I mentioned previously, Panasonic made the leap into full frame in 2019, aided by a newly formed lens partnership with Leica and Sigma, dubbed the L-mount Alliance. And although they’ve recently announced a couple of new M4/3 bodies — the high-end GH5 Mk II, slated for release any day now, and the GH6, which is currently in development — there’s no word on just how much they’re committed to M4/3 for the future.

With a decade-plus history of M4/3 in the balance at this pivotal moment, it’s a good time to take a look at some of our internal data and see which brand has held on to its value better.

Quick note on our terminology—the “Buy Price,” as you’ll see in the headings of the following graphs, denotes at what price customers buy these products from KEH. “Sell Price” is the average amount at which customers sell these products to KEH.

First off, here is the average price for M4/3 Olympus and Panasonic camera bodies over the last three years:

As you can see above, prices were even after 2018, but Olympus M4/3 camera bodies dipped further through 2019, before both brands stabilized and saw a slight increase as of late. Overall, Panasonic M4/3 camera bodies hold a slight edge, only losing about 8% in value over the last three years, whereas Olympus bodies have seen a larger decrease of 13%.

Next, let’s see how lens prices have changed.

Panasonic shows higher prices than Olympus, as well as a consistent increase in value over the last three years, whereas Olympus experienced a slight dip over 2019-20, before rallying and closing the gap with Panasonic recently.

Overall, Olympus M4/3 lenses have increased in value by 14% over the last three years, which is good news for those that have invested exclusively in Zuiko glass. Panasonic M4/3 lenses, by comparison, have risen by only 6%.

When we look at the other side of the coin, the prices at which customers have sold us M4/3 lenses have remained steady over the same period, showing a similar increase in value.

Camera bodies and lenses are only part of the equation though, let’s look at accessories and lighting as well.

Again, Panasonic has higher prices in both categories, but Olympus has shown a larger overall increase over the last three years. Olympus accessories have increased by 11% and Olympus lighting gear has grown in value by 4%.

In comparison, over the same period, Panasonic accessories have seen an 8% increase in price, whereas Panasonic lighting gear has dropped by 20%.

To recap, here’s how both brands performed in each category, for both Buy and Sell:

On the Buy side, Panasonic has an edge in camera bodies, whereas Olympus has fared better for lenses, accessories, and lighting. On the Sell side, Panasonic lenses have performed better by a hair, but otherwise, it’s the same story.

About the author: Luca Eandi is a Brooklyn-based street photographer, creative director for KEH Camera, and a board-certified human person. He recently published “Signs of Japan,” a long-term photography project documenting illustrated Japanese street signs in the Tokyo area. He posts his daily street photography work on his Instagram profile. This article was also published here.