What’s it like to shoot the Olympics? – Amateur Photographer 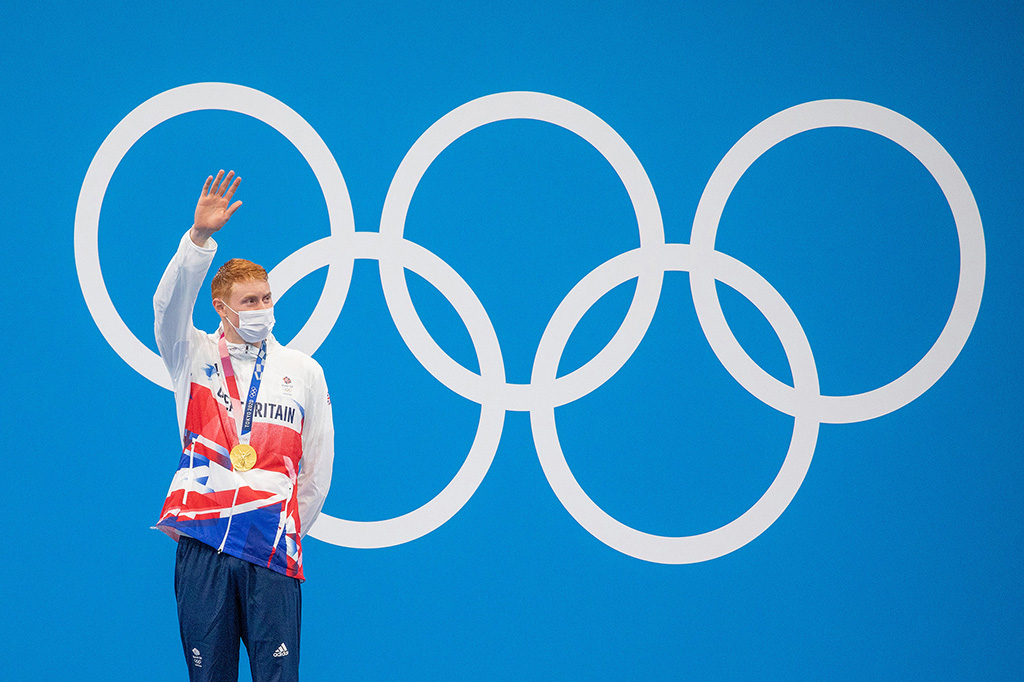 Despite his insanely busy schedule, Sam Mellish, a leading sports photographer commissioned by The British Olympic Association, found time to talk to AP’s Geoff Harris about his experiences of shooting this year’s Olympics, and some of the superb images he’s bagged so far. He’s noticed a lot more mirrorless cameras being used by his peers, too…

This must be a very surreal Olympics – compared to previous sporting events, do you find the absence of spectators a help or a hinderance when it comes to the photography?

It’s very surreal. The biggest sporting event in the world certainly feels ‘sedated’ from a venue point of view, but that doesn’t meant to say what you will see will be any less different to other games.

The athletes are giving it 110% and some. As we saw this week with the swimming 4x100m mixed medley relay breaking a world record and winning gold for Team GB.

Moving around venues is probably a little easier without the mass crowds, but theres nothing quite like the atmosphere of the home nations and visiting crowds to bring a venue to life. I’d take crowds and a slightly longer queue any day.

Tokyo 2020 Opening Ceremony on the 23rd of July 2021 at the Olympic Stadium in Tokyo, Japan. Photo by Sam Mellish / Team GB.

Has the lack of spectators/quiet stadiums given you better spots/access, or are you still pretty restricted where you can shoot from?

It’s dependant on venue. I was hoping the lack of people and the social distancing rules would allow us more freedom to roam, but the photo position are very controlled.

Is there a lot of Covid-related bureaucracy over there to wade through?

Lots. Daily saliva tests, temperature checks, hand sanitation at every turn and a strict a two-meter social distancing policy away from athletes. That’s the big one really – we’re all in the same boat when it comes to keeping everyone safe, but its doubly important we protect the athletes.

The other big consideration is keep the Japanese population safe. As a photographer, I’m allowed to visit the sporting venues and specific Team GB locations, so I have a very privileged role.

Can you remind us what gear – camera bodies, lenses, mainly – you chose to take out there and why?

My go to kit on a daily basis is the Canon 5D Mk III and Mk IV with the 100-400mm lens. I’m also using a mirrorless Lumix. The list below highlights what I brought out with me. I mostly used prime lenses during the preparation (‘prep’) camp.

Plus a lot of accessories, including a 2Tb LaCie rugged hard drive.

I’m noticing a big shift. I began seeing this in 2019 at the European Games in Minsk, then again when I shot the Youth Winter Olympics in Switzerland at the start of 2020. The amount of mirrorless cameras was a real indication that the shift had really began. I’m seeing photographers that were in Minsk and Youth Winter Olympics with completely new kit, all mirrorless.

What have been the highlights of the Olympics – photographically speaking – for you so far?

It’s a privilege to be here shooting this event. I arrived on the 10th July to document Team GB at prep camp, since then I’ve been shooting every day and will do until the end, next Sunday, the 8th. Prep camp was a real highlight as we were allowed to get much closer the the athletes and capture them train and acclimatise as we were in a Team GB bubble.

A few days ago I shot Andy Murray, and captured Adam Peaty win his second gold for Team GB in the men’s 100m Breaststroke. To be honest, the days just keep getting better. This morning I saw Charlotte Worthington go down in history with an insane run in the BMX freestyle final winning her Gold for Great Britain followed by photographing Ben Whittaker and Frazer Clarke win their bouts in boxing – both boxers will go on to medal matches. In the next hour or so I’ll be at the Olympic Stadium shooting athletics..

What events are you most looking forward to?

My career began shooting action sports and this has taken me around the world. So obviously to shoot skateboarding at the Olympics will be unreal, as will sports climbing will Shauna Coxsey. Boxing and Athletics are two others I’m really looking forward to.

Jennifer Gadirova on the Vault for Team GB during the women’s Artistic Gymnastics team final at the Tokyo 2020 Olympic Games on the 27th July 2021 at the Ariake Gymnastics Centre in Tokyo, Japan. The GB won Bronze medal and was made up of Jennifer and Jessica Gadirova, Alice Kinsella and Amelie Morgan Photo by Sam Mellish / Team GB.

Can you briefly describe your workflow in terms of taking the pictures and then transmitting them?

For Tokyo 2020, I’m commissioned by the British Olympic Association. The days are busy, often out of the hotel early and back late. I have a schedule, but as the days go on, things do change and planning may take a shift in direction.

My brief is to capture the medal moments, but equally important is to get around as many venues as possible so we have a good archive of whats happening. We want to show the story of what it takes to be an elite athlete and the highs and lows of this.

This style really suits my passion for documentary photography and my background in action sports. In terms of supply, the rule of thumb is get the work edited and uploaded as quickly as possible without sacrificing quality – if I need to push back on supply to do a tighter, better edit, I will.

I’m not competing with the press photographers. In fact, I will actually work with them, and our press officers, to get those post medal moments.. Rather than upload directly from my camera, I will review the images on my laptop and often send from either the press room, or during the live event. It’s quite a buzz to be shooting on minute, then editing and uploading the next.

There are three other photographers working with the BOA, and my role also is to manage their workflow coming into the Team GB photoserver. The photographers take care of themselves in terms of logistics, and we have an excellent comms team for back end support. It’s a strong team!

Sam is a freelance commercial and editorial photographer based in London. See his British Press Photographers Association page here and follow him on Twitter.

How UK athletes got ready for the Olympics