What Happens if Film Goes Through Airport CT Scanners? 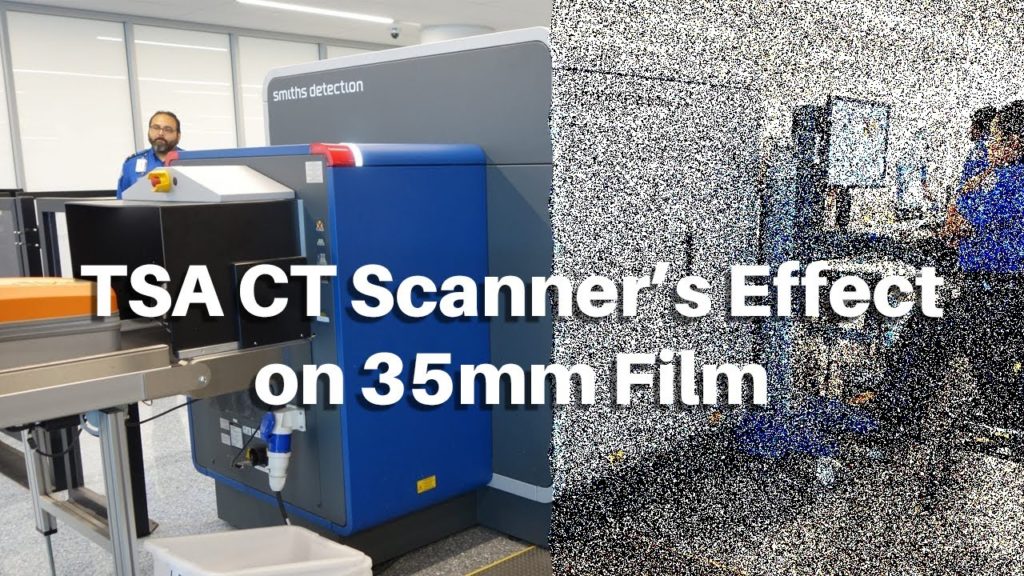 The United States Transportation Security Administration has rolled out the use of computed tomography (CT) scanners as the latest “threat detection” equipment scanner for airport security. As these are different from X-ray machines, what happens to film if it goes through one?

The use of CT scanners has become more widespread across the United States since the summer of 2020. Thes TSA says its scanners are similar to the ones used in the medical field and advances the current method of two-dimensional screening tech to what is now three-dimensional.

“The CT technology applies sophisticated algorithms for the detection of explosives and other threats by creating a 3-D image that can be viewed and rotated 360 degrees for a thorough analysis,” the TSA writes. “CT technology provides enhanced detection of threat items. Like existing CT technology used for checked baggage, the machines create such a clear picture of a bag’s contents that computers can automatically detect explosives, including liquids. In the future, the goal is to keep laptops and 3-1-1 liquids inside of the bag during checkpoint screening. Under current screening procedures for this technology, laptops are allowed to remain inside the bag for screening.”

In January of 2020, Kodak put out a warning that the CT scanners that the TSA were rolling out across the country would ruin film. Unfortunately, photographer Imran Nuri accidently forgot a roll of ISO 400, 120 film in his bag which went through a scanner in Rhode Island.

“On that roll, I had already taken pictures but hadn’t developed it yet,” he tells PetaPixel. “[After developing it], I noticed that the shadows seemed a little grainier than I would have expected. Combine that with articles that claim ‘just one scan from the CT Scanner could destroy your unprocessed film,’ and I was too scared to ever make the same mistake again.”

However, he later became curious about how much of an effect the CT scanners would have on film, and later returned to the airport specifically to further experiment.

“This time around, I wanted to control the experiment more. I sent one roll of Kodak Portra 400 that I had not yet taken pictures on through a TSA CT scanner at BWI airport,” Nuri says. “The roll only went through security one time and was not sent through the TSA CT scanner again after I shot the photos. I then loaded that roll into a 35mm camera with a 50mm lens and loaded a separate 35mm camera with a 50mm lens with a fresh, unharmed roll. I shot the exact same pictures using the same settings on both cameras for each shot so that I could compare them side-by-side as accurately as possible.”

Nuri found that while only the darkest shadows may have lost a negligible amount of detail, the film was relatively unharmed.

In his testing, Nuri says that one scan through the new CT scanners before you take any exposure will not noticeably damage film, assuming the photos are properly exposed later. However, sending a roll that already has photos on it through the TSA CT scanner will damage them with a noticeable loss of detail in the shadows.

“It’s still highly recommended to have TSA hand check all your film while going through security,” Nuri concludes.

Image credits: Photos by Imran Nuri and used with permission.