What are the smallest, most portable mirrorless cameras? – Amateur Photographer 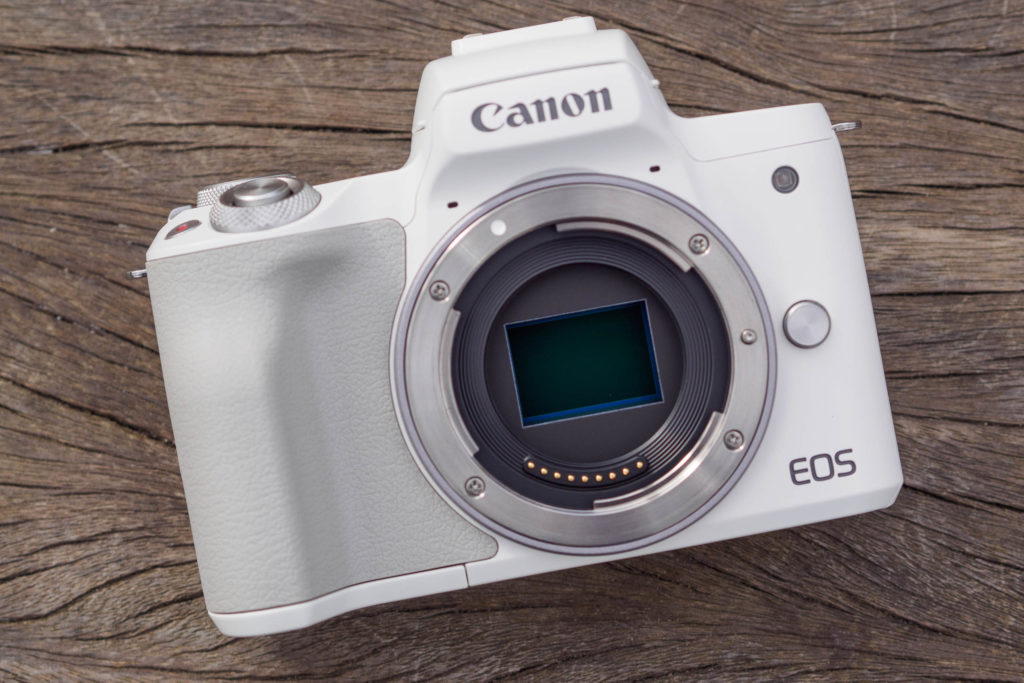 If you’re looking for the best small and compact mirrorless camera, then you’ve come to the right place. When mirrorless cameras first came out, particularly under the Micro Four Thirds banner, a big selling point was their relatively small size and weight compared to DSLRs, making them ideal for travel. Now, however, this promise seems to have been forgotten; in the rush to squeeze in cutting-edge technology, some of the latest full-frame mirrorless models, particularly at the higher end, are as bulky as a lot of their mirrored brethren.

Fortunately, there are still a lot of relatively small and light mirrorless models to choose from if you don’t need full frame. Although recreational travel may be off the agenda right now, the cameras we’ve chosen below are ideal for carrying around on essential journeys and during daily exercise, without getting backache or needing a rucksack.

Combining photography with another activity makes a small camera with a decent-sized sensor preferable to a bulky full-frame DSLR, so in this post we’ve picked our favourite APS-C and Micro Four Thirds cameras to carry everywhere.

Focusing: Up to 3975 phase-detection AF points

The Canon EOS M50 II is a minor update to the original M50, but it delivers the specification and performance that enthusiasts would expect from a small camera, with a nicely designed camera body that makes it feel like a mini-DSLR.

It features a 24.1 Mp APS-C format sensor paired with the Digic 8 processing engine to enable a native sensitivity range of ISO 100-25,600, continuous shooting at up to 10fps (frames per second) and 4K video-recording capability.

Despite the 1.6x crop applied to 4K video, but perhaps thanks to its vari-angle screen and excellent touch-control, the Canon M50 has been very popular camera amongst vloggers. Stills photographers will also appreciate the built-in viewfinder and snappy phase detection focusing.

Looking very much like a mini-Canon DSLR, the M50 II weighs just 387g and its mode dial has the enthusiast’s favourite PASM options as well as Scene Intelligent Auto, Creative Assist and Scene for novice photographers. Helpfully, the interface can be switched between Guided and Standard mode to suite these different audiences.

Focusing: Up to 143 phase-detection AF points

Canon used the same 32.5Mp APS-C format Dual Pixel CMOS sensor for the M6 Mark II as is in the Canon 90D DSLR. The chip is also paired with the Digic 8 processing engine to give a maximum shooting rate of 14fps that can be maintained for up to 23 raw files or 54 JPEGs with continuous focusing.

Combine that fast-shooting capability with the M6 II’s excellent 143-point phase detection AF system, which copes extremely well with low light, and you have a versatile mirrorless camera.

Unlike the M50 and M50 II, which has a vari-angle screen, the M6 II has a screen that can only be tilted up or down. However, there’s no additional crop applied to 4K video which means that movies have the same angle of view as stills.

Canon decided to make a viewfinder optional with the M6 II. That means that there isn’t one built in but it is compatible with Canon’s EVF-DFC2. This has a 0.39-inch 2.36-miliion dot display and connects via the camera’s hotshoe. It’s a worthwhile addition but it bumps up the cost and size of this superb little camera. Without the optional viewfinder, this is a very compact camera, and one of the lighter models.

The Fujifilm X-T30 is basically a smaller, lighter and more affordable alternative to the Fujifilm X-T3 and X-T4 as it features the same 26.1Mp 4th generation X-Trans CMOS sensor and processor. There are also 2.16-million phase detection pixels covering 100% of the frame and up to 425 user-selectable AF points.

Shutter speed and exposure compensation dials help give the X-T30 old-school looks and handling designed to appeal to traditionalists who will love the Fuji’s range of X-Mount lenses that feature an aperture ring.

Along with that traditional appearance, the X-T30 has some great modern technology, including a responsive tilting touch-screen, fast autofocusing and an excellent 0.39-inch 2,360,000-dot OLED viewfinder.

Although it’s not weather-sealed, its magnesium alloy construction gives the X-T30 a solid feel and its handling is generally very good aside from the location of the Q button which means it’s a bit too easy to accidentally activate the quick menu.

The Fujifilm X-S10 is the Fuji APS-C format camera for photographers who don’t want traditional exposure controls. It has much of the same technology as the X-T30 (and X-T3 and X-T4) including the 26.1Mp X-Trans CMOS 4 sensor and X Processor 4, but there’s an exposure mode dial instead of the shutter speed dial and the aperture can be adjusted either via a lens ring or a command dial on the camera body.

In a step up from the X-T30, the X-S10 has a vari-angle touchscreen and a very effective in-body image stabilisation (IBIS) system that enables up to 6EV shutter speed compensation.

As an X-series camera, the X-S10 benefits from Fujifilm’s superb colour science and there’s an extensive collection of Film Simulation modes that can be used to give JPEGs and videos colours, tones and contrast to suit the subject, shooting conditions and photographer’s preference.

As a Micro Four Thirds camera, the Olympus OM-D E-M10 Mark IV has a smaller than APS-C format sensor, which gives it an advantage for size and weight. Indeed, with the Olympus 14-42mm F3.5-5.6 EZ lens mounted, it could easily pass for a compact camera.

In a key difference from the Olympus E-M5 Mark III above it in the Olympus line-up, the E-M10 Mark IV doesn’t have phase detection autofocusing and relies on contrast detection alone. This is pretty dependable for still and slow-moving subjects, but it’s not ideal for sport and action photography.

Despite its entry-level status, the E-M10 IV has Olympus’s excellent Live Time and Live Composite modes, which take the sweat out of long exposure images, with Live Composite mode being especially useful for light painting, traffic trail and firework images.

There’s also a very good image stabilisation system, a long list of Art Filters, which are of use for stills and video, and a screen that can flip through 180° to be visible from in front of the camera.

Panasonic’s GX80 is another Micro Four Thirds camera that can hide amongst compact cameras and go unnoticed. Inside it has a 16Mp Four Thirds type CMOS sensor with a standard sensitivity range of ISO 200-25,600 that can be expanded down to ISO 100.

Unlike the other cameras in this buyer’s guide, the GX80 has a rectangular rangefinder-like design with the viewfinder in the left corner of its body, and this makes it one of the smallest cameras here. You can also pair it with the tiny 12-32mm lens, or any number of other compact Micro Four Thirds lenses.

The GX80 packs a couple of features that are unique to Panasonic. For example, the 4K Photo mode enables you to shoot at 30fps the extract 8Mp images from the footage with ease in-camera. It’s great for capturing split-second moments like a water splash or a fleeting facial expressions.

There’s also 4K Post-focus mode in which the camera shoots a series of images at different focus distances. You can then select where you want the focus to be with a tap on the screen post-capture.

Like the Olympus E-M10 IV, the GX80 uses contrast detection for autofocusing and it’s pretty snappy, even coping quite well with low light and moving subjects.

Panasonic’s superb Dual IS system which corrects for camera shake around 5 axes is also on hand.

The Nikon Z50 is the first (and so far only) of Nikon Z-series of mirrorless cameras to feature an APS-C format rather than full-frame sensor. However, it has the same mount as Nikon’s other mirrorless cameras, which means it can use both full-frame and APS-C (DX) format lenses.

Nikon opted for a 20.9-million-pixel sensor and Expeed 6 processing engine for the Z50. This combination enables a native sensitivity range of ISO 100-51,200 (expandable to ISO 204,800) and a maximum continuous shooting rate of 11fps with continuous autofocusing and exposure metering.

The hybrid AF system uses both contrast and phase detection and offers a total of 209 phase detection points covering the majority of the sensor. It’s a dependable performer that works well with still and moving subjects.

Like the rest of the Z-series, the Nikon Z50’s control layout and user interface are very well-thought, making it a delight to use. At 3.2-inches, the screen on the back of the camera is the largest in this list and it’s very responsive to touch, giving an intuitive way of controlling the camera. It can also be tilted down through 180° for viewing from in front of the camera.

What are the best mirrorless cameras you can buy?