What are the best cheap full-frame cameras – Amateur Photographer 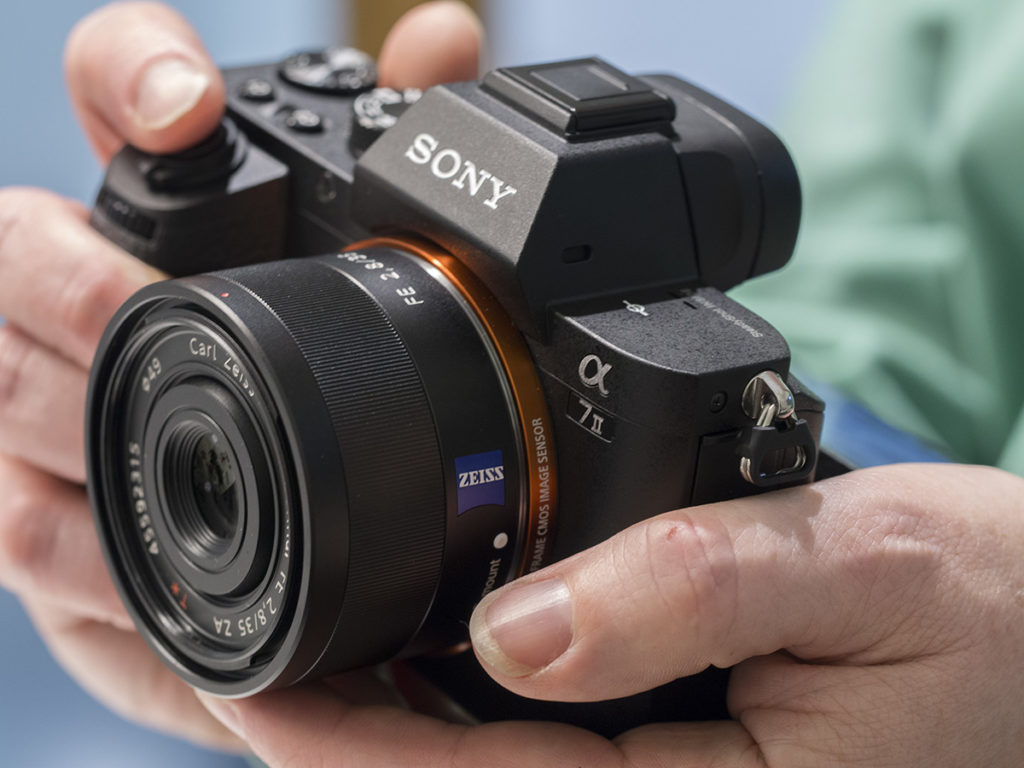 The sensor is usually the most expensive component in a camera, so naturally, full-frame cameras are more expensive than their APS-C and Micro Four Thirds format counterparts. However, that doesn’t mean that there aren’t some good bargains available for new full-frame cameras. Here’s our pick of the best cheap full-frame cameras, both DSLRs and mirrorless cameras, just in time for your last minute shopping. You’ll find some of our recommendations aren’t the latest model, and there’s a simple reason for that: you can save a LOT of money by going for a previous model.

Sony may have introduced the Sony A7 III back in February 2018, but the A7 II is still available to buy new, and at less than £1000 body-only, it’s a real bargain. The A7 II is a mirrorless camera with a 24MP CMOS sensor harnessed to a Bionz X processor, 5-axis in-body image stabilisation, a hybrid AF system with 117 phase detection points, 5fps continuous shooting and the ability to shoot Full HD video with the S-Log 2 gamma. In addition, the A7 II’s magnesium alloy body is weather-sealed and its grip is much improved upon the one on the original A7. Our tests found the A7 II is a snappy performer and it can capture sharp images of fast-moving subjects, but it’s not quite up to the pace fo the most recent models so it’s most at home with stationary or slow-moving targets.

The Sony Alpha A7 II uses the Sony E-Mount, and there are a wide range of lenses available, so you should be able to find the right lens for you.

Nikon’s D750 has been a popular choice of DSLR for enthusiast, semi-pro and pro photographers, and at under £1,200 body-only, it’s still an attractive proposition. Inside the D750 is 24.3MP full-frame CMOS sensor with an optical low-pass filter to cut out moire patterning.

This chip is paired with an Expeed 4 processing engine which enables a continuous shooting rate of 6.5fps. Although D750 pre-dates Nikon’s SnapBridge technology, it has Wi-Fi connectivity to enable image-sharing and remote control via a smartphone running Nikon’s Wireless Mobile Utility app. Nikon uses a monocoque design for the D750 and it’s made from a mix of thermoplastic and carbon fibre with magnesium alloy to and bottom sections. It adds up to a rugged and solid-feeling camera.

There are 51 user-selectable AF points and the D750 gets subjects sharp very quickly, even in very gloomy conditions when you’re composing in the viewfinder. As you’d expect, the image quality from the Nikon D750 is excellent up to around ISO 1600 and there’s good dynamic range, but the Highlight Metering Mode is especially useful when it’s essential to avoid blown-out highlights.

Using the Nikon F-mount, there are a wide range of lenses available, starting with affordable 50mm lenses, like the “nifty fifty” Nikon 50mm f/1.8G lens, going all the way up to 800mm telephoto lenses.

With 42.4million effective pixels on its backside-illuminated sensor, the mirrorless A7R II is the highest-resolution camera in our line-up here. Despite that high pixel count, the A7R II’s Bionz X processing engine still enables full-resolution shooting at up to 5fps.

There’s also a hybrid autofocus system with 399 user-selectable AF points that cover 45% of the imaging area, which means that you can target the subject precisely. It’s also pretty fast, but the A7R II is more likely to appeal to landscape photographers than avid sport-shooters.

The Sony A7R II is also capable of recording 4K video. What’s more, in Super 35mm mode there’s no pixel binning and features such as S-Log2 Gammas and Time Code are on hand along with 3.5mm ports to connect an external mic and headphones.

The camera benefits from 5-axis In Body Image Stabilisation (IBIS), and this works with any lens attached to the camera, great for using budget lenses without optical image stabilisation, or even old manual lenses used with an adapter. As this camera is getting on in years, your only option may be to look for this model second hand.

Although it’s a DSLR the 26.2Mp 6D Mark II has a Dual Pixel CMOS AF design sensor which means that it uses phase detection autofocusing in Live View mode as well as when the viewfinder is used to compose images. Consequently, it focuses quickly and accurately however you decide to compose your shots, but it’s worth bearing in mind that the 63 AF points that are available in the viewfinder are grouped quite close around the centre of the frame.

The snappy focusing in Live View mode is especially useful on the 6D Mark II because it has a vari-angle screen that can be angled for viewing from any angle whether you’re shooting landscape or portrait format images. Canon has also done a great job of implementing touch control so you adjust settings and set the active AF point by tapping on the screen.

That screen is also of use when you’re shooting video, which tops out at Full HD (1920×1080) at 59.94fps. Further good news is that the 6D II maintains its good detail resolution up to around ISO 6,400, making it a versatile all-rounder.

The Canon EOS RP was the second full-frame mirrorless camera in Canon’s line-up and it’s designed to compact and affordable.

Like the Canon 6D Mark II, the EOS RP has a Dual Pixel CMOS AF design sensor, however it has a remarkable 4779 selectable AF points. Also, as the RP is a mirrorless camera, those points area accessible for use whether the image is compose in the electronic viewfinder or on the 3-inch 1.04-million-dot vari-angle touchscreen. In a step-up from the 6D Mark II, the RP is capable of shooting 4K UHD (3840×2160) video at up to 25fps. And of course, you get to use the excellent AF system for shooting video as well as stills.

Canon DSLR photographers looking to switch to a mirrorless camera will appreciate the familiar handling of the RP and can use the existing EF mount lenses via an adapter. They won’t be disappointed by the images which have excellent levels of detail up to around ISO 12,800.

There are a range of RF mount lenses, but as with any relatively new camera system, it would be wise to have a look at what lenses are available, and how much they cost before investing in a new system.

As it was announced in July 2020, the Nikon Z5 is the newest camera to make it on to our list. It was introduced as the ‘catalyst’ camera that triggers DSLR or APS-C format photographers to invest in a full-frame mirrorless model.

It’s also Nikon’s most affordable full-frame mirrorless camera which means there are a few compromises in comparison with the 24.5MP Z6 above it in Nikon’s mirrorless camera range, but it still has plenty to appeal to experienced photographers.

For example, while the Z5’s 24.3Mp sensor has standard design and isn’t backside illuminated, it has a 273-point hybrid AF system with Eye-detection for humans and animals in stills mode. There’s also the same 0.39-inch 3,690,000-dot OLED electronic viewfinder as Nikon’s other full-framers, a responsive 3.2-inch 1,040,000-dot tilting touchscreen and dual SD card ports plus 4K video capability.

With detail being maintained well up to around ISO 12,800 and good dynamic range, the Z5 is a strong contender for your attention.

The Nikon Z series has a growing range of Z-mount lenses, but as they’re all new, and mostly premium optics, you may want to have a look through your options, as some of them can be quite pricey.