What are the best bridge cameras? – Amateur Photographer 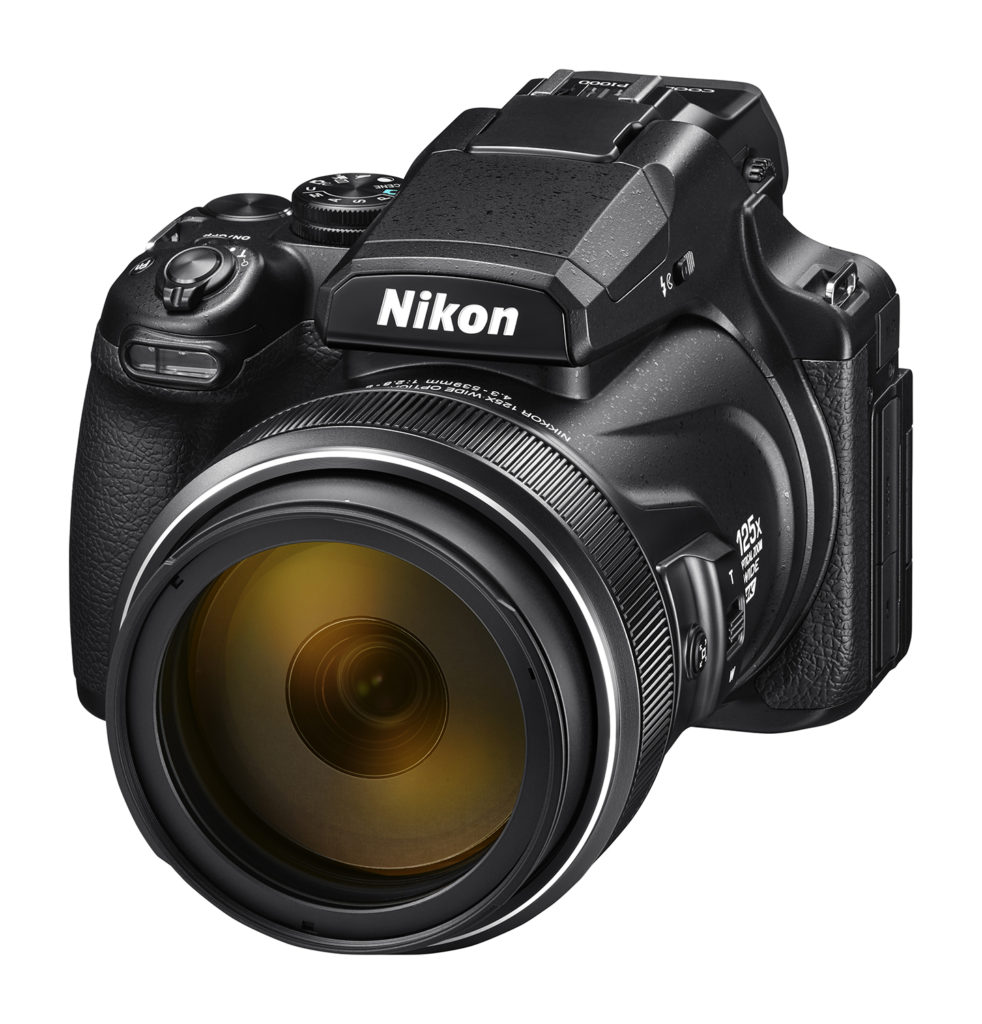 If you’ve never heard of bridge cameras, it may be because they’re often called by different names. Superzooms is one common alternative term, or ultra-zoom, while these clever cameras are even referred to as ‘all-in-ones’ too. The general classification is that the camera is fitted with one fixed lens that covers a focal length from wide-angle to 400mm, although as you’ll see, some bridge cameras in our round-up offer much, much longer focal lengths.

This means photographers can switch from capturing wide-angle landscapes, to mid-telephoto portraits, to long lens wildlife and travel imagery with just the twist of the lens barrel. Such versatility makes bridge cameras popular with those who travel as they don’t have to pack a bag full of lenses, but the cameras are also popular with wildlife photographers, especially birders who really need those longer focal lengths.

Of course, there are compromises with bridge cameras that don’t exist with DSLRs such as burst rates and focusing speeds and this previously caused a lot of people to overlook bridge cameras. However, technology has caught up rapidly and now bridge cameras can be fast, reliable and versatile, which is why we’ve rounded up the best options you can buy to help you make an informed buying decision…

Launched in January 2020, the P950 is built around a 16-megapixel sensor and boasts an 83x optical zoom magnification, giving an huge equivalent focal length of 24-2000mm – yep, you did read that correctly – from the fixed lens that features a variable maximum aperture of f/2.8-6.5. This huge focal length is obviously the headline feature but there’s a lot more to this camera, too.

The P950 benefits from Optical Vibration Reduction to help keep shots steady – especially at longer focal lengths and those shooting stills will be pleased to hear you can capture RAWs as well as JPEGs, affording more potential when editing the files in software such as Lightroom.

Scenes can be lined up using the 3.2-inch LCD, which benefits from a vari-angle design and the P950 is fairly speedy, offering a maximum burst rate of 7 frames per second. What’s more, those wanting to capture film as well as stills will be pleased to hear the P950 records videos in ultra high-quality 4K.

Although it sits at the higher end of the price scale, the RX10 IV is the perfect example of how new technology can supercharge a bridge camera. At the heart of the RX10 IV is a 1.0-type sensor that delivers an impressive 20-megapixels of resolution, and upto 24fps continuous shooting. This is a high figure for a bridge camera and will allow photographers to not only make big prints of their images, but also crop into frames without overly compromising image quality.

A 25x optical zoom results in an equivalent focal length of 24-600mm – more than enough to prove effective in the bird hide although not as long as Nikon’s P950. That said, the fixed lens is fairly fast, with a variable aperture of f/2.8 at the wide end and f/4 at the long end.

An advanced autofocus system enables the camera to lock onto subjects in just 0.03 seconds but the RX10 IV’s most impressive feature is perhaps the video specifications – not only can the camera capture footage at 4K quality, but the Sony also offers a feature that shoots footage at 1000fps in short bursts to capture ultra slow-motion sequences.

If you’re on the lookout for a bridge camera that gives maximum bang for your buck, the Canon SX70 HS should definitely be on your shortlist. This sub-£500 camera offers a huge 63x optical zoom, which results in an equivalent focal range of 21-1365mm from the f/3.4-6.5 fixed lens.

With a 20-megapixel sensor and Canon’s powerful DIGIC 8 processor, the SX70 HS is an impressive all-rounder and also features an ISO range of 100-3200 along with a fast burst rate of 10 frames per second (5.7fps with continuous AF).

What’s more, the SX70 HS is also a lot more portable than other bridge cameras, tipping the scales at just 608g and the design and shape of the SX70 HS is a lot more like a typical DSLR. Photographers can line up compositions using the 3-inch vari-angle LCD, which also comes in useful when capturing 4K video and users can quickly transfer content to smart devices thanks to the built-in Wi-Fi.

Although a little older than other cameras in this round-up (the FZ1000 II was launched back in early 2019), this interesting bridge camera still has a lot to offer. The 1-inch MOS Sensor delivers 20-megapixels of resolution while a 16x optical zoom offers an equivalent focal length of 25-400mm, which is at the lower end of what you would expect from a bridge camera’s focal length but is still enough to help capture wildlife imagery without the need to get up close to subjects.

As you’d expect from Panasonic who have a rich pedigree in stabilising technology, the FZ1000 II benefits from a 5-axis In Body Image Stabilisation (IBIS) system that helps keep shots sharp, particularly at longer focal lengths where shake can be more prevalent.

Image can be lined up via the 3-inch touch-sensitive vari-angle LCD or by using the Electronic Viewfinder (EVF), which features a 2360k dot resolution. With 4K video specifications, the FZ1000 II is also fairly lightweight and portable, tipping the scales at only 810g.

The P1000 can rightly hold claim to the ‘king of focal lengths’ title as this impressive camera offers an incredible 125x optical zoom that delivers an equivalent focal length of 24-3000mm – that is a remarkable feat and also opens up new creative possibilities as the P1000 can be used to excellent effect when capturing astrophotography, along with wildlife imagery, travel photography and pretty much everything in between.

Granted, the 16-megapixel sensor isn’t as high as other cameras in this round up, but this is a camera for somebody who prefers focal length over resolution. The P1000 benefits from a big 3.2-inch LCD that employs a vari-angle design to aid low/high compositions and there’s also an Electronic Viewfinder (EVF) with 2,360k-dot resolution.

Be honest, did you know Leica made a bridge camera? Well, they do and the V-Lux 5 not only benefits from that classic Leica design, but also offers a 1-inch sensor that delivers 20-megapixels of resolution. The fixed lens serves up a 16x optical zoom which results in an equivalent focal length of 25-400mm with a variable maximum aperture of f/2.8 to f/4.

The advanced autofocus system enables photographers to lock onto subjects in 0.1 seconds and images can be lined up via the 3-inch vari-angle screen or using the Electronic Viewfinder. The V-Lux 5 can be charged on the go, via a USB connection, which will appeal to photographers who are traveling and therefore away from mains power for lengthy periods.

Other noteworthy features include an impressive maximum burst rate 12 frames per second, which will help wildlife photographers capture split-second moments and the ability to shoot 4K video.

Some people may be put off by the bulk of a bridge camera, but it doesn’t have to be this way. You’ll notice the Canon G3 X looks more like a compact camera rather than the DSLR shape of cameras like the P1000, but this portable pocket rocket can still offer a versatile focal range of 24-600mm from the variable max F2.8-5.6 aperture 25x optical zoom lens, which will cover everything from wide-angle landscapes to long lens travel photography.

Despite being a little older than other cameras in this round-up, the G3 X (launched back in 2015) still offers an impressive resolution of 20-megapixels, which should be plenty to make big A3 prints from the files. Features include optical image stabilisation, a 3.2-inch tilting touch-sensitive LCD and a built-in ND filter, just in case you want to try your hand at some long exposures.

While the video specifications top out at Full HD rather than 4K, the G3 X does include ports for both headphones and an external mic so enhanced audio can be captured and monitored and this makes the G3 X a left-field choice for a videographer’s B-camera to capture footage from a great distance.

What are the best DSLRs you can buy?