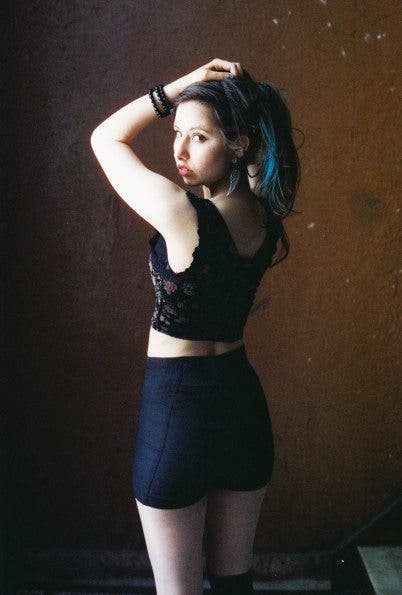 We know some of you are looking for the same look of CineStill 800T in digital, but it’s not possible.

I could end this post with the statement above. But it’s true, the look of CineStill 800T isn’t possible without lots of post-production. You can’t get it right out of the camera. You can come close to it, though, just by shooting at 3200K Tungsten white balance. But if anything, it delivers more of the look of a pure Tungsten Film. CineStill has a special, magical process that makes gives it its unique image quality. But if you want it in post-production, you’d need to really work at it. We’ll explain it to you here, but we also believe that you should just give in a shoot some film.

CineStill 800T is a cinema film. It can be developed with the C41 film process because they removed what’s called the Remjet layer. If that’s still intact, then you basically have SILBERSALZ 35 film. It too is a beautiful film, but it doesn’t have the unique look CineStill has. Removing the Remjet layer, C41 lets the halide crystals react when looking at lights. That’s how they get that special look. Some folks hate it, but most millennials and zoomers really like it. We’ve interviewed a bunch of photographers who shoot CineStill 800T.

So why can’t you do it digitally in-camera? Well, there hasn’t been a similar process developed just yet. Most digital photography is designed to emulate Infrared or visible spectrum shooting. CineStill is totally unique and something special. Similar to Lomography LomoChrome purple, you can’t quite get it digitally. Many people have tried to emulate the look, including our favorite preset company, RNI Films. But they haven’t gotten it yet. No one I know has gotten anywhere close. I’ve got a lot of LomoChrome purple too, so I’d really know how it works. CineStill 800T is a unique film that can’t be duplicated digitally.

That’s the main strength of film, and I think this will be the best thing going forward. Digital can emulate the look of film enough to satisfy most photographers. But for film to really survive, it needs to become something that digital can’t be. Film like CineStill and some of Lomography’s newer emulsions are just that.

As I’ve always said, I think passionate photographers should experiment with every single medium the art form offers. Shoot film, Instax, Polaroids, large format, medium format, 35mm, APS-C, Micro Four thirds, daguerreotype, tintype, etc. I think this should be the case for hobbyist shooting needs. If this were school, it would be similar to test-taking. But in this case, what we’re doing is fostering actual creativity and not rewarding the same habits over and over. The photo industry genuinely needs innovation.

Beyond that, shooting different mediums changes the way you can shoot. You’re not going to improve if you just shoot the same digital camera, the same lens, and do the same editing all the time. And if you don’t care, then chances are that you probably shoot just to satisfy an algorithm. (I hope you admit that to yourself.) Unless there’s a major economic reason why you can’t shoot another medium, then go shoot them all.