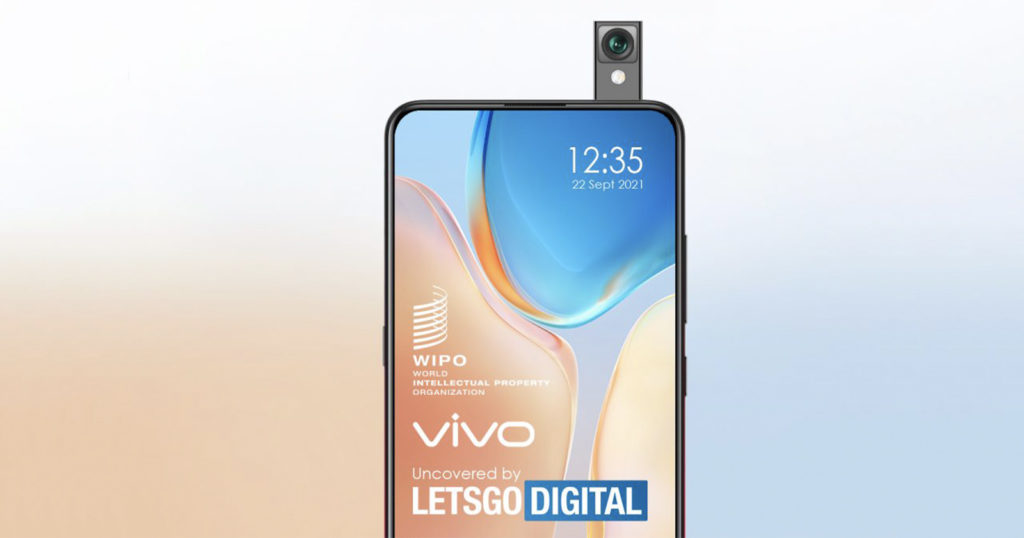 Vivo has designed a detachable pop-up camera system that consists of three total cameras and two flashes and runs on its own built-in battery.

Detachable smartphone cameras are not a new concept, at least in the design phase. For example, Vivo itself explored the idea of a small detachable phone camera with its own touch-display earlier this month, which was built upon a 2020 prototype that showed a smartphone design with a detachable front camera.

This time, Vivo designed a double-sided pop-up camera that may be the most advanced and practical design yet. The patent — as found and illustrated by LetsGoDigital — shows a Vivo smartphone with a full-screen design and a pop-up camera situated in the top right corner.

The system can be used for selfies and video calls and has a dual-camera integrated onto the back of the pop-up system. This acts as the main camera, giving users a total of three cameras and two flashes.

The pop-up camera can be fully removed and fixed at different angles thanks to a hinge. Users can make the most of the camera by placing it on a flat surface to take photos from a distance — similar to using a camera with a remote shutter — or by holding it in hand as a selfie stick.

This detachable camera system has a built-in battery which means it can be used independently from the smartphone. If the battery runs low, users can attach it back onto the smartphone to charge it from the main body’s battery. This is done using a sliding rail, with additional magnets to prevent the camera from accidentally detaching.

As it’s a double-sided camera, the system detects which side the user is on. This design also gives Vivo the option to add a Dual-View video function in the future.

LetsGoDigital explains that the patent doesn’t mention what type of cameras are to be used with this design but instead it is stated that the camera will have different apertures “for all-round photography possibilities.”

With numerous detachable camera system patents under its belt, it is seemingly increasingly likely that Vivo will at some point manufacture a finished smartphone that tries it, though it’s unclear how successful such a design would be. There are no doubt practical applications that a removable module would certainly make easier, but the increased possibility of losing those critical parts may outweigh the benefits.

Vivo isn’t the only one who is testing the design waters with a removable camera system. Oppo has also patented a detachable camera module design, although it is considerably bulkier in comparison to Vivo’s. Samsung has considered integrating a smartphone camera into its S Pen.

The full patent application can be viewed on LetsGoDigital.