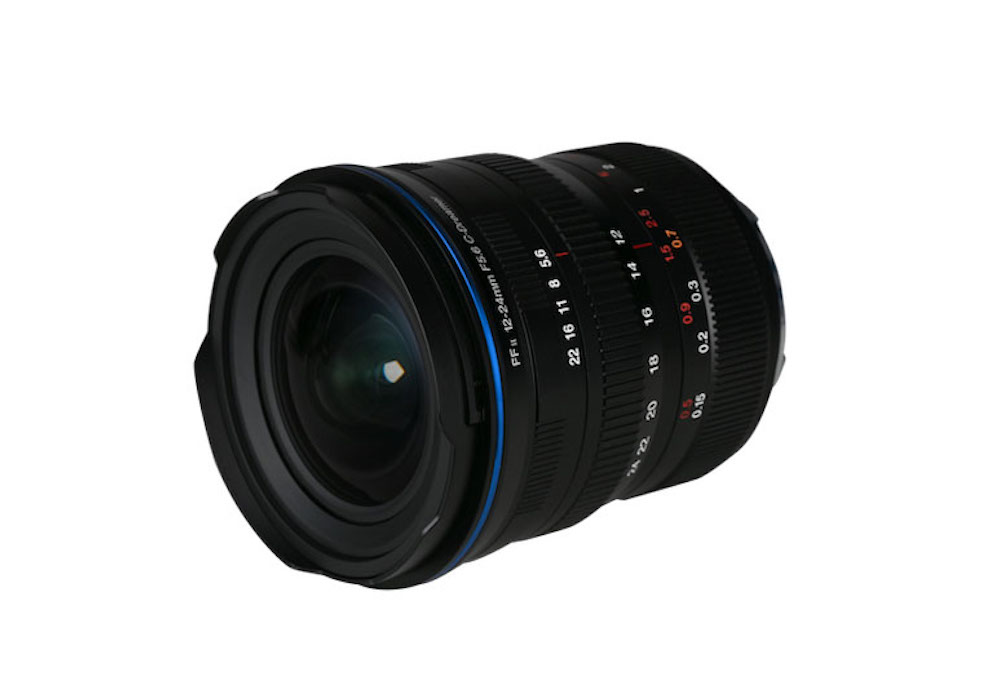 Venus Optics has billed it as an ‘ultra-compact zoom lens’ that offers an angle of view from an ultra-wide 121.9° to 84°.

It has a closest focusing distance of 15cm and Venus Optics bills the lens as, ‘perfect for travel and landscape photography.’

The new 12-24mm zoom is designed with a five-bladed aperture, which is said to produce a ‘stunning 10-point Sunstar’ when the aperture is ‘slightly stopped down.’

The lens comes with an adapter ring that you can use with 77mm filters. The adapter ring also doubles up as a lens hood.

The optical make-up of the lens is 15 elements in 11 groups.

Those 15 elements include two aspherical elements and three ED elements.

The front element includes a ‘Frog-Eye Coating’ (aka FEC), which repels dust and water.

The lens has three control rings – a focus ring, a zoom ring and a manual aperture ring.

The largest of these is the focusing ring.

The lens includes an engraved focus scale in imperial and metric units.

The Laowa 12-24mm F5.6 is available to purchase via Venus Optics and authorised resellers.

The lens is £729 in Canon RF, Nikon Z and Sony E mount versions.

The exact price for the Leica M-mount version is yet to be confirmed, but may be slightly more than £729.