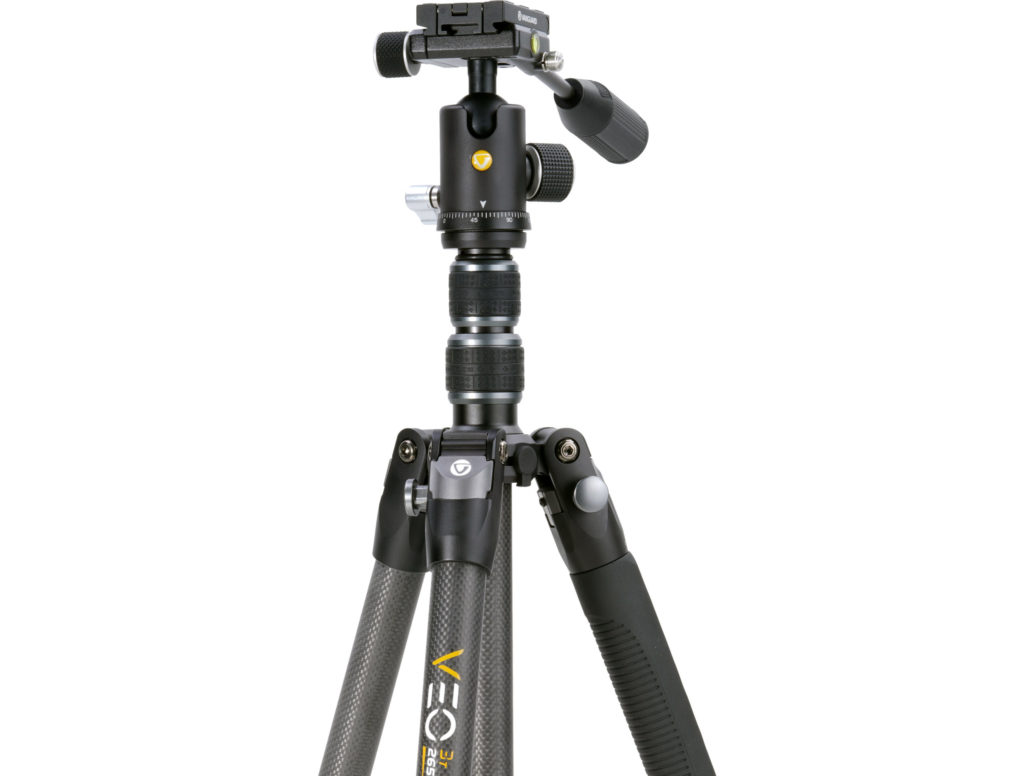 Vanguard has announced it will be launching a new travel tripod, VEO 3T, at The Photography Show this weekend. Find out more below

With an ever-growing choice of social media channels, the demand for kit that can help your content stand out from the crowd is growing, whether you’re using a professional level camera, or a smartphone. Vanguard has recognised that their customers are often photographers first, but still want to create content for their YouTube or TikTok channel, without having to purchase a brand-new set of kit.

The VEO 3T includes everything you’d expect in a high quality travel tripod, with additional features that help anyone get the best result for their video with a camera or smartphone.

For photographers, these travel tripods deliver a solid, stable platform that hold up to 12kg, yet fold down to as little as 41cm and include a host of features that customers have come to expect from Vanguard, such as Arca compatible heads, a low angle adaptor, hook at the base of the central column for attaching additional weight, spiked feet and a tripod bag.

For vloggers, these travel tripods include an Arca compatible ball head that comes with a removable pan-handle, allowing greater control while filming. They also introduce a new Arca compatible quick release plate that can hold a camera or smartphone up to 85mm wide, and a Bluetooth remote control for IOS or Android

All VEO 3T heads include a removable and telescopic pan-handle, with a separate pan-lock. For mid to full sized tripods the VEO BP-120T that comes with the VEO 3T 265HABP (aluminium) or VEO 3T 265HCBP (carbon fibre) has a load capacity of up to 12kg and a 58mm base diameter.

For travel tripods and monopods, will be the VEO BP-45 with a 4kg load capacity and a 42mm base.

These heads will be available to buy separately in November 2021.

The VEO 3T series also includes the new Arca compatible QS-72T quick release plate that acts as a long (70mm) quick release plate, or can convert to hold a smartphone up to 85mm wide by simply lifting the central column and inserting the smartphone, which is held in place by a sprung clamp.

On the tripod canopy, there are also two 3/8” threads to attach another two tripod support arms, and even more accessories. This combination offers any photographer or vlogger the ability to use one support to hold multiple accessories to maximise any shoot, all on a single travel tripod.

For vloggers or photographers looking to capture low angle or macro shots, the VEO 3T includes 3-easy set leg angles (20°, 50° and 80°) and has a reversible central column for a quick setup. Alternatively, they can set up the low angle adaptor provided which has a 1/4” thread to fit any tripod head (though will need an adaptor for 3/8” threads).

The VEO 3T also includes a leg that converts to a monopod in seconds. Perfect for those shots where you don’t need or can’t use a tripod. All models include fast set twist locks with the added advantage that they are easy to clean, allowing photographers or vloggers to maximise the life of their tripod, even when used in the toughest conditions.

This travel sized tripod folds down to as little as 41cm and extends up to 166cm. Take a look at the VEO 3T Series and #makeupyourownmind.

• Ability to hold up to 3 tripod support arms

• Leg that converts to a monopod

The VEO 3T series will be launched exclusively at The Photography Show, 18th -21st September.