UV Lights Opened Up A New Dimension For Daniel Olah 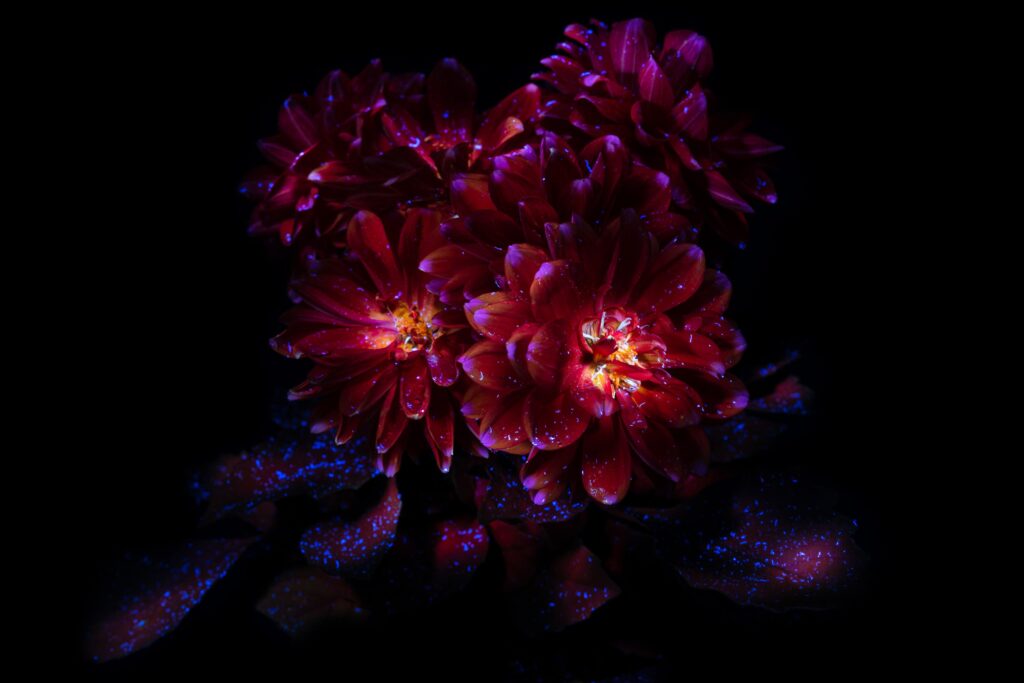 “A new world opened up for me,” describes Hungarian fashion photographer Daniel Olah about the fascinating details presented to him when he photographed with the aid of UV light. Using a regular UV lamp, he photographed a handful of flowers in a unique way. You’ve probably seen his work before – he won Apple’s iPhone macro challenge photo contest earlier this year.

We’re so conditioned to see photographs of flowers and plants as either rooted in nature or potted in homes that we often forget their beauty can be showcased in varied ways. The Ferro Flowers team took photos of flowers coated with liquid metal and produced a stunning series. Pat took a different approach and used a flatbed scanner for her flower photos. And Daniel Olah decided that he was going to experiment with UV light to try something new. A good reminder that changing your approach to a subject can help produce a body of work that sets you apart from others.

The Phoblographer: Hi Daniel. Please tell us a bit about yourself and how you got into photography.

Daniel Olah: I have been interested in photography since I was 14 years old, but it only started as a hobby. After school, I started to take it more seriously at university. I graduated in 2019 in Budapest, majoring in Fashion Photography.

The Phoblographer: You mentioned that this series is a follow-up to Lily Photo. Tell us about that series and how it inspired’ The Beauty Of Darkness.’

Daniel Olah: With the lily photo, I won the macro photo competition announced by Apple.

The goal was to take photos with the iPhone’s new macro lens. I won the competition with a picture of Lily, which I also took with one single lamp.

The Beauty of Darkness series is a sequel to this. The difference here is that I lit it in complete darkness with a UV flashlight. I took photos with long shutter speeds and further illuminated more important areas, highlighting the main part of the flowers.

The Phoblographer: What is different in this series in terms of what you’ve used to photograph these flowers?

Daniel Olah: The UV lamp. UV light produces very special effects in the dark that we cannot even see with the naked eye.

I like working with a single lighting, because it creates a dramatic, painting-like effect with a black background. I prefer to work with constant light

The Phoblographer: These flowers are lit in a manner befitting portraits of people. Was that part of the idea of the series – to give them a special kind of lighting? Like each flower is a unique person?

Daniel Olah: Yes. The whole thing is similar to phosphorescent beauty works. Later, I also noticed the similarity. I tried to photograph all sorts of flowers, but it wasn’t easy because the phosphorescent effect doesn’t work nicely on the texture of every flower.

I adjusted the area of the light of my UV lamp. You can focus on a small area, and you can focus on a larger area but then not so bright. That’s why I put the camera on a tripod and took photos with a long shutter speed. I lit the flowers with the strongest light and lit some parts for more time.

The Phoblographer: What are some of the details you’ve highlighted in these photos, which we can’t see with regular cameras or with our naked eyes?

Daniel Olah: UV light is an amazingly good thing in the dark; just give it a try! The point of the whole series is to show you something we don’t see. The petals on the petals that we see as phosphorescent dots are lint, dust, and every little element we can’t see with the naked eye. It will be interesting to see how much UV light changes the original color of the flowers. I blew out the petals of the flowers with a special water vaporizer.

The Phoblographer: Did you already know in advance what would show up when photographed this way, or was it a surprise for you too?

The Phoblographer: Do you get different results depending on whether the flowers are plucked from the main plant or not?

Daniel Olah: I only used potted plants! The texture and color of the flowers are different. UV light is even more different. One changes better under the influence of light, and some do not so much but still stand out in the dark.

It was the first time I photographed with a UV lamp, but I am sure this technique will continue. I don’t know what other objects I can try, but I can figure it out tomorrow. But a new world opened up for me, which impressed me.

The Phoblographer: Most people fear the darkness, but you’ve found something interesting in it. How can others be inspired to see things like this that most people fail to observe?

Daniel Olah: I can see beauty in every person and in everything. You have to stay positive and hopeful. Maybe my series was made subconsciously; I don’t know that. But I wanted to give people nice pictures in these difficult times. Maybe it became one of my favorite photo series for me because it is very good to look at pictures.

You don’t have to be afraid of the darkness because everyone shines. Even in these times, all you need is a little light.

All images by Daniel Olah. Used with permission. Take a look at his Behance and Instagram pages to see more of his photography. Want to be featured? Click here to see how.