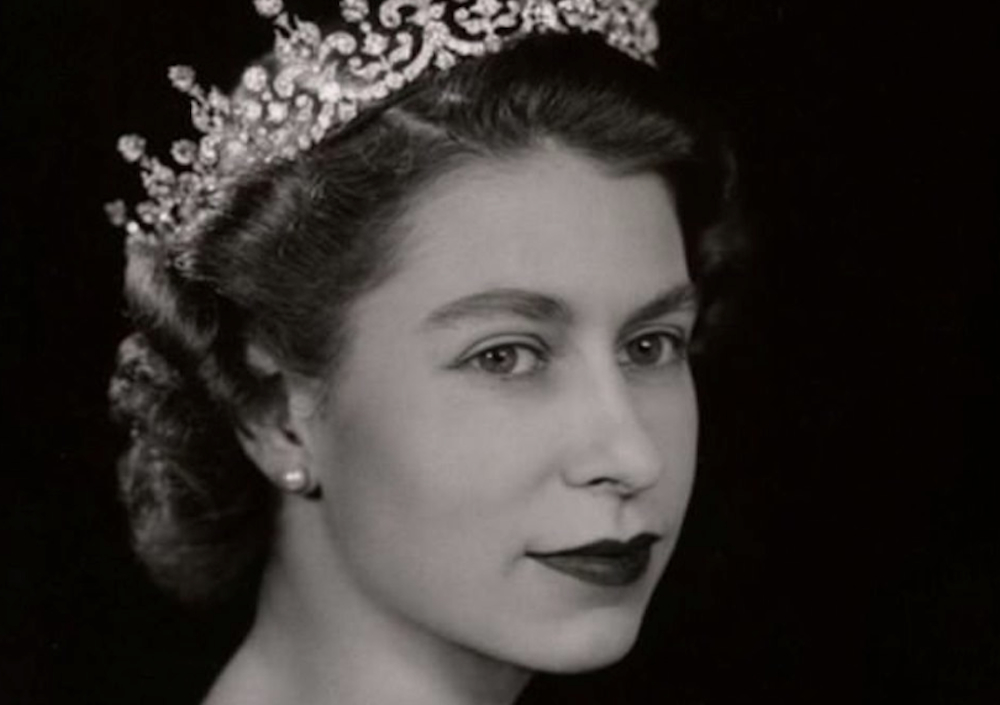 A previously unseen image of Her Majesty The Queen, from a 1952 portrait sitting with photographer Dorothy Wilding, has been released on the official Twitter account of The Royal Family.

The picture, from the Royal Collection Trust, was released to mark the 70th anniversary of The Queen’s Accession (which happened in the early hours of 6 February 1952) to the throne. The photograph was shot by Wilding (the first female photographer to receive a Royal Warrant) on 26 February 1952 during the first official portrait session with the Queen after the death of her father, King George VI.

The unexpected online release of the Wilding portrait came on the same day as a 2022 portrait shot by Getty Images’ Royal Photographer Chris Jackson, which shows the Queen smiling with her papers of state on the table in front of her. The picture was shot at the Sandringham Estate on 2 February 2022 and shows the Queen’s famous ‘red box’ open in front of her with a photograph of her father, King George VI, visible in the background of the shot.

Every day the Queen receives red boxes from her private secretaries, which contain information, such as policy papers, Cabinet documents, Foreign Office telegrams, State papers, letters and a daily summary of events in parliament.

Jackson has been a Getty Images photographer for over 18 years and in October 2021 his book, Elizabeth II: A Queen For Our Time (Rizzoli), which features 150 colour photographs, was released in advance of her Platinum Jubilee in 2022.

A total of 59 photographs were taken by Wilding on 26 February 1952. They show the Queen dressed in a variety of gowns designed by Norman Hartnell and wearing jewellery including the Diamond Diadem and the Queen Mary’s Girls of Great Britain and Ireland Tiara.

The Twitter post that included the publication of the Wilding portrait said, ‘Today marks 70 years since Queen Elizabeth II acceded to the throne, following the death of her father, King George VI. Her Majesty was proclaimed Queen throughout the UK and Commonwealth in the early hours of 6 February 1952.’

The Twitter thread continued, ‘The young Queen was informed of the news while standing in for The King, who was suffering from ill health, on an official Commonwealth visit to Kenya. In an instant, she had ceased to be Princess Elizabeth and became Queen Elizabeth II.’

One of the 1952 Dorothy Wilding portraits of the Queen (wearing the Diamond Diadem) that was used as the basis for the design of the QE II GB definitive stamps from 1952 onwards. Image: Dorothy Wilding

The importance of Dorothy Wilding’s images

The photographs shot by Dorothy Wilding in February 1952 were to prove significant for many years, as they provided the basis for the design of GB definitive stamps from 1952 till 1967, as well as some commemorative issues. In fact, the designs are commonly known to philatelists as ‘Wildings’. In 1967 pre-decimal definitives, based on a sculpture of the Queen by Arnold Machin, were issued to replace the ‘Wildings’ – these became known as the ‘Machins’.

The trend for photographs, rather than artwork, to be used on the design of GB stamps truly began with the Queen Elizabeth II ‘Wildings’ of December 1952. The 1937 Coronation issue stamp issue and 1948 Royal Silver Wedding commemorative issue were also based on images by Dorothy Wilding. Wilding was the first woman awarded a Royal Warrant to be the official photographer to a King and Queen at their coronation (in 1937).

Wilding was born in 1893 and was a professional portrait photographer who established studios in London (in 1914) and New York City (in 1937). Wilding obtained studio experience with the American portraitist Marian Neilsen, before working as a re-toucher for Richard Speight in New Bond Street.

She shot her first portrait of a member of the British Royal Family in 1928 when she photographed a 26-year-old Prince George (later the Duke of Kent). Six years later Wilding was chosen to shoot the official engagement photographs of Prince George before his marriage to Princess Marina of Greece.

The use of Wilding’s images of Queen Elizabeth II on GB definitive stamps led to an increasing use of photography on GB stamps, particularly after decimalisation. The first major example of this was the photographs of Norman Parkinson being used for the design of the Queen Elizabeth II and Prince Philip’s Royal Silver Wedding issue of 1972.

The 1973 Royal Wedding issue for Princess Anne and Captain Mark Phillips was from a photograph by Patrick (Lord) Lichfield, and the 1981 Royal Wedding issue for Prince Charles and Lady Diana Spencer was designed from a photograph by Lord Snowdon. The Queen Mother’s 90th birthday commemorative stamps in 1990 featured photographs by Dorothy Wilding, Norman Parkinson, Bertram Park and Rita Martin.

In the late 1990s Lord Snowdon’s images were used for two GB stamp issues – the Royal Golden Wedding set in November 1997 for the Queen and Prince Philip and the Princess Diana Memorial issue of February 1998.

The GB miniature sheet from 2000, to mark the Queen Mother’s 100th birthday, was designed from a John Swannell photograph. Image: John Swannell/Royal Mail

In 1999 a photograph by John Swannell featured on the Royal Wedding issue for Prince Edward and Sophie Rhys-Jones. The following year, in 2000, another Swannell image – featuring the Queen Mother, the Queen, Prince Charles and Prince William – was used for a GB miniature sheet to mark the 100th birthday of the Queen Mother. The sheet was derived from a single image with four 27p stamps created out of the pose in the picture.

The release of the ‘fresh’ photographs by Dorothy Wilding and Chris Jackson to mark the 70th anniversary of the Queen’s accession to the throne continue a long-standing tradition of using photographs to mark the accession anniversaries over the decades.

Her Silver Jubilee in 1977 was marked by a stamp issue based on artwork but on 6 February 1992 the Royal Mail issued a set of 10 GB commemorative stamps to mark the 40th Anniversary of the Accession featuring colour images of the Queen.

One of the 1992 GB stamps, featuring photographs of The Queen, issued to mark the 40th anniversary of her accession. Image: Royal Mail

The 2012 GB stamp issue to mark 60 years, the Diamond Jubilee, of the Queen’s accession to the throne featured a miniature sheet which showed the use of the Queen’s head on stamps, coins and banknotes. It included a representation of one of the 1952 Wilding definitives.

On 4 February 2022 Royal Mail issued eight GB stamps to mark the 70th anniversary, the Platinum Jubilee, of the accession. It features images of the Queen attending official functions over the years and includes four 1st class stamps and four £1.70 values.

The 1st class stamps show the Queen visiting the headquarters of MI5, the UK’s domestic security agency, in London in February 2020; the Queen with the Duke of Edinburgh in Washington DC, during a tour of the United States in October 1957; the Queen welcomed by crowds during a walkabout in Worcester in April 1980; and the Queen in military uniform during the annual Trooping the Colour ceremony in London in June 1978.

The 2022 GB stamps to mark the 70th anniversary of the Queen’s accession to the throne. Image: Royal Mail

The £1.70 stamps show the Queen in Edmonton, Canada, in May 2005, after a tour of the Provincial Museum of Alberta; the Queen meeting well-wishers in Camberwell, London, during the Silver Jubilee celebrations in June 1977; the Queen enjoying a walkabout in Victoria Park on St. Vincent, in February 1966, during a tour of the West Indies; and the Queen riding in her carriage to the Order of the Garter ceremony at Windsor Castle in June 1999.

Submissions invited for Life Through a Royal Lens photo exhibition