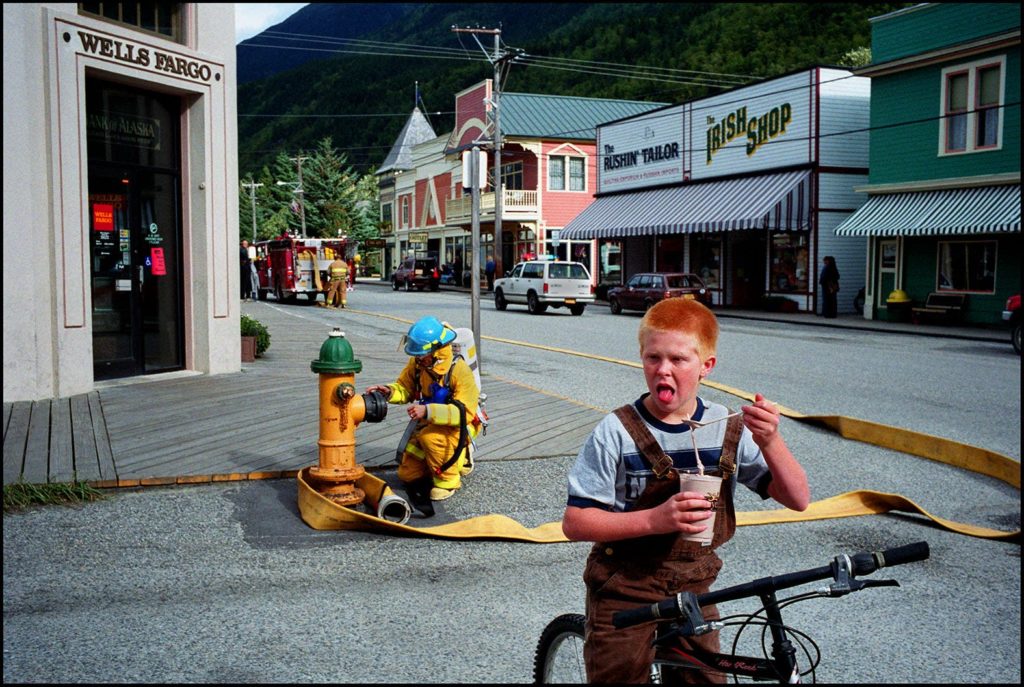 There’s a wonderful thing about candid photography that’s unique to those who have shot it for some time. Experienced photographers have had the opportunity to see society evolve and document it along the way. If you look back at how life was in the 70s, it is much different from life today. I’m still relatively new to shooting candidly, so I don’t have the authority to speak on how society has evolved. Thankfully, I know a couple of people that do. Let’s go!

So, as a journalist, I’m always curious. I especially love to hear from those who have fast amounts of experience in a genre of photography I love. I refer to it as candid photography because it’s inclusive of street photography, documentary photography, and photojournalism.

The question I had on my mind: what was the best era to shoot candid photography and why?

Again, although I’ve been shooting candid photography for 10 years, not much feels overly different since the beginning and now. I wanted to go back 30-40 years and get accounts from photographers who have been shooting all that time.

I turned to two pros: Jamel Shabazz, a 45 year veteran of the photo industry, who has documented the people of New York throughout that time. And Ian Berry, the renowned photojournalist and long-standing member of Magnum Photos.

Thankfully, both of them agreed to offer their input for this piece and answer my burning question.

The Best Era for Candid Photography

“Hard to say which era was the best for street photography,” says Berry. He continues, “but certainly the busiest and most productive for me would be the eighties and nineties. That [time] reflected the magazine market which has gradually declined since then.”

In a similar vein, Shabazz reflects on his favorite time to shoot candidly. “The 1980s was by far my favorite decade for shooting candid photography.” Explaining why, he says, “It was during the summer of 1980 that I returned to New York City, after serving my time in the US Army in Europe, where I was stationed for 36 months.

“I came back to the states with a new lease on life, a Canon AE1, and a curiosity to rediscover old friends and places within my city that I often dreamed about during my deployment.

“Armed now with my 35 mm camera, [and] endless rolls of black and white and color film, I traveled throughout the city both day and night, rain or shine, often walking miles at a time and others using public transportation. I photographed everything that caught my eye, from everyday people, the urban landscape, and life above and below the ground in one of the largest subway systems in the world. It was during this ten-year period that I was able to create some of my most important work, during my over forty years as a photographer.”

Returning to Berry, he begins to share the contrast in the way people respond to candid photography from the past to the present. “As a photojournalist, other things influence how I work, such as the attitudes of the people in different countries towards photographers,” he explains to The Phoblographer.

Continuing, he says, “Although I mostly don’t communicate with the people I’m photographing, always hoping to have moved on before my subjects are aware, I now frequently find that if I am noticed, a negative reaction is more common than before.

“I did a book in the late seventies – The English – and had no hostility throughout shooting it. Recently, a publisher asked me if I’d like to update the book, and on reflection, I declined as the reaction to photographers in England today has worsened dramatically. I would not dream of including a child in any image without anticipating hostility.

“Happily, things are different in other parts of the world, and my favorite place to work at the moment is China where, though as a Westerner it is hard to be unobtrusive, I am invariably well received.”

When I look back at images created by photographers from the 70s and 80s, I view them with envy. Then, life seemed so much more fun, and the people much more connected. As someone who shoots candid photography in the present day, I know all too well about the hostility Berry refers to. Confrontation is far more common than people who don’t shoot candidly may think. And society, from what both Shabazz and Berry wrote, seems far less trusting than in previous decades. Why that is is for the experts to decide. But it certainly puts a limit on how expressive one can be when shooting the candid frame.

I’m grateful to both Shabazz and Berry, and all the other candid photographers that came before me and my generation. They paved the way for all of us, and put themselves in the thick of it to document our ever-changing world. And I’d like to thank both Shabazz and Berry for taking the time to speak with me.

Your Favorite Time to Shoot Candidly?

I know a lot of our readers have vast amounts of experience in candid photography. I’d love to know when your favorite time was to create candid images. Let everyone know in the comments below!

All images used with permission. Lead photo by Ian Berry.

How to make money through alternatives to stock photography – Amateur Photographer

Nature and Landscape Photography with Fujifilm Cameras Just Got Better!

Black Friday – 50% off on all DxO software! – Amateur Photographer