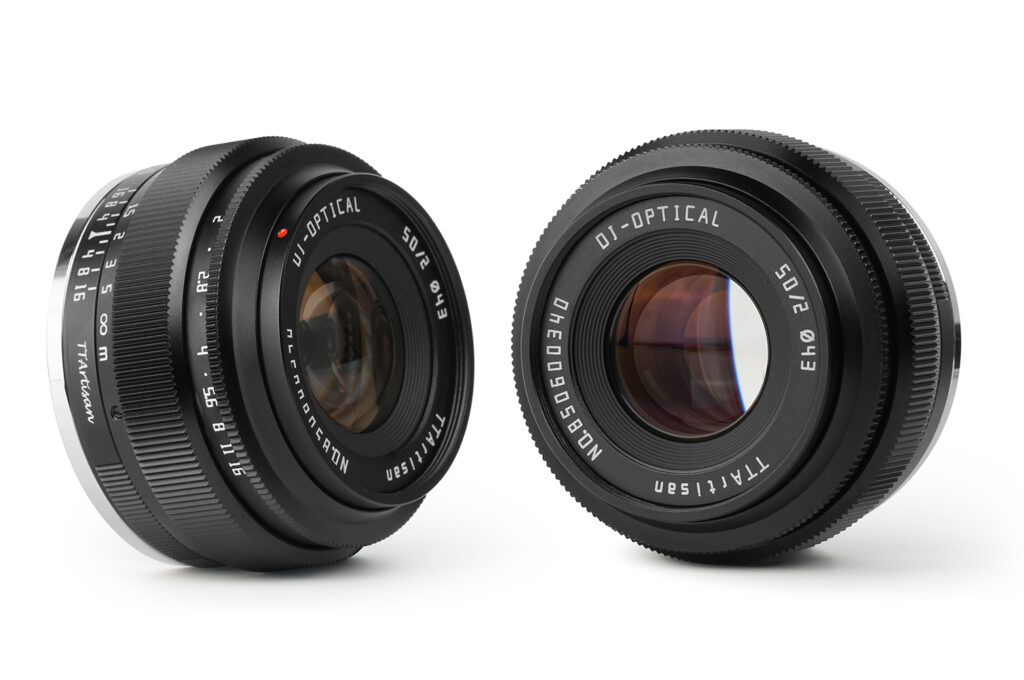 The TTArtisan 50mm F2 lens is initially being launched in Fuji X, Nikon Z, Sony E and Micro Four Thirds mounts at the budget price of £79.

Depending on the lens mount version the compact 50mm lens measures between 34mm to 38mm from the mount to the end of the lens and weighs between 191g and 212g.

The lens has a bright maximum aperture of f/2 and a 10-blade diaphragm to help achieve smooth bokeh.

It has a close focusing distance of 50cm and has a 43mm front filter thread.

When the 50mm is used on an APS-C camera body it has a field of view equivalent to approximately a 75mm lens.

On an MFT camera body it will have an equivalent focal length of around 100mm.

The optical structure of the lens features 12 elements in nine groups (including three ED lenses and one APSH. lens).

The viewing angle of 63 degrees is close to the human eye.

The lens comes with a rectangular lens hood with a cutout in the top corner for improved composition with rangefinder cameras.

These can be bought on Amazon or via the TTArtisan website.

To find out more go to the TTArtisan website.

TTArtisan 50mm f/1.2 lens out in silver for Leica L-mount