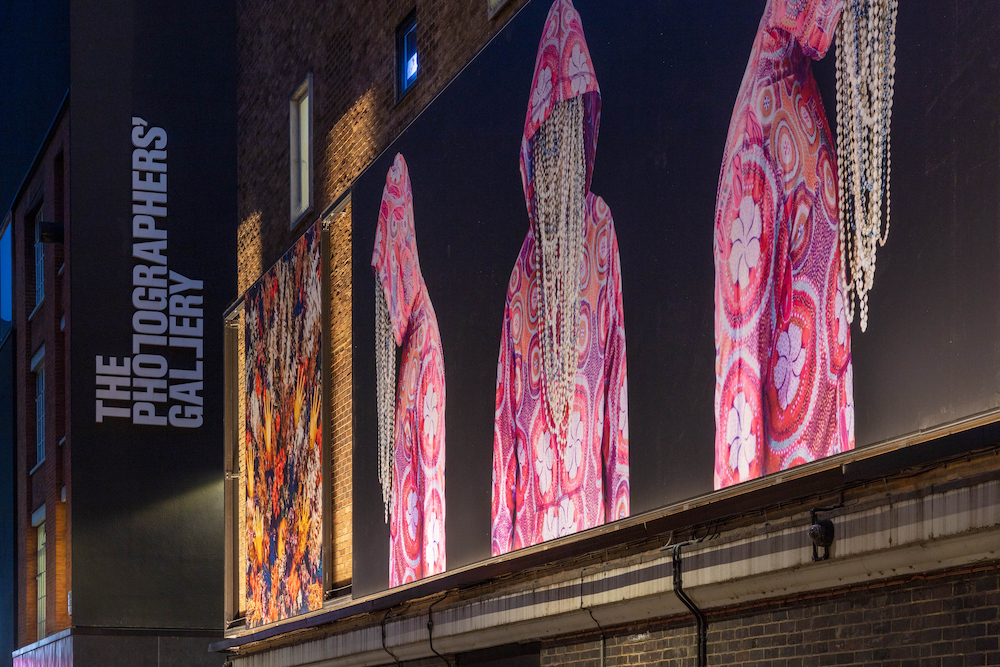 The Photographers’ Gallery (TPG) is officially launching the Soho Photography Quarter (SPQ) – a permanent new outdoor cultural space to present the very best of contemporary photography – in London on 9 June 2022.

Said to offer ‘dynamic new ways to discover the photographic medium’, the SPQ is to open following the refurbishment of Ramillies Place.

This refurbishment has transformed a previously overlooked alley into a pedestrianised space and extends TPG’s exhibitions programme beyond its building and completes the development of its site in Soho as a centre of Photography.

Just off Oxford Street, the Soho Photography Quarter will present a rotating, open-air programme of site-specific and interactive artworks, which will change twice a year.

The presentations will feature a significant art frieze in the main square, large-scale over street banners, moving image projections, soundscapes and other interactive works, depending on the exhibition.

Alongside the changing artworks, the Gallery will present a rich and engaging programme of activities and resources, including live events, artist talks/presentations, short films, sound installations and specially commissioned AR projects, accessibility to the ideas and inspirations behind the projects will be a key part of SPQ’s offer.

The opening exhibition for the Soho Photography Quarter is Being Human Human Being, by the acclaimed Indigenous Australian contemporary artist, Dr. Christian Thompson AO.

It comprises a large-scale, site-specific installation of works – including a large-scale art frieze, cross street banners, soundscapes and projections.

It is presented in partnership with Photo Australia/PHOTO 2022 International Festival of Photography, Melbourne, and will run from 9 June till December 2022.

The Being Human Human Being installation is also one of the highlights of UK/Australia Season 2021-22, the largest ever cultural exchange between the two nations presented jointly by the Australian Government and the British Council.

Thompson’s works explore notions of identity, sexuality, gender, cultural hybridity, memory and history, often referring to the relationships between these concepts and the environment.

Through performances and what he calls ‘anti-portraits’, he inhabits a range of personae achieved through incorporating handcrafted costumes and carefully orchestrated poses and backdrops.

The open-air exhibition will present selected works from the series’ King Billy (2010), Polari (2014), Equinox (2018) and Flower Walls (2018-ongoing), all of which reflect on indigenous and diverse representation.

In Flower Walls (2018-ongoing) the artist is immersed in a composition of dense and overlapping depictions of Australian native flora: an abundance of plants and flowers arranged in bursting colours. Amongst the foliage, parts of Thompson’s face and hands are showing, seemingly appearing or submerged in the arrangement.

Indigenous flora and allegory also play an important role in further works presented as part of Being Human Human Being and reproduced in the space on large-scale 4x6metre banners.

Primeval Sea (from the series Equinox 2018) shows Thompson’s face encased by a floral wreath including Daisies and Proteas, a plant native to the prehistoric continent Gondwana.

In Ellipse (from Polari, 2014) Thompson, wearing a platinum-white wig topped with a flower garland, poses like a Greek god against a sky-blue backdrop.

Polari is a secret language used by vagabonds, travelling performers, sailors, criminals and revellers in the 1700s and 1800s. It was later adopted by the LGBTQ+ community in the UK as a protective code, but also as a form of shared private language.

Thompson’s celebration of evolving, non-binary identities through costume and performance can be seen as an echo of the use of Polari language as a form of disguise for the many subcultures and communities that used/use it.

In a hauntingly beautiful new soundscape Phantom (2022), Thompson sings in his father’s native language, Bidjara, now classified as extinct, against a melodic backdrop of instrument, breath and speech.

The significance of vernacular is also explored in the video work, Dead tongue (2015), where Thompson also interrogates the implications of England’s empirical quest on the former colonies of the British Empire.

In a second video projection, Amsterdam RMX (2020), Thompson presents a more direct and subjective experience of what the Bidjura language feels and sounds like. Here Thompson stands in front of a black backdrop cloaked in a hooded coat, singing to us with specs of snow rapidly falling in front of him.

Christian Thompson revealed, ‘I am delighted that my work will launch the Soho Photography Quarter. The first Indigenous Australian artist to be accepted into Oxford University in its 900-year history, I have lived and worked across Australia and London for over a decade. By inserting my own imagery and sound (singing in my traditional Bidjara language) into these spaces, I seek to highlight both the legacies of colonialism and the complexity of human identities, while simultaneously alluding to the multifaceted and layered histories of the precinct.’

The vision behind the SPQ

Brett Rogers, director of TPG, explained, ‘Soho Photography Quarter represents the realisation of a long-awaited vision to transform the public area outside The Photographers’ Gallery into a welcoming, prominent cultural and social destination for people to encounter extraordinary images for free. Photography is one of our foremost and most accessible cultural forms, so being able to showcase the very best of what’s being created in this field for everyone to enjoy feels like a really valuable addition to the cultural offer in the West End. SPQ will present a wide range of work from world-class photographers, extending the Gallery’s passion and commitment to the medium beyond the Gallery walls and engaging new audiences, who might not otherwise experience it. We will also offer free events, talks and other activities in the space to enhance visitor experience and bring the works to life.’

Michael Napthali, UK/Australia Season Director, commented, ‘The UK/Australia Season 2021- 22 theme of Who Are We Now? reflects on our history, explores our current relationship, and imagines our future together. We are thrilled the acclaimed Indigenous Australian contemporary artist, Dr. Christian Thompson AO’s ’Being Human Human Being’ installation will be the opening presentation for Soho Photography Quarter, bringing his striking and moving work to thousands of people in the UK this year. Christian’s work is a true articulation of our Season theme, and we encourage you to see this extraordinary installation and make your own reflection on Who Are We Now?.’

Elias Redstone, artistic director of Photo Australia/PHOTO 2022 International Festival of Photography, said, ‘Photo Australia is thrilled to be partnering with The Photographers’ Gallery to launch the Soho Photography Quarter as part of PHOTO 2022’s international program, providing opportunities for Australian artists to be exhibited overseas. Through this collaboration we are proudly centring an important First Nations artist not just within our biennale in Melbourne, but on the global stage.’

Christian Thompson: Being Human Human Being is organised by The Photographers’ Gallery and Photo Australia/PHOTO 2022 International Festival of Photography.

It is supported by the Australian Government as part of the UK/Australia Season 2021-22.

To find out more go to The Photographers’ Gallery website.

TPG exhibition celebrates the art of the album cover