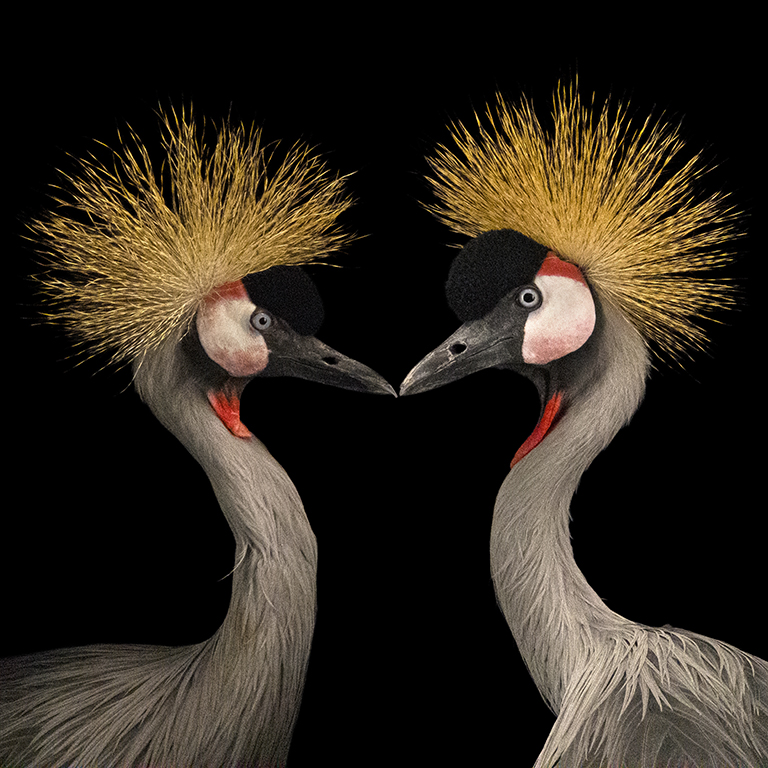 Through a series of images and short films shot by world-famous National Geographic photographer Joel Sartore, all captured on Oppo’s Find X3 Pro flagship smartphone, audiences can experience nature from a new perspective and become more aware of endangered species and how to help to protect them. Each Endangered Colour episode focuses on a single colour – red, green, or blue, shedding light on nine species at risk of extinction.

“With the help of the Find X3 Pro, Joel Sartore chronicles biodiversity and the extinction crisis as part of a lifelong project created to document species from around the planet,” Oppo explains. “As part of the Endangered Colour project, Joel captured the striking colours of endangered animals, such as the blue dart frog or the thick-billed parrot. By using the one-billion colour camera, he was able to showcase how breath-taking these hues and tones truly are, raising awareness to the dangerously fast disappearing beauty of nature.”

OPPO will donate US $500,000 to National Geographic Society to help support its wildlife conservation efforts at large including Photo Ark and the Photo Ark EDGE Fellowship. The Photo Ark is Joel’s impressive project to document species before they disappear — and to get people to care while there’s still time. We caught up with Joel to find out more.

When did first become aware of Oppo and what was it that appealed about the Find X3 Pro? We are guessing that you and the National Geographic get contacted by a lot of equipment makers?

Yes we do. I heard about Oppo through a partnership connecting the company and National Geographic. When they said the phone shot raw files and 4k video, plus they wanted me to work on animals in the Photo Ark style (on a black background) that made my day.

How did you find shooting stills for this project with Oppo, having mainly used high end DSLRs and mirrorless cameras? What about video?

They say the best camera is the one you have with you, so I can imagine this new way of shooting to be very appealing to folks who don’t want to carry a full set of traditional gear around.

The Find X3 Pro is obviously much smaller and lightweight compared to a standard camera set up, yet it performs very well. The settings are similar to a high-end camera in that you can set the exposure and whether you’re shooting wide, medium or tight. Plus it shoots raw files which is a big deal. The video is 4k and looks great too.

What is it about the phone’s colour reproduction that appeals?

The photos are high res raw files and they look beautiful. Plus the large screen shows you exactly what you’re getting, so you know when you’ve got the shot.

Did you shoot raw stills and video or did they go through further editing and processing? Which image editing software did you use?

Yes, I shot raw for the stills, then selected the final images using Photo Mechanic, a program I’ve been using for many years. I love its simplicity. For any colour cast corrections, sensor dust, etc, we then used Photoshop.

As a wildlife photographer and film maker of international stature, do you think smartphones will be the way forward – they are obviously much lighter and more convenient than carrying around a heavier camera and lenses…

For many shooters, yes, it will likely be the way of the future. The images and video look great, and it’s so light and easy to carry, I can certainly see this way of shooting becoming more and more popular.

Please also tell us about your involvement in the DearFuture2121 competition, what stage is it now at?

I was a judge for this contest, which tries to project what would be visually appealing and interesting to someone a hundred years from now. In other words, the winning photos need to stand the test of time.

So while it’s hard to predict what the world will be like then, I do know that the winning images in the competition were well done, and many told stories about what it’s like to be here in 2021.

What stage is your Photo Ark project at – is it ever going to be complete or do you keep adding to it?

We’re now 15 years into it and will soon cross the 12,000-species mark. I’ll keep going for at least another dozen years or so. The goal is to get every species in human care around the world in order to get the public to care about the extinction crisis.

So it’s a big job but I can at least see light at the end of the tunnel now that we’ve gotten most of the species in western zoos. Next up is the Middle East and Southeast Asia, once the world opens up again.

What is the best smartphone for serious photography