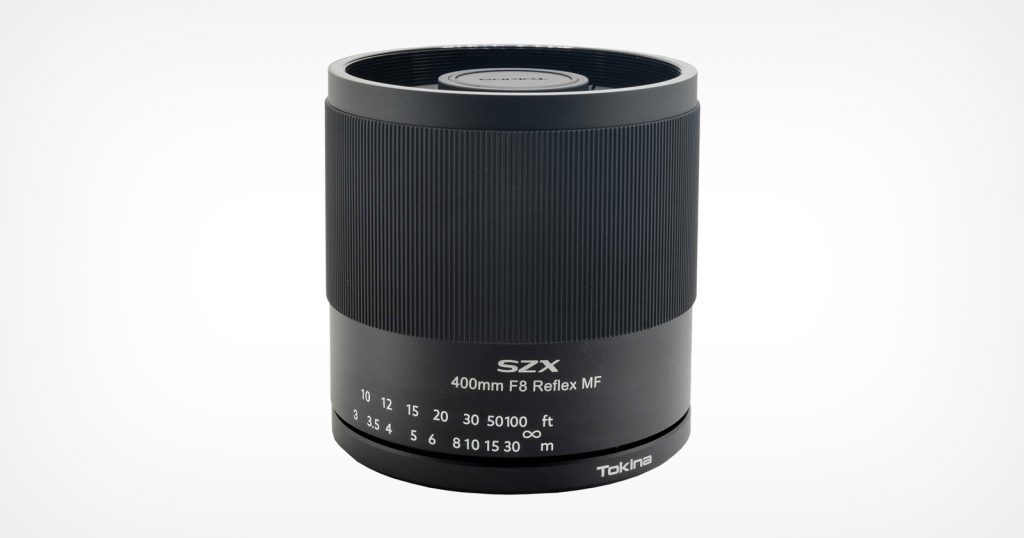 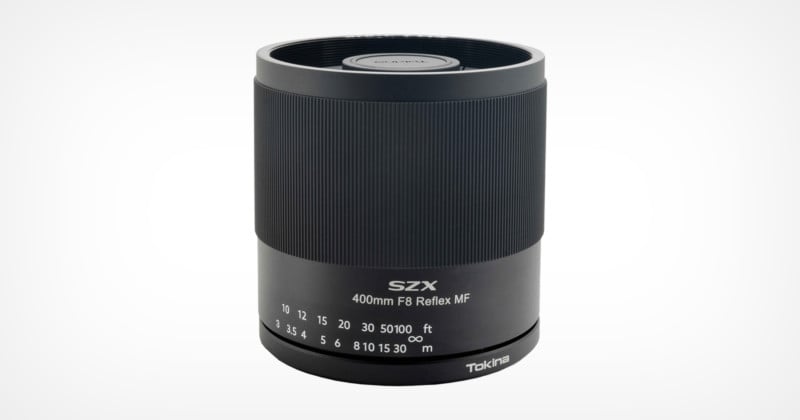 As reported by The Digital Picture, Tokina made the announcement of the two additional mirrorless mounts on its website.

This lens uses a somewhat unusual mounting method that Tokina seems to have adopted to allow it to easily work for a wide range of mounts without having to specifically adjust the optical portion of the lens each time. It also makes the lens more versatile. It uses a T-mount standard (pitch 0.75mm, thread 42mm), that allows this lens to be attached to various cameras by using different mount adapters, and this announcement is more specifically stating that Tokina is releasing RF and Z-mount adapters that work with the main lens portion. 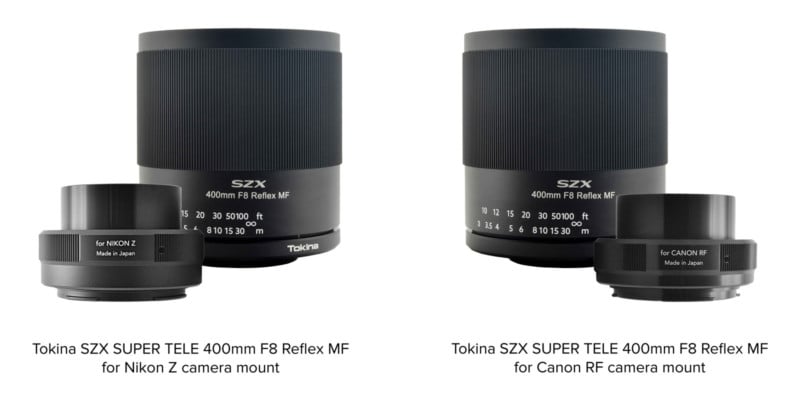 Theoretically, a photographer could buy one of the 400mm f/8 reflex lenses and multiple adapters to use the one lens with different brands. For example, a hybrid shooter who prefers to use Sony E-mount for stills and a Micro Four Thirds GH5 for video would be able to buy just one main lens and two adapters and the lens would be compatible with both cameras.

A photographer would also be able to easily bring this lens with them should they choose to leave one manufacturer for another, such as jumping from Canon EF to Sony mirrorless.

Tokina says that it will be selling the mount adapters bundled with the 400mm f/8 lens, but also that each of the mount adapters is available to purchase separately as well, which further indicates that the company has this kind of unique versatility in mind.

Reflex lenses, also called mirror lenses, are more commonly found for telescopes than for cameras. These types of lenses use what is called a “catadioptric” design, which combines mirrors and refracting elements into a single lens. This allows engineers to literally “fold” the optical path and magnify the image, shrinking the size of super-telephoto lenses by as much as four or five times while simultaneously getting rid of chromatic aberration almost entirely.

The downside of these types of lenses, and why they have dwindled in popularity over the last few decades, is that the design does not allow the lens to have variable apertures (and the aperture tends to be quite small), and they cannot integrate any kind of optical stabilization. Also, the bokeh has a sort of donut shape to it, which is seen by many as unattractive:

However, on-sensor stabilization has become much more common over the last few years and modern image sensors are capable of performing much better at high ISOs, making the closed down aperture significantly less of an issue. Since this lens weighs just 340g and measures just 77mm (3 inches) long, the tradeoffs to get such an easy-to-carry optic may very well be worth it now.