‘Timelapse Photo’ Made of 4,882 Images Shows Human Toll of COVID-19 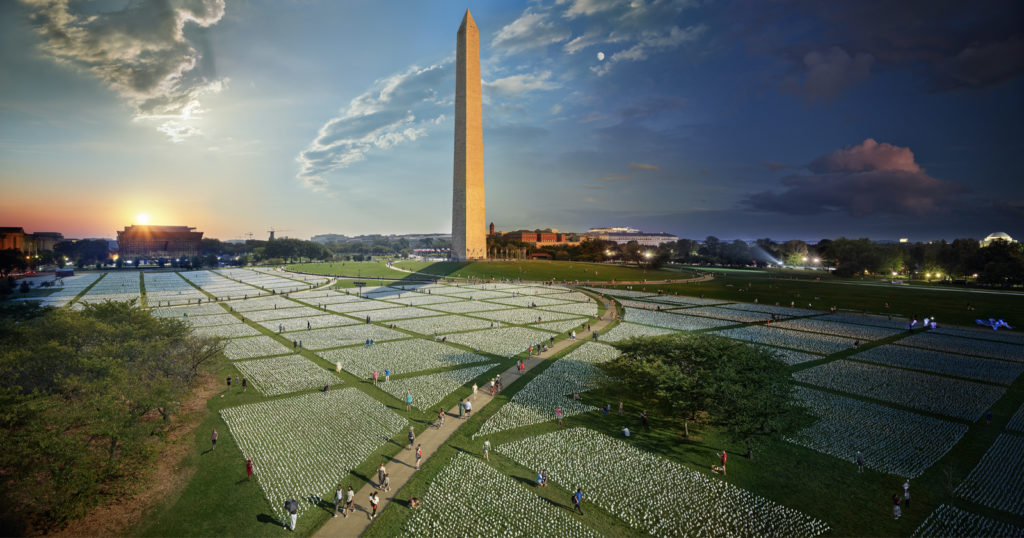 National Geographic has published a photo from photographer Stephen Wilkes that captures the human toll of COVID-19 in one photo. The more than 670,000 white flags represent the American lives lost to the virus.

Wilkes is known for his photographs (such as his work from the 2021 inauguration and a watering hole in Tanzania) that are made with what he calls his Day to Night Technique. The images are created from a fixed camera angle over a period of time.

This latest photo is of the In America: Remember exhibition and captures fleeting moments of the public interacting with, observing, and passing through the installation.

As detailed in a story on National Geographic, Wilkes explains that he took the photo on September 18 and 19, starting before sunrise and finishing after sunset. Overall, the finished image is made up of 4,882 photographs captured over the course of 30 hours.

“One of the things I tried to capture was the epic scale of this,” says Wilkes. “It’s almost impossible to take it all in.”

Over the 13 years that @swilkesphoto has embarked on his Day to Night project, he’s photographed many significant events. This one was different, he says, “because this was about a loss of life that’s unprecedented in American history.” https://t.co/8zUcGNVS3m

Wilkes spent those 30 hours suspended 45 feet above the ground in a lift, which was high enough for him to get the angle of view seen in his finished photo. He says he positioned the lift with intention beyond the high angle, as he wanted the National Museum of African American History and Culture to be the focal point because, as he says, “so many people of color were dramatically impacted by this virus.”

The photo shows more than 670,000 (now over 690,000) white flags that stand for the number of deaths in the United States due to the virus. Wilkes says that the photo truly showcases the power of beauty — while the scene is grand and visually stunning, in spite of the beauty the subtext is still the loss of life and sorrow that so many have experienced.