Tibor Simon Has Landscape Photos That Made Our Jaws Drop 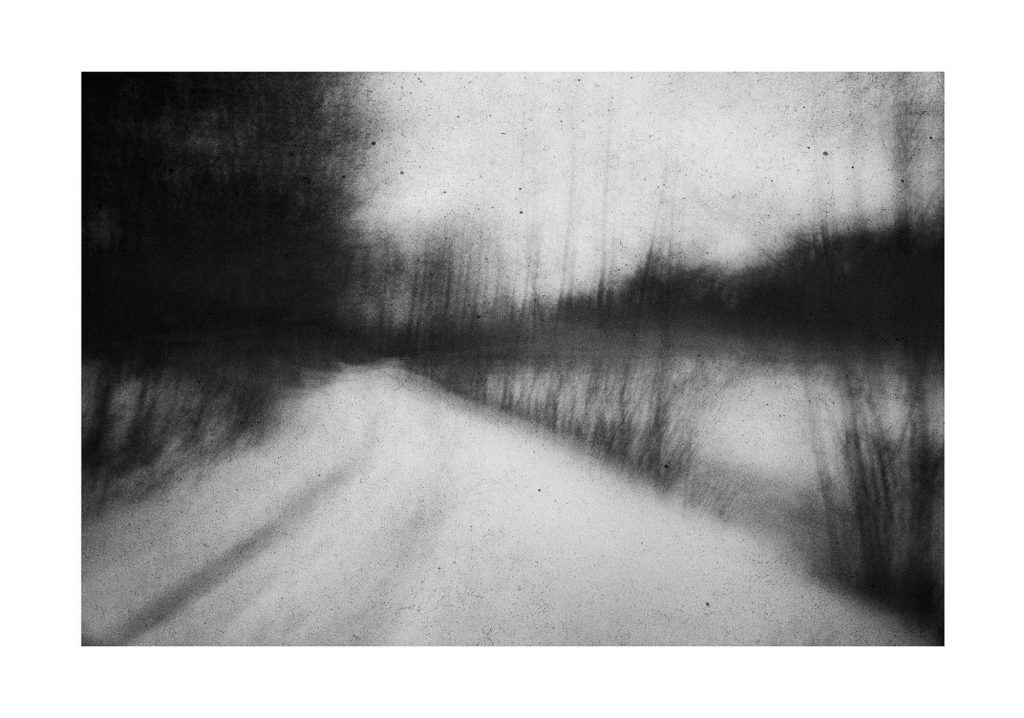 All images by Tibor Simon. Used with permission.

“I thought a lot about how to take different, more interesting photos with a long shutter speed,” says Photographer Tibor Simon. “I once walked in a city when I remembered what it would be like if it wasn’t the subject moving during the exposure, it was me. I took some test shots as I moved and found the result interesting.” Tibor has some incredibly unique black and white photography that reminds us of drawings. But when you find out what he does to create these, you’ll be even more surprised.

I shoot with Nikon equipment, especially I use a D4s camera because it is robust, weatherproof and extremely versatile. I recently bought a Nikon D850 camera, I’m still familiar with it, I have to get used to it, its lighter weight.

Over the years, I have used a wide variety of lenses, typically primary lenses that better meet my needs. My favorite lens is the Nikkor f1.4 / 24mm, which I have been using for 8 years due to its extremely high brightness, low depth of field, and excellent resolution. Due to its natural perspective, I also often use Nikkor 1.4 / 50 lenses. I have a portrait lens, Nikkor 1.8 / 85mm. I take a lot of macro photos with Nikkor 2.8 / 60mm and Irix 2.8 / 150mm lenses.

I don’t like to take a lot of lenses with me for photography. While that limits the possibilities, I don’t want to be able to photograph anything I see. Often, I select a lens, put it on the camera, and choose a subject for the lens’s field of view. This is always a big challenge.

I use B + W and Hoya filters, the stand, and the ball head are Benro type. For the D4s body, I use a Sirui L console for easier mounting. When I’m cycling in nature, I usually take photos with a cell phone.”

Tibor Simon: I was 8 years old when my dad bought me my first camera. He was also an amateur photographer, he taught to take photographs. At the time, I was still using black-and-white film, the products of the socialist system, Forte and Orwo negatives. I had a darkroom in the apartment, where I called up movies and photos. I think that’s why I love black and white images to this day. Later, when I became more seriously interested in photography, I was already using a color slide, mostly the Fuji Velvia 50 model. I had photographed nature a lot even then, and this film was the ideal raw material for me. When I was young, I used Zenit, Fujica, Pentax, Minolta cameras, I bought my first professional film camera in 1993, it was the Nikon F3, later the F4, then the F90x. My first digital camera was a Nikon D70s that I bought in 2006. I soon grew up with this type, bought a D300, later a D700, and then 7 years ago I bought a D4s camera.

Phoblographer: What made you want to get into doing surreal work?

Tibor Simon: I always liked surreal-themed pictures, but I had no urge to make them myself. I once bought an ND 1000 gray filter with which I started taking long exposure images. I’ve seen many of these photos on Flickr, but typically in one style: minimal-style photos taken on the waterfront using a tripod. I really liked them, but after a while I found these boring, they all looked the same. I thought a lot about how to take different, more interesting photos with a long shutter speed. I once walked in a city when I remembered what it would be like if it wasn’t the subject moving during the exposure, it was me. I took some test shots as I moved and found the result interesting.

Years later, as I was traveling on the train, I tried another idea: I photographed trees passing in front of the train window with a long shutter speed. During the exposure, I turned the camera over the passing trees and I liked the result. After a while, I took such photos regularly. So it was a long development process and it is still going on.

I photograph in many different styles, the surreal subject is just one of these styles. It mainly depends on my current mood and my environment when I prefer a topic. I am an amateur photographer, I take a lot of average photos, but I like nature photos the most, landscapes, macro photos, nature abstract themes. I consider myself a mood photographer, I am not primarily interested in what can be seen in the photo, but in the mood that exudes itself.

Surreal photography is more different than usual, different from “normal” photography, in which case I prefer the graphic effect of the images. These pictures are like a pencil drawing.

I like to shoot with a bright lens with a wide aperture. In this case, I especially like the fact that the images are soft and it doesn’t bother me if they aren’t completely sharp. I am interested in the transition of tones in the pictures, the softness of the shades.

Phoblographer: So your work is all black and white. And you’ve got multiple exposures, long exposures, and surreal work. What made you want to focus on landscapes?

Tibor Simon: Since I live in the countryside, near a large mountain, I go on a lot of hiking and cycling in the woods, so I typically encounter nature themes. My favorite seasons are autumn, winter, and spring. I like to walk and take photos in fog, there is a lot of silence in the fog.

If I use a multi-exposure technique, I always take it using the camera’s multiexposure mode. I usually expose 6-8 images on top of each other and only at the end does it turn out what the result was. This is much more exciting than putting together images in photoshop afterwards.

Phoblographer: Why do you mostly focus on black and white?

Tibor Simon: I mainly take color photos, a black and white image more only if the colors are distracting and distracting from the content. I really like the different shades of gray, especially the dark shades, maybe also because my favorite time of day is twilight. I like to experience the short period when it gets dark. The little light gives way to imagination, it inspires. My imagination fills the shady details and it has a positive effect on my creativity.

Phoblographer: Where do you draw inspiration from? Are you at all inspired by paintings or drawings?

Tibor Simon: I draw inspiration mainly from nature, as I live in it, it fills my free time. Nature soothes, relaxes, cheers, surprises. But I also often look at photos of others from which I can draw inspiration. Drawings and watercolors are close to me.