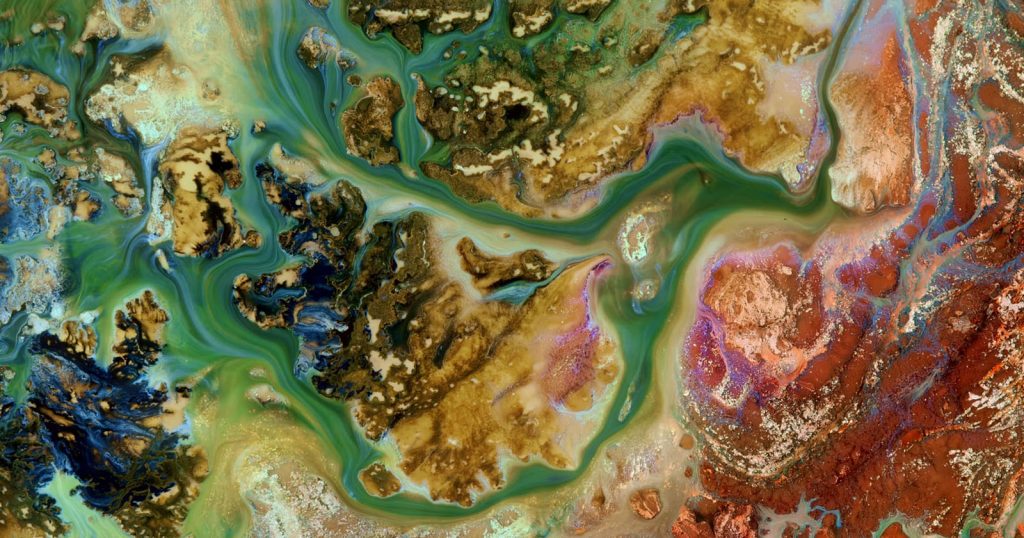 De Giuli specializes in experimental fluid art, and this particular project came about after he was hired by the National Palace Museum in Taiwan for a historical exhibition.

“I was hired to create fluid and abstract interpretations of some iconic items, a collection of several drawings and artworks,” Roman De Giuli writes. “I decided to develop my existing methods further, stepping away from stock paints and ink and creating most of the paints myself.

“One important aspect was to implement natural colors and realistic earth tones to the color palette and focus more on details than on a commercial look with punchy color and contrast.”

De Giuli spent 4 months experimenting with things like sand, stone powder, and historic pigments — some of his materials, like jade and malachite powder, were rather rare and expensive.

“What you see in SATELLIKE are very long shots of watery ink in motion on several coats of half dried paint,” De Giuli writes. “Drying the paint leads to organic structures which can be brought to life again with water, ink and sour flow release mediums.

“The results look different from my usual approach, way more realistic and less otherworldly. I was excited about the aesthetics of the images and decided to do an individual piece.”

(via Roman De Giuli via Colossal)