This Robotic, Automated Photo Studio is Made Specifically for Bicycles 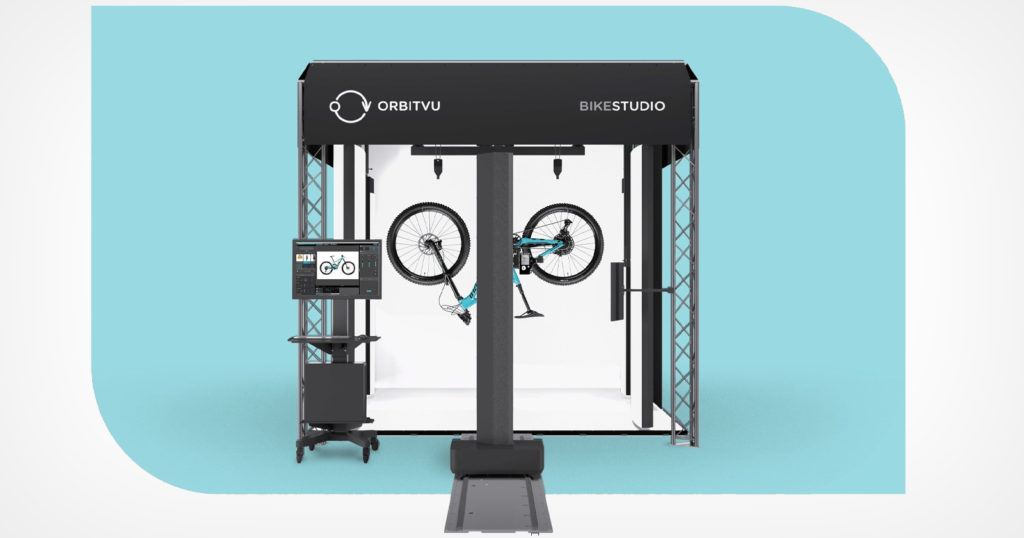 Orbitvu produces a range of automated product photography devices that are designed to streamline and automate much of the photography that is required for the eCommerce space. And while it has a range of machines for products and fashion, its latest is just for bicycles.

The Orbitvu Bike Studio promises bike retailers and manufacturers that it will make the process of capturing full 360-degree photos of a bike, bike accessories, or associated apparel fast and easy. The goal is to get photos of a product online with as few roadblocks as possible for vendors who may or may not have the skills necessary to normally make great images of their products.

The Bike Studio uses a “bike suspension system” that is operated from the ground and uses fishing lines with attachments for a bike to allow it to hang from a motorized dolly attached to the ceiling of the unit. Mounts that attach to the wheels hold the bike in place and rotate it in front of the camera to allow for repeatable staging.

The giant bike photo booth uses a system of six LED light sources and 12 individually controlled lighting zones. Users can operate a double-segmented backlight, top lamp, narrow lamp, and wide lamp to either light a bike in up to 190,000 lumens of total light.

The camera system itself is a motorized stand that allows the operator to control a Canon DSLR or mirrorless camera, including focus and focal length through motorized pullies and gears, from one base station and supports tilt, zoom, elevation, and camera distance. The system comes with built-in software that removes backgrounds automatically, animates gifs or video files, and creates an HTML5 360-degree interactive object for websites. It can also support up to five cameras simultaneously.

As might be expected, this unit takes up a large footprint. The device plus enough play to use all of its features is about 30 feet long by 12.5 feet wide, with a height of about 9.8 feet.

As mentioned, Orbitvu makes a range of these automated studios, but none are more focused to one market than the Bike Studio — it’s extremely niche. While that might seem odd, the bicycle market has exploded in the last year and is expected to be an $82.3 billion dollar a year market globally by 2027, according to market analysis by Research and Markets. And while some question how long the boom in bike sales will last, most agree it will at least continue until a possible “pop” of the bubble in 2022.

So while this solution might seem a bit too specific, there are clearly enough manufacturers and retailers out there, at least in the near term. Additionally, the Bike Studio is large enough to use with live models wearing biking apparel and other bike accessories.

As was the case with its previous photo studios, Orbitvu doesn’t say how much the Bike Studio costs. Interested parties will have to inquire with Orbitvu directly.