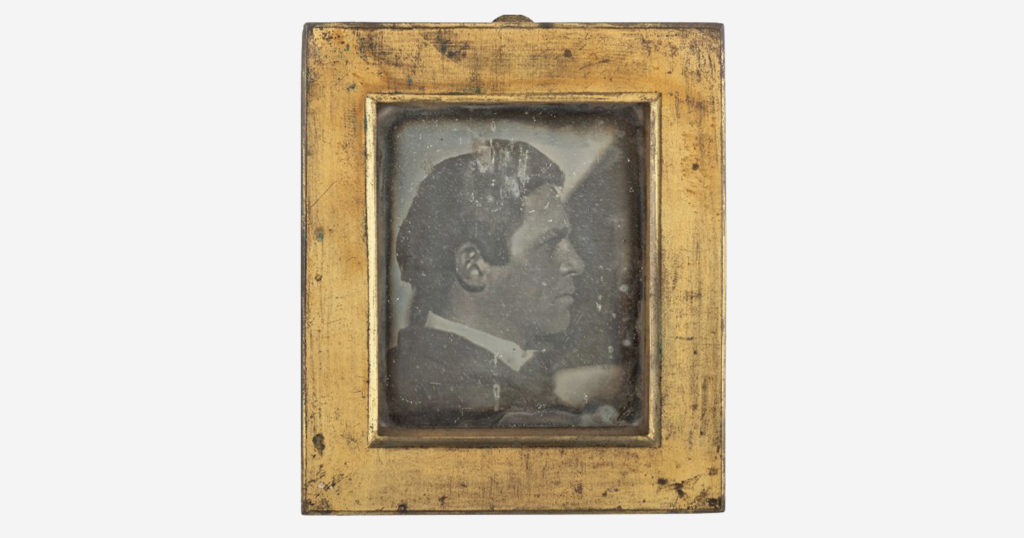 Some of the earliest photographic portraits taken in America were recently discovered in an unheated shed on Long Island. The historically significant find contains photographs from some of the first experiments with the daguerreotype process.

The daguerreotype process — which is one of the first commercially viable photographic processes — was introduced in 1839 by French inventor Louis-Jacques-Mandé Daguerre. As the complete description of the process became available later that year, many raced to be the first to produce marketable photographs.

Henry Fitz Jr., born in 1808 and died in 1863, along with partners Alexander Wolcott and John Johnson were the ones to win that race. It was Fitz Jr.’s family portraits, consisting of 22 daguerreotype pieces, that were found in the long-forgotten collection that is now considered a historical photographic treasure.

Fitz Jr. was a New York City telescope maker who also helped develop what would become the first patented camera in America. In 1840, he sat for some of the earliest successful photographic portraits taken in America. Only a handful of these portraits from this period have survived.

“Imagine a world with no ability to capture a photographic portrait,” says Wes Cowan, Vice-Chair of Hindman Auctions. “Once you wrap your head around that, the Fitz portrait is a window into the beginnings of a technology that would forever change the world and how we see ourselves in it.”

The photographic find is significant because, as the auction house claims, “any scholar interested in the history of photography in America has heard of Fitz and knows that he sat for some of the earliest portraits taken.”

The collection — which also contains additional portraits of his family members — survived as it was passed through the family of Fitz Jr.’s son George Wells Fitz. Although it was only revealed to the world now, the collection has been known since the 1930s, when another son, Harry Fitz, donated a group of early daguerreotypes to the Smithsonian Institution.

Among the donated photos was a portrait of their father, which the Fitz family claimed was the earliest self-portrait of a living human. Harry urged the institute to contact Geroge to acquire additional historically important family property but nothing came of it. This meant that the archive lay forgotten for nearly eight decades until it was discovered in early 2020 in preparation for the sale of the property.

“As one of the earliest surviving photographic portraits in America, the Fitz profile, is of course incredibly important,” says
Grant Romer, a photo historian and Curator Emeritus of the George Eastman Museum.

Romer also calls for the collection to be preserved because it “represents an extraordinary opportunity for scholars to understand the first few months of the development of a technology and art that would change the world.”

The Fitz collection, including the portrait, will be auctioned on November 15, 2021, with the full listing information available on the Hindman website.