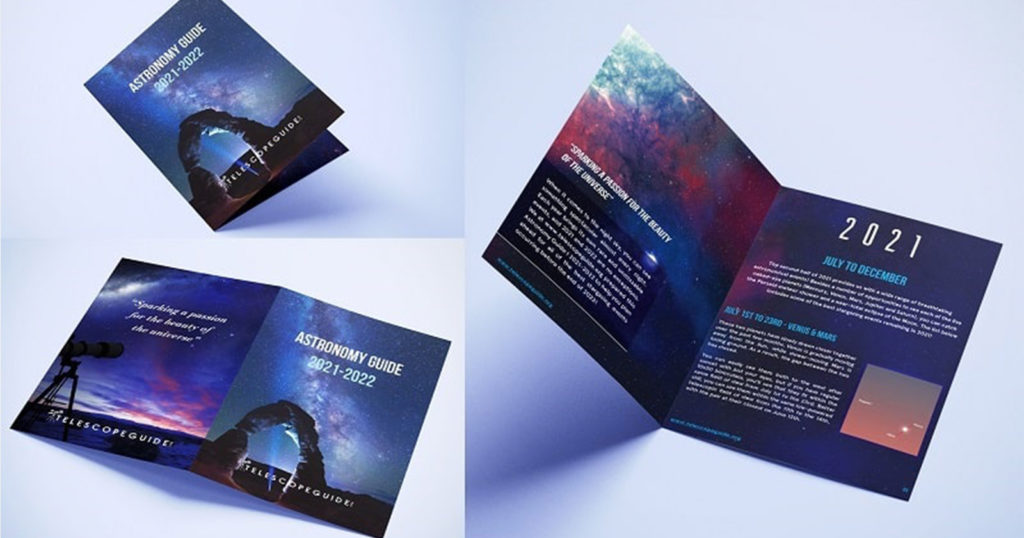 Those who want to photograph the night sky can leverage techniques common to all of landscape photography, but they still need to know when, and where, the objects they want to capture in the night sky are going to happen. To help out with that, Telescope Guide has released its 2021-2022 Astronomy Guide and Events Calendar including the best things to see in the night sky.

According to Telescope Guide, “you can see something spectacular in the night sky nearly every single night, but with each year comes some rare and unmissable celestial events.” The free guide should help new and seasoned astrophotographers plan ahead for all of the best stargazing and astronomical events happening between now and the end of 2022.

Telescope Guide has a fully functional web version in addition to the PDF below for anyone who wants to peruse its contents but doesn’t want to download the file to their computer.

From July 1 to the 23, Venus and Mars will be easily visible to the West after sunset as the planets move closer together. These two planets will be visible with the naked eye, but with a telescope, it will be possible to see them much more clearly as the gap between them starts to close. From August 11 to the 12, the Perseid Meteor Shower will put on another fantastic show, beginning as soon as it gets dark on the 11th looking towards the north and east.

According to the guide, it is possible to see around 100 meteors an hour in the night sky during the event’s peak. Telescope Guide also states that to get the most out of any of these celestial events, it will be best to try and get away from the bright city lights.

October 25 will offer up an elusive view of the planet Mercury on the low eastern horizon just before sunrise, while around the same time, Venus will be visible in the southwestern night sky.

November 18 and 19 will feature a partial lunar eclipse, as there is no total lunar eclipse in the cards for the second half of 2021. That said, Telescope Guide says that this particular partial eclipse is almost as good, since it will feature 97 percent coverage of the disc. So while “partial,” it is a mostly complete eclipse event.

December 6 through the 8 will feature a crescent moon and planets event where three plants will be visible in the evening twilight: Venus, Saturn, and Jupiter. The planets will be pretty equally spaced out in the night sky, and the moon will pass each of them over the three-day event.

To see more notable celetial events through 2021 and 2022, Astronomy Guide and Events Calendar from Telescope Guide is available to download for free here.