These Portraits by Phil Sharp Make You Wonder 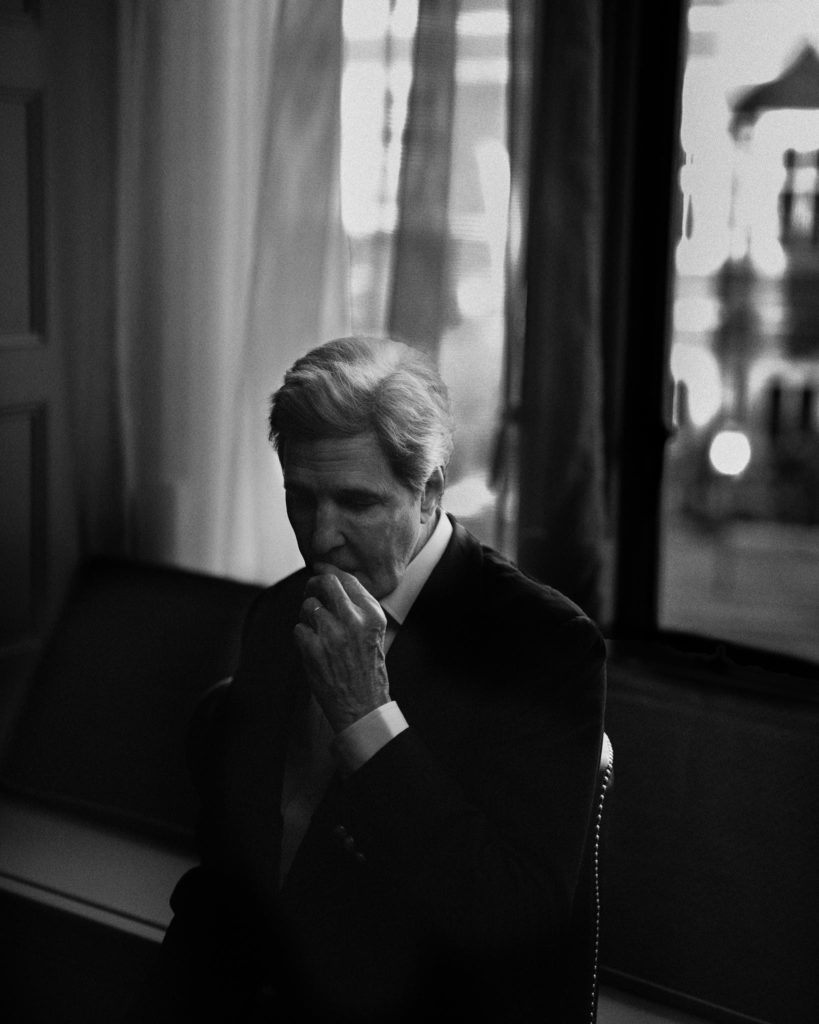 “One hopes to get to execute the A-Plan, but I’ll always have a B-Plan, C-Plan in place,” says London-based commercial photographer Phil Sharp about his approach to his work. He began his career shooting on a Nikon F-mount enabled Kodak body but uses more medium format these days for portraits. A man of few words (as the posts on his website and Instagram suggest), we take a look at some of his favorite portraits.

Like any portrait photographer worth his salt, Sharp gets his subjects to connect their gaze with the camera really well. But there are also images where they’re looking away from the camera, and it’s these that caught my eye. These really make you wonder what the subject is thinking, and it’s a pose that Sharp seems to have mastered. We’re almost always taught to get subjects to look into the lens when learning portrait photography. Some of these images are a good departure from that. And it’s always a good thing to make the viewers of your photos stop and wonder.

Phil Sharp: Born in London, I grew up in Milton Keynes.  I spent a couple of years living in NYC but have lived back in London since 2009. Originally I wanted to get into film-making, but I ended up on a photography course.  I enjoyed it and stuck with it.  I worked in a family portrait studio for a while as well as shooting local bands; I progressed to shooting press pictures and now work for various magazines and agencies.

The Phoblographer: What camera gear do you use for your work?

Phil Sharp: Years ago, one of my first digital cameras was a Kodak 14n.  A very early full-frame camera, unusable on anything over 80 ISO. This forced me to learn how to light things properly.  I’ve used Mamiya RZ67 but also other digital cameras Canon 5D, Sony A7R, but now I find the GFX works well with my style and makes the most of my fast glass.

The Phoblographer: Most of your models have a very sombre stare. What is the reason behind this pose?

Phil Sharp: I find human faces and expressions endlessly interesting.  I wouldn’t describe all the expressions as sombre; hopefully there’s more complexity than that.  A photograph of someone smiling can be great, but in some ways, it’s an end itself and requires no further examination.

The Phoblographer: There’s a lot of shadow play in your outdoor portrait work. Do you prefer working with natural ambient light or strobes?

The Phoblographer: A portrait that looks like a studio shot with a sci-fi touch. Please take us through how you achieved the lighting effect for this.

Phil Sharp: I used an Aputure 300d with a Spotlight mount and red gel. I think this was inspired by Nadav Kander.  I was interested in mixing soft light and hard light.  Using an Aputure Spotlight with a red gel, I was able to create a hard ‘cut’ of light.  Spotlights are often used in conjunction with gobos in film making or theatre, but the technique is very applicable in still photography.

The Phoblographer: There’s a wonderful medium format depth-of-field falloff in your work. Did you always shoot on this format or was there a natural progression to it over the years?

Phil Sharp: I used to use an RZ67, so I’m familiar with the benefits of medium format.  The GFX system came along at just the right moment, more affordable than PhaseOne or Hasselblad, with the added benefit of being able to use my beloved Zeiss lenses.

The Phoblographer: The film stock look most of these portraits have is really cool. Clever in-camera work, or a post processing style of yours?

Phil Sharp: Probably a combination of both.  Generally, my post-work is lots of small tweaks. I was trained in the darkroom, and my first cameras were film cameras, so I think my aesthetic sensibilities are informed by that.  I use Fujifilm Pro Neg Standard to give my jpegs a certain feel, then I use Lightroom and Photoshop to match the look.  I’ll often add a bit of grain if I feel the digital image feels too ‘clean’.

The Phoblographer: Making models feel less nervous in front of a camera is a real skill. What are some of the challenges you’ve faced doing this?

Phil Sharp: Subjects just want to feel they’re in safe hands; this takes time.  My portrait shoots can often take 3-4 hours.  As the photographer, you need to have a certain amount of control; subjects are looking for advice and guidance.  I think it’s important to give subjects license to pretend; you get to the truth via performance.  I don’t think saying things like “just be yourself!” helps at all.  Accept that what you’re doing is a construction.  Often a subject doesn’t really need to ‘do’ anything at all other than truly ‘look’ at the camera. I like to remind my sitters that while the camera may be looking at them, they can look right back. It shouldn’t feel like a totally passive experience.

The Phoblographer: Have there been scenarios where you’ve had only a few minutes with a client / celeb to get an image on location? How do you tackle such challenges?

Phil Sharp: Yep, sometimes I’ve been told I’ll have 30mins with a subject, and that gets cut down to 5 mins.  Or less.  Have to be prepared for worst-case scenarios and to make sure you get something.  I’ll often have several set-ups in mind.  One Hopes to get to execute the A-Plan, but I’ll always have a B-Plan, C-Plan in place.  Thankfully I’m at a stage in my career where these scenarios don’t occur too often.

The Phoblographer: What have been some of your more exciting and memorable assignments?

Phil Sharp: Flying to Nashville to photograph Patti Smith was a good one.  Cat Power at my home studio, playing with my daughter, was magical.  And spending time with John Kerry, just him and I a few years ago, was memorable.

The Phoblographer: Is there a pre-shoot dialogue that happens to establish what sort of poses would best work for a subject? Or do you first click a few standard portraits and then try something different as you slowly get to know them?

Phil Sharp: It’s the latter; each subject is different, so I like to get to know the vibe of each person and follow my instincts.

The Phoblographer: Without giving away too much, tell us what you think is the secret behind the dreamy, soulful connection that you’re able to achieve with the subjects?

Phil Sharp: Time is probably the most important factor.  I spend anywhere from two to five hours with my subjects; getting really good portraits isn’t something that happens quickly.

The Phoblographer: Who have been some photographers that influenced and inspired you to go pro?

Phil Sharp: I always knew I wanted to make a living as a photographer.  In terms of inspiration photographically, I tend to look towards Phillip-Lorca di Corcia, Nadav Kander, Diane Arbus. Irving Penn, Christopher Anderson.

All images by Phil Sharp. Used with permission. Check out his website, Tumblr, and Instagram pages to see more of his work.