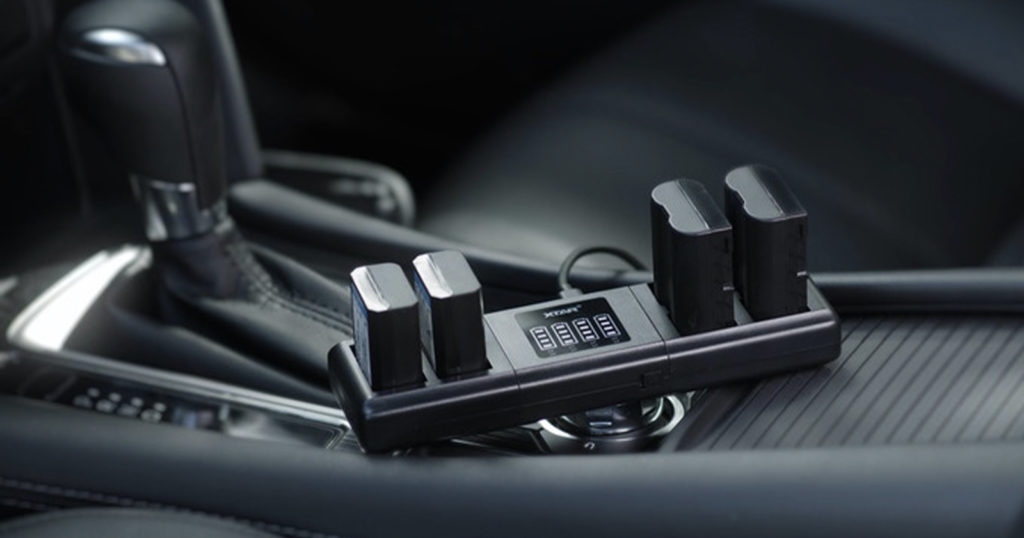 XTAR has launched a Kickstarter for a modular seven-in-one camera battery charger that promises to save space, time, and money and supports major camera brands and accessories with the promise of more to be added in the future.

Based in Shenzhen, China, XTAR is an electronic technology company that specializes in the development and manufacture of Li-ion batteries, smart chargers, and LED flashlights. According to the company’s press release, its latest Kickstarter campaign is set to provide photographers and videographers with the best solution to their battery problem.

Most photographers have experienced the need to charge multiple batteries on the go: it can be cumbersome to carry several chargers to a shoot or even keep them tidy at home or in a studio, especially when different camera brands are used and all require different charging devices. The company says that it has come up with a solution to this with the SN4 battery charger. It is a modular camera battery charger that uses a single charging base with a series of attachable docks that cater to different devices and utilizes a Type-C charging cable.

Launched on Kickstarter, the charger can be powered by a PD or QC adapter indoors, a car adapter in vehicles, or a USB power bank when working away from a wall outlet. The company claims that when connected with the XTAR PD45 adapter — which is available separately — the charger is able to support super-fast 3A charging speed in a single slot. XTAR claims it is four times faster than the chargers that ship with the batteries.

Measuring at just 61.7 x 52.7 x 23.2 millimeters (2.4 x 2.1 x 0.9 inches), the charger is designed to be convenient for shooting and traveling without taking up too much space in the camera bag or on a shelf at home. The unit features a display that shows the current power percentage of each battery being charged and also allows monitoring of the charge current levels being supplied to each slot used.

The charger supports a maximum of four batteries of different brands together at the same time and ensures that each one gets maximum power efficiency without overheating or overcharging, XTAR says. Currently, the SN4 charger supports nine different camera battery models from Canon, Nikon, and Sony, which can be mixed and matched on the charging unit. The company plans on adding support for DJI, GoPro, Panasonic, Fujifilm, Olympus, and other brands in the future, and expects to release a series of new docks to fit these batteries.

A full list of compatible batteries can be found on XTAR’s Kickstarter page, including any additional add-ons, such as the XTAR PD45 power adapter, and others. Having just launched its campaign, XTAR estimates the first batch of chargers to ship in July 2021.

XTAR’s solution is the latest that has promised to address this common problem, though few have actually been able to deliver. While the ISDT NP2 is a tried and true available product, it does not support the number of batteries that makes the XTAR charging solution so desirable. Last November, Bronine announced the Volkit charger, but the company has not yet delivered it to backers. According to the latest update on the Kickstarter, Bronine needed to modify the mold it was using and the shortage of PCB parts has made it difficult to get back on track with the original timetable. The company does say it plans to ship finished products to backers by the end of June.