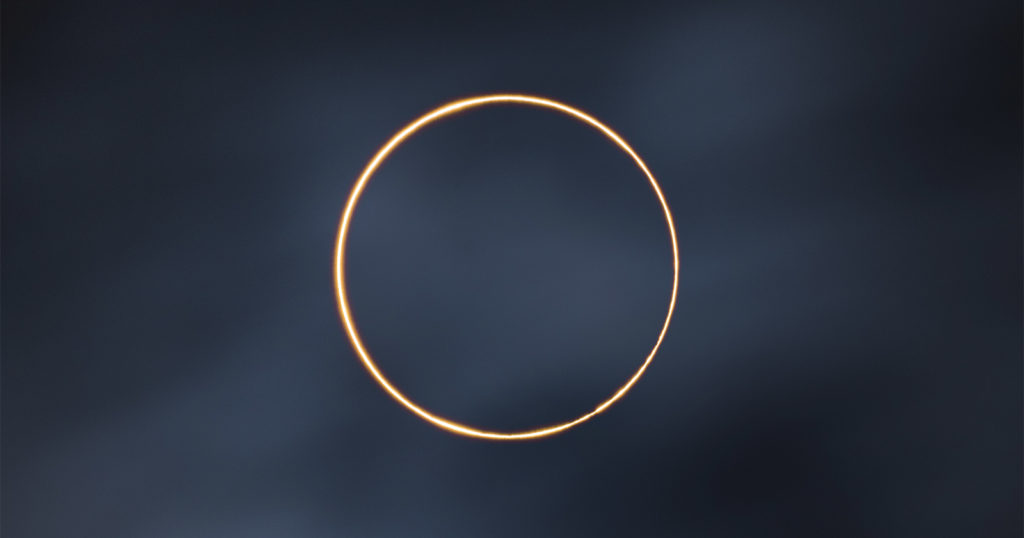 The Royal Observatory Greenwich has announced the winners of its 13th annual astronomy photographer of the year competition, with the £10,000 (about $13,793) top prize awarded for a beautiful photo of a solar eclipse titled “The Golden Ring.”

Astronomy Photographer of the Year is run by Royal Observatory Greenwich in association with BBC Sky at Night Magazine. Now in its thirteenth year, the competition organizers say that it received over 4,500 entries from 75 countries. The best of these exceptional photographs – winners, runners-up, highly commended and shortlisted – are showcased in the Astronomy Photographer of the Year exhibition at the National Maritime Museum, opening to the public from starting on September 18.

The competition shared some of its top picks earlier this summer when it published its shortlist of images from the year’s submissions.

The competition features 11 total categories: Aurorae, Galaxies, Our Moon, Our Sun, People and Space, Planets, Comets and Asteroids, Skyscapes, Stars and Nebulae, Best Newcomer, and Young. “The Golden Ring” was captured by Shuchang Dong and was selected as both the winner of the “Our Sun” category as well as selected as the overall winning image. The photograph depicts the annular solar eclipse that occurred on June 21, 2020 in a powerful and atmospheric composition.

On 21 June 2020 there was an annular solar eclipse and the photographer made sure not to miss it. He decided to go to Ali in Tibet to shoot it because it has year-round sunny weather. However, during the annular eclipse, there were dark clouds all over the sky. The anticipation was high but within a minute of the annular eclipse, the sunshine pierced through the clouds and the photographer was lucky to capture that moment. Afterwards the Sun disappeared again.

Below are the winning images from the other categories accompanied by a description of the images provided by the Royal Observatory.

As Third Officer, the photographer was keeping watch that night on the bridge of the ship when he noticed in the sky a tiny white band approaching like a snake. He had a feeling that there was something in the air, that something great would happen and instantly knew that this was what he was waiting for. He took his camera, went to the bridge wing, took position and started waiting. A few minutes later, the sky was full of bright green lights dancing in darkness and shining over everything on their way. The photographer felt that it was his mission to share this beauty with world.

An expanse of cosmic dust, stars and nebulae along the plane of the Milky Way galaxy form a magnificent ring in this image. The panorama covers the entire galaxy visible from planet Earth. It is an ambitious 360-degree mosaic that took the photographer two years to complete. Northern hemisphere sites in China and southern hemisphere sites in New Zealand were used to collect the image data. Like a glowing jewel set in the Milky Way ring, the bulge of the galactic centre is at the very top. The bright planet Jupiter is the beacon just above the central bulge and to the left of the red giant star Antares. Along the plane and almost 180° from the galactic centre at the bottom of the ring is the area around Orion. The ring of the Milky Way encompasses two notable galaxies in the southern skies, the Magellanic Clouds.

In a perspective reminiscent of the Apollo missions, the lunar horizon is crowned with a planet crescent. However, this is not Earth rising above the Moon captured by a probe orbiting our satellite, but Venus just before it gets occulted by the Moon, as observed from Earth in daylight on 19 June 2020. The rocky horizon of the Moon appears very dark in contrast with the gleaming crescent of the planet enshrouded by white clouds.

With the UK being in full lockdown and travel restricted for many months due to the pandemic, astrophotography became the photographer’s focus. This photo sums up the year 2020 – cramped but hopeful. The photographer’s six-year-old daughter, who is always very interested in the photoshoots, was around during the set up. Sat by the door, she was showing the stars appearing one by one in the sky to her soft toy Max, and this gave the photographer the perfect opportunity to get her in the frame which complimented the message behind the photo.

The photographer was shooting with two other friends on that cold January evening. They weren’t planning to capture meteors but distant galaxies and nebulas. After setting up the camera to shoot the Leo Triplet galaxies, the photographer and his friends saw a bright green meteor burning right before their eyes as it tore through Earth’s atmosphere. They were all in awe of witnessing a fireball meteor. After they caught their breath, one of the friends mentioned that the photographer’s camera was pointing in the comet’s direction, but the photographer thought there was no way he could have caught it as he had zoomed all the way in. Once he checked his camera there it was – perfectly framed. The photographer had made a mistake and the lens wasn’t zoomed in, making the perfect composition for the meteor. This incredible image was a happy accident.

The smouldering crescent Moon floats in an ocean blue atmosphere above quiet, glowing dunes of sand and the red of the sunset has faded into the blue twilight. The photographer hiked deep into the dunes and eventually found the foreground he had imagined for this shot. Once everything was assembled, he looked up and there hung a shining sliver of a crescent moon outlining its dark but visible face. This HDR/perspective blend integrates four images, all shot that evening with the same 70–200-mm lens, and from the same tripod location. The images were combined in Photoshop and together they effectively replicate the sublime scene the photographer witnessed that evening.

The California Nebula, otherwise known as NGC 1499, was captured over seven nights in 2021 using broadband and narrowband filters, with a total integration time of 16.1 hours. This emission nebula is around 100 light-years long and 1,000 light years away from Earth. It is named California Nebula because it appears to resemble the outline of the US State of California. The raw data was pre-processed and the stars were removed using a tool called Starnet, then later replaced during post-processing with the more naturally coloured stars from the RGB (red, green, blue) data. In this Hubble Palette version the hydrogen-alpha is mapped to green, singly ionized sulphur (SII) is mapped to red and doubly ionized oxygen (OIII) is mapped to the blue channel. While the colours in this image are not the true colours, the narrowband filters reveal much more of the hidden gasses not visible in a broadband image.

Four hours before the Falcon 9 launch, the photographer downloaded the Photo Pills app, subscribed to flightclub.io and started an intensive research to understand both applications and pinpoint a location where the flight arc would overlap the Moon. When the photographer arrived at the launch location, he was blocked by a gate and ended up on a different dark road with trees blocking the launch pad. After making a quick calculation, he parked and ran a hundred feet in the dark and then the sky lit up as Falcon 9 soared straight up, tilted over, and aimed right at the Moon.

This is an image of the Sun, the Moon and the planets of the Solar System (except Earth) taken during the year of the rat in China. In this special year, the photographer felt very lucky to produce the images of these celestial bodies and for a student who has only practiced astrophotography for one year it was a great accomplishment.

All the winners, runners-up, and shortlisted entries can be viewed on the Royal Observatory’s website. This year’s winners, shortlisted entries, and a selection of previous winners will be published by Collins in the competition’s official book, available for pre-order from the Royal Museums Greenwich shops and online starting on September 30 for £25 (about $35).

Image credits: Header image by Shuchang Dong, all other images individually credited and provided courtesy of the Royal Observatory Greenwich’s Astronomy Photography of the Year 13 (2021).