The Most Bizarre Confrontations I’ve had in Street Photography 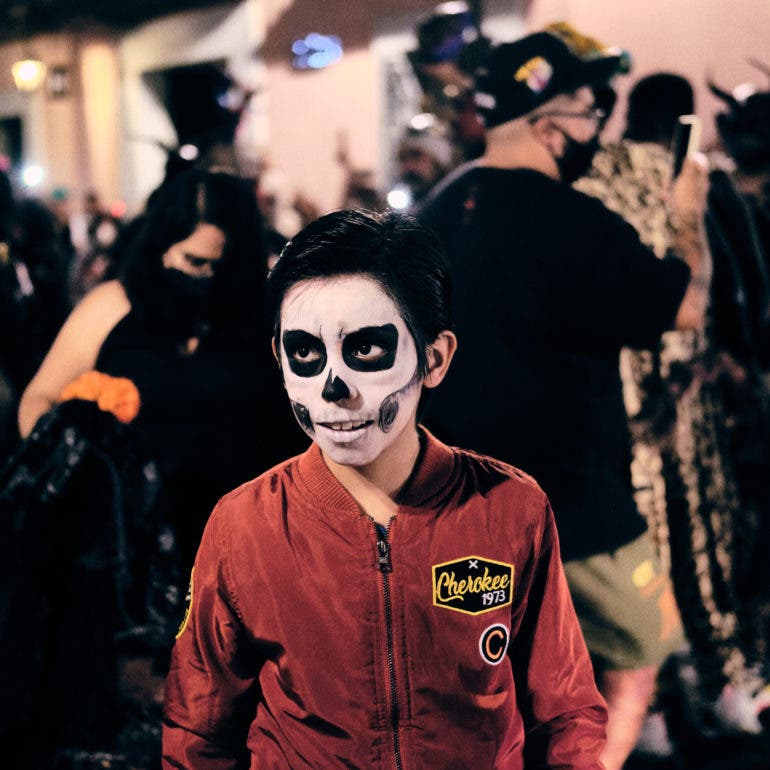 Before we get into the light-hearted tone of the article, allow me to preface this and talk about confrontation quickly. We’ve written before on the topic, and shared ways to deal with it. If you do find yourself in a situation where things become heated, don’t be a hero. The main objective is to defuse the situation as quickly as possible, which often means walking away. While it’s your legal right to shoot in public (depending on where you live), there are still certain street photography ethics you should follow.

Despite the negative press Mexico often receives, the country is one of the best places to shoot street photography. From Oaxaca City to Roma and Condesa, colorful streets and beautiful nature make it perfect for candid work. But it was while I was in Mexico City, I had one of the most bizarre confrontations I’ve had on the streets.

I had been walking for hours creating street photographs and was heading back to my apartment in Roma Norte. By this point, I was tired, and my camera wasn’t in my hand but rather, just hanging from my neck. Approaching me were two men, one of them around 6 foot 2-inches and 200 pounds. As our path crossed, without any aggression in his voice, he said, “f*ck you and your pictures,” and carried on walking. I had no response. I stood in shock for a moment and then returned home.

Street Photography and the Dodgy Kebab

Many kebabs shops are questionable, just for the cuisine alone. However, my encounter with a kebab shop in Albania had nothing to do with the food, but the shop owner instead. I made a photo of a huge donor kebab. It was a quick snap, and then off I went.

While walking away, I felt a tug on my camera bag. I turned around and saw a bald, middle-aged man with an angry look on his face.

“You don’t take a picture,” he says. “Erm, I did.” I replied. He continues, “I don’t want you to take pictures of my shop. It’s private. No pictures.” I keep calm and politely offer to delete it. “No. you don’t delete. You keep. The damage is done. Now you come to eat kebab.” He grabs me by my arm. “You come and eat kebab.” I pull myself away and firmly tell him he is not to put his hands on me again and request he takes some perspective and calm down. I tell him, “I would never purchase a kebab from a man who is so rude and hostile.”

At this moment, his whole demeanor changes. He starts smiling. It’s like we’re friends now. He apologizes and says, “We make a deal. You email me the photo I give you kebab on the house.” Back then, I loved a good kebab, and to be fair, it did look tasty. We sat down, I explained what I do, and he was more understanding. And the kebab was good too. Winner.

If you have ever lived in London, you know that the streets are full of fashion. Men and women just dress differently in this city, at least compared to some of England’s smaller cities and rural areas. On one photo walk, I came across a woman who was dressed in a super cool outfit. Her pose was perfect, almost as if she knew I was making her photo. I created a quick candid portrait, and she caught me in the act. “Hey, weirdo, what are you doing?” she yelled at me. I took a deep breath and thought, “Here we go.”

I explained to her that I thought she looked cool, and the way she stood was perfect for the photo. “You could have asked me,” she said. I replied, “I could, but that would have ruined the moment.” She said to me, “Well, can you at least send me the photo?” Of course, I obliged, and we exchanged details. During our exchange, she ended up asking me out for coffee, and we went on a date! I never saw her again after that.

99 percent of the time I shoot street photography, I have zero problems. Most people don’t care what you’re doing. And when I do have confrontations, most of them are mild or bizarre, like the examples above. If you’re worried about confrontation, don’t be. Street photography, for the most part, is lots of fun and super safe to practice. So get out there and start creating pictures.