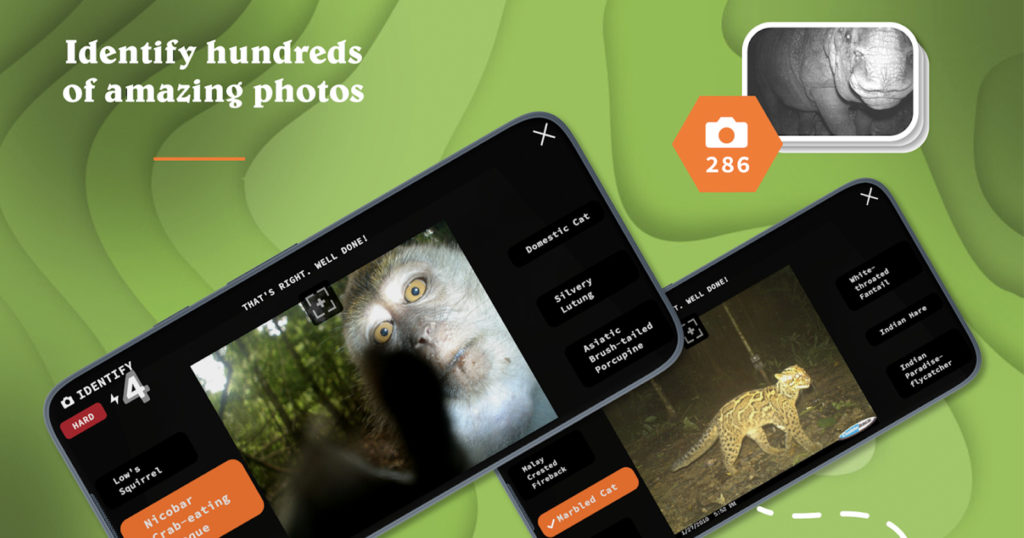 A massive ten-year-long biodiversity study that represents the largest camera trap effort ever has now been turned into a free mobile game called Unseen Empire.

Oxford professor David Macdonald and his Wildlife Conservation Research Unit (WildCRU) undertook the study to research the impact of deforestation on the habitat of the clouded leopard — an endangered large cat — writers Internet of Elephants.

The research team set up a hidden network of 160 automatically-triggered cameras in a 50,000-acre grid in Myanmar’s forests to give them the opportunity to catch a glimpse of this elusive cat, but they not only found a visible record of the “practically unstudied clouded leopard,” but also a confirmation of other endangered species present in the area. All of the small pieces of data gathered about the clouded leopard contribute towards building “a rich portrait of the unique ecosystem in northwestern Myanmar.”

A post shared by The University of Oxford (@oxford_uni)

Macdonald took to camera traps to help him and his team study the fast-shrinking species of clouded leopards when this type of technology — as well as the techniques to analyze the acquired data — was just in its infancy. Eventually, with enough cameras, combined with computer analysis and modeling, the team was able to perform the work of many in a short time and on a massive scale.

The project explains that the findings from just this grid would be considered noteworthy and interesting, but Macdonald and his team went further — with the help of private donors — and installed similar camera grids in 66 other sites that spread across the entire known range of the clouded leopard. These sites include both the mainland species, Neofelis nebulosa, in Myanmar, Cambodia, Laos, Nepal, Thailand, India, Malaysia, and Bhutan, in addition to the Sunda clouded leopard, Neofelis diardi, which is unique to the islands of Sumatra and Borneo.

The team’s discoveries included catching a photo of a clouded leopard in Borneo’s Sebangau peat-swamp forest, which was the first scientific proof of the species in the region. They also recorded the first yellow-bellied spotted weasel in Cambodia and saw the last known tiger in Laos in 2014. This was followed by major articles analyzing the entire clouded leopard habitat that helped identify “emergent threats from poachers and loggers to dams and palm oil groves, but also mapped opportunities for new preserves and conservation corridors that will connect them to protect the long-range health of the many species who live there.”

Macdonald and WildCRU’s decade-long work is now the basis for “Unseen Empire,” which allows the general public to gain access to such an extensive academic study and shows the effort and dedication by humans on the ground to keep the world’s biodiversity and wild spaces intact. In playing the game, users can re-enact the research process as they place camera traps across eight countries and collected and identify hundreds of never-before-seen photos of rare animal species.

The project and the app were made through a collaboration between the Internet of Elephants, WildCRU, the Zoology Department at Oxford University, Clever Franke, who developed the user interface design, and the National Geographic Society, which provided a grant.

The app can be downloaded for free on Apple App Store and Google Play.