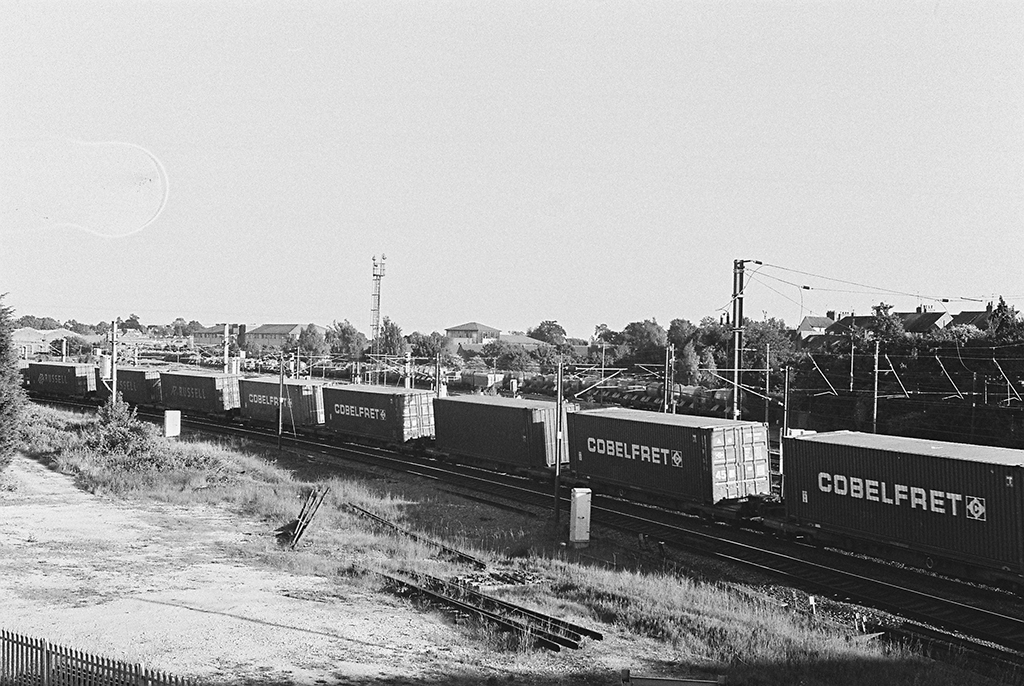 One of the highlights of the Analogue Spotlight section at the recent Photography Show was a lively talk by Tonicha Gordon and Nikki Layton, aka The Grain Gurls. We caught up with Tonicha to find out why so many photographers under 30 continue to be drawn to film…

What exactly is The Grain Gurls and how and why did you and Nikki get into film photography?

Grain Gurls is a free-to-join, not-for-profit collective for female film photographers. I started off shooting digital when I studied photography in college. From there I experimented with Polaroid and Lomography and then decided to give full-on film photography a go. I’ve never looked back

For me, film photography is a lot more personal, in the sense of getting more involved with the camera. With digital, you can take 10 frames within 10 seconds and pick the best one, but with film, you have to put your heart and soul into it and work with or against the camera – the element of surprise is appealing too, as you won’t see the results until the film is developed.

Some of colours and textures you get with film are just phenomenal, too.

We are both into street photography, but I have been getting heavily into shooting landscapes with film, too. I live in the Lake District, so there is more than enough scenery. Nikki has also been doing a lot of portraiture.

Why set up Grain Gurls now?

It was a lockdown project. We were both bored, and we’d discussed setting up a platform to support women film photographers on Instagram. We just thought, right, let’s do it; even if nothing comes of it, we’ve got something that we can do as a fun side project.

With lockdown you have all the time in the world.

Do you make many more from the site?

It’s more of a general resource for the film community. We do sell merchandise, but any money we make we put back into the site. We generated enough money from sticker sales to set up a website, for example.

What specifically are you doing to get more young women involved with film photography?

As well as building the community, we want to do photo walks with the aim of bringing female film photographers together and helping them to make friends or ‘film buddies.’ I also plan to do a blog on safer street photography, as for many women, wandering around a city centre on their own with a film camera can be intimidating.

What film gear are you currently using?

I use an Olympus OM2n with a f/1.8 50mm lens, then a point and shoot Olympus mju. I recently bought a Bronica ETRS 120. Shooting film has opened my photographic ‘eye’ a lot more and reignited a passion for photography.

With today’s digital cameras so advanced, do you sometimes find shooting manually with film cameras can be frustrating?

No not really. You can get AF film cameras, but I prefer the manual side of photography – it’s how I learned. With film you do have to put a lot of thought into it – the speed of the film, how old it is, how it’s been stored, etc. Shooting film can be more of a challenge, but it’s fun.

But phones are now so advanced…

Yes but with smartphone technology now so advanced, it’s like anyone can do photography. I think a lot of younger people are looking for something different, which is why they are turning to film photography, Polaroids etc. The guy I bought my Bronica from was a retired pro photographer and he was delighted that a new generation was getting into film.

Film can be expensive, too. What do you do to keep costs down?

Both Nikki and I scan at home so we only pay for film development. Some retailers, such as Analogue Wonderland, now have a point system, so the more you buy, the more you get off – this is useful if bulk buying. Film subscription services are also good value for money. You can also find cheap film on eBay or Facebook Marketplace, but you have to be quick.

Do you worry this film photography boom will prove to be a hipster fad and peter out in a few years?

I don’t think so. There are always bandwagon jumpers, but our experience has shown there is definitely a bigger community out there which has a passion for film photography. Film will stick around, so long as it doesn’t get too expensive. And even if some great films are discontinued, there are lots of independent labs bringing out interesting new emulsions.

You’re big mates with West Yorkshire Cameras. Do you get the sense film retailers are benefitting from this revival?

Definitely. When I first visited West Yorkshire Cameras a few years ago, they just had tiny little shop, now they’ve got a cult following on Instagram and a much bigger store. A lot of people approach them for interviews, not to mention repairs – they are very handy when people find old cameras and need specialist help. So everyone in the community is benefiting from the film revival.