The Best Smartphones for Photography in 2021 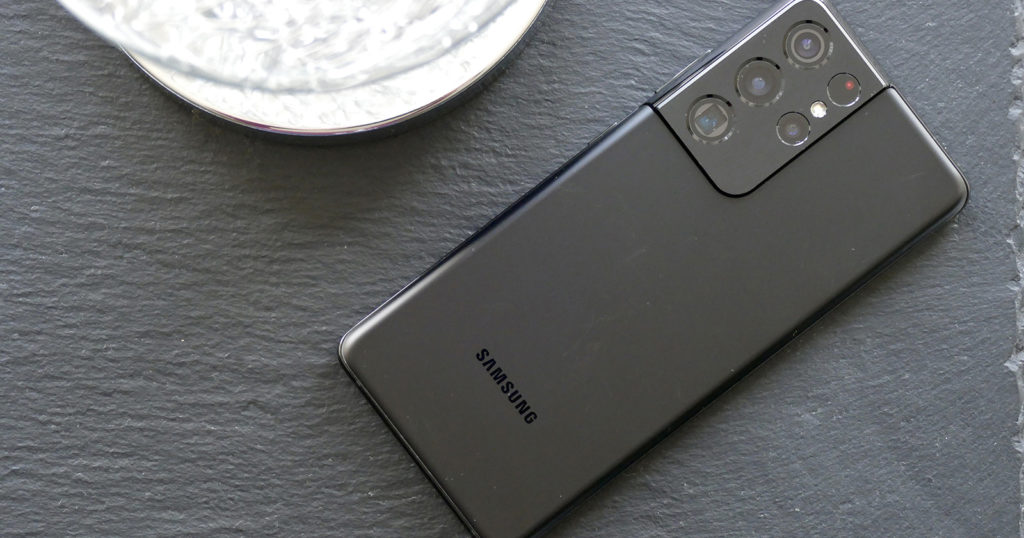 Almost everyone wields a camera these days because they already have one by default on their smartphones. But not just any phone will capture the best results, and that’s why some stand out for particular reasons.

Mobile photography is now one of the major battlegrounds for vendors trying to one-up each other. Thankfully, it’s not entirely about numbers, despite megapixel counts hitting new highs, it’s a lot about how effective software can be to do more with the available pixels. That can also depend on how you look at what the software gives you, especially relative to the varying modes phones now regularly offer.

We’re talking about an ever-evolving situation, where new phones may supplant old ones, while others trade places based on how new updates affected performance and output. Whether it’s pro mode features, software that does amazing things, or getting more for every dollar you spend, this roundup is a good place to start. We at PetaPixel will be updating it regularly to reflect a changing and shifting market to give you the insight you need to shoot what you want.

What We’re Looking For

There are plenty of smartphones with what you could consider to be “good” cameras, but the “great” ones are fewer in number, and it often shows. When we look at what would put a smartphone camera on this list, we always look for the best results, particularly when talking about a specific type of photo. That may not necessarily mean the phone is the best in every other facet, but if it’s noted here, there are reasons for it.

That’s why we also broke things down into categories that differentiate between the strengths of certain devices. One phone may be better at shooting portraits, whereas the other has a Pro mode cutting above the rest. Computational software is so integral, and yet, not everyone does it well.

We break it all down into six distinct categories:

A year ago, Samsung would’ve struggled just to make this list with the disjointed effort that was the Galaxy S20 Ultra. That’s not the case with its successor, which rectified some key missteps and put together one of the most well-rounded cameras available. It’s not perfect, mind you, and does need work in some areas, but it’s easy to like the variance and output you get.

Samsung used its newest ISOCELL HM3 image sensor to push further on the hardware side, and to some degree, is also pushing smarter use of newer lenses and smarter software. We’re certainly not referring to gimmicky nonsense like the 100x Space Zoom, but more the restrained color output and improved HDR that gives photos so much better composition.

The two zoom lenses complement each other well, especially the 10x zoom that emulates a 240mm telephoto. They may be the best images a zoom lens currently takes on a phone, and while the 30x hybrid has its up and downs, it can turn out a decent shot at the right time. Samsung would be better suited to making its Pro mode more accessible to the myriad of rear lenses, but alas, it’s only for the main and ultra-wide lenses, and only at 12MP. Great for low-light, not so much for taking a photo you want to make bigger, unless you try features like Adobe’s Super Resolution.

All that said, if not for the U.S. ban on Huawei, that brand’s P50 Pro would likely have been in this position. One of the most versatile and superb cameras of any smartphone to date, its retail and software limitations, as far as the full gamut of Android goes, preclude us from placing it here. But if you are so inclined, its output won’t disappoint. The Xiaomi Mi 11 Ultra was gunning for the top crown this year, though its availability and efficacy are in question on this side of the world. However, since the Galaxy S21 Ultra is the only true Samsung flagship this year, it will continue to be the company’s standard until a possible Galaxy S22 Ultra comes out.

Samsung’s spot isn’t all that secure, either, given that Apple scored key points with the iPhone 13 Pro and Google looks to make a big splash with the Pixel 6. Vivo is also in the hunt, and makes this list with good reason.

The X70 Pro+ has one of the best phone cameras, as a whole, and what makes its Pro mode compelling is that it tries to qualify the user. Onscreen explainers note what a feature or setting does, opening the door to a learning experience — something lacking in getting more mobile shooters to try a mode like this.

Vivo didn’t dramatically change how it all works over this phone’s predecessor, focusing on the software side of things to make it better. That includes making the interface a little smoother and cutting down the time it takes from pressing the shutter to capturing the photo.

The other advantage is that you can use all of the rear lenses in this mode, something that isn’t always available in rival handsets. Vivo could’ve moved the lens icons in the interface further away from the composition settings, but once you avoid false positives, you can really start to benefit from shooting in RAW at multiple focal lengths. Even its built-in Macro mode kicks in when going close up, though it would’ve been nice if the mode made it clearer about how close you can get to a subject.

Since Vivo’s Night mode can sometimes over-process shots, Pro ends up being an ideal alternative. The slow shutter mode can handle unique long exposure captures, but Pro often fills in well for low-light shots, especially when using a tripod or flat surface to prop up the phone for a slower shutter. This may have been another one Huawei could win, or at least vie for, but since Vivo has no quarrel, it’s a solid alternative.

After sticking to many of the same hardware specs for its rear camera array, Google finally did something new with the Pixel 6 lineup, and the results suggest more is coming on the software side to benefit from that. The 50-megapixel sensor actually shoots at a binned 12.5-megapixels to take advantage of larger Micron pixels in low-light shooting, though Google’s computational software works to optimize shots in all conditions.

Adding a third lens in the telephoto helps cover a longer range, and the 20x Super Res hybrid zoom may be the best in its class. You can shoot using all three lenses in almost every mode, and despite Google’s refusal to add a pro or manual mode, it does make RAW readily available across various modes.

The new Motion mode tackles action and long exposure photography in ways that are cool, yet still in progress. Use them right and you can get great results, so long as you follow the learning curve to understand when they work best. Magic Eraser isn’t exclusive to the Pixel 6 Pro, as it’s more a Google Photos feature, but you can always try using it to remove unwanted elements in any shot you take.

It would be hard to find a phone that shoots as well as the Pixel 5a does for the price. It’s also not an easy phone to find outside of the U.S., since Google limited its availability. It is a 5G-enabled device that borrows so much from its flagship sibling when it comes to capturing the same photos under most of the same conditions. You also get an ultra-wide lens with a 107-degree field of view, albeit without optical or electronic image stabilization.

Still, the sensors and computational software are otherwise capable of producing images on par with the Pixel 5. That means Night Sight and Portrait mode are going to still look really good, and with RAW capture always available, there’s room to do more in post. For those on a budget, it’s going to be one of the best phone cameras less money can buy.

Sometimes, a smaller phone just fits better, and it’s hard to find one better than the iPhone 13 mini right now. What makes this phone work so well is that you don’t compromise much for the lack of size. The mini sports the same features and output its larger iPhone 13 sibling does. If not for the 5.4-inch Super Retina XDR display and 2458mAh battery, the two phones are otherwise running on the same specs.

And those are different from previous iPhones. Apple says the 13 mini can take in more light and produce better images than its predecessor, the 12 mini. The better comparison is probably with iPhones that came before them, including the most recent iPhone SE, which can’t match the 13 mini’s ability to snap good images. It’s hard to also find an Android phone that can do it in the same diminutive size, though the Pixel 4a is a tough competitor.

That you get a good ultra-wide lens to supplement the primary camera is great, but so is the fact shooting video is effective. Apple included its newest Cinematic mode, though you can only use it with the primary lens.

The iPhone is still among kings when it comes to video recording, and it has a lot to do with how well it captures color, tone, and texture. The iPhone 13 Pro and Pro Max are essentially the same device, save for the difference in size. They have the same camera system, which means you’re going to get the same results, either way.

The biggest addition is Cinematic mode, and how it allows you to change focus on a subject, as well as adjust the aperture when editing clips afterward. Eventually, you’ll be able to do the same on iMovie and Final Cut on a Mac, too. The one drawback is that you’re limited to shooting in 1080p at 30fps, but regular video recording offers more options, particularly with resolution and framerate, along with Dolby Vision HDR. Once Apple releases an iOS 15 update to enable ProRes, it may be easier to shoot more while taking up less storage.

If we were talking a truly “pro” level here, the Sony Xperia Pro or Xperia 1 III might take this spot, but those aren’t necessarily made for every type of user. The iPhone 13 Pro is a little more accessible and its video features are at least easy enough to learn.