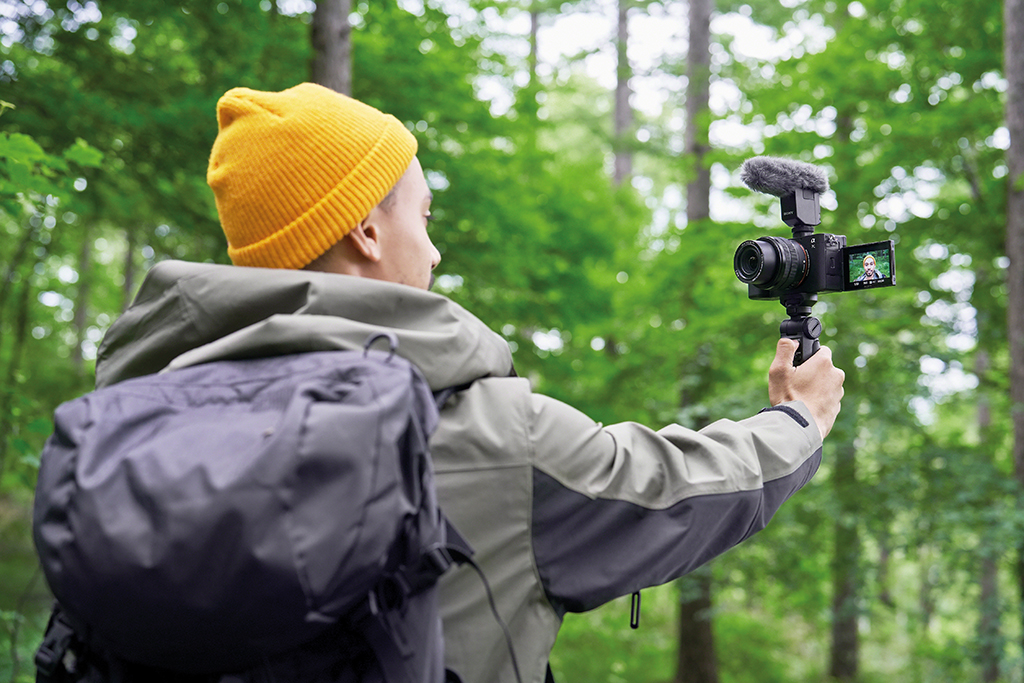 Matty Graham explains how to get into video making and the best lenses for the job, without breaking the bank

As brands launch a steady stream of cameras packed with high-resolution video modes, more photographers than ever are testing the waters and taking tentative steps into the world of movie-making – not only as an additional stream of revenue but also to capture precious moments of friends and family.

While the camera bodies have features on hand such as 4K video, Log Profiles and ports to capture enhanced audio, it’s often down to lens choice where problems with results and quality can occur. Quite simply, not every lens you own will be up to the job but before you rush out and spend big money on a pricey cine lens designed solely for video use, take a moment to read this feature.

There are plenty of stills lenses out there that include features which are advantageous for video use and do a great job of helping videographers capture impressive footage.

Anatomy of a good lens for video

There’ll be times when filming scenes with a shallow depth of field that you’ll want to take more control over the focusing system and instead switch to Manual Focus (MF). In these scenarios, you want to have as much physical control over the lens as possible and the lenses to avoid are ones that have impossibly thin focus rings that are very unergonomic and hard to get precise control over.

Instead, look out for optics with a big, wide focus ring that you can get a good hold of. Better still, focus rings with a pronounced rubberised texture will further aid your hold and prevent your digits slipping off the focus ring.

An aperture control ring enables users to change the aperture setting via the ring on the lens, rather than needing to fiddle about with the camera body dials or menu. This is important because when you are capturing footage, you’ll be using a set shutter speed, such as 1/100sec, so in order to balance an exposure level, you’ll want to adjust the aperture instead (although you can also use ISO and ND filters to balance exposure too).

Some aperture rings are ‘clicked’ meaning you feel a physical click or step as you turn the ring. It’s more advantageous for a video-friendly lens to have a declicked aperture ring, that will turn freely without resistance, allowing you to balance the exposure more easily.

Shaky footage is no good to anybody and while there are other options to stabilise footage – namely IBIS (in-body image stabilisation) inside the camera body or the use of a gimbal so the videographer can move around while keeping the camera steady – using a lens with Image Stabilisation technology adds to the photographer’s ability to keep things steady.

Most IS-enabled lenses offer the user the ability to switch the stabilisation off and on, giving the user even more control. For the ultimate in stabilisation, pairing an IS lens with a camera body with IBIS will extend the compensation limits.

Big, heavy lenses are okay for video as long as you are happy to lock off the camera on a tripod, but this delivers static and uneventful footage. If you are going to capture motion by using the camera on a gimbal or other device then you want to reduce the load on the gimbal motors and this means using a lightweight and compact lens.

Pancake optics are ideal – for example, Sony’s 16mm f/2.8 not only measures just 62×22.5mm but it tips the scales at a mere 67g, making it a gimbal-friendly choice for videographers on a budget.

When shooting video, you’ll more than likely want to shoot a lot of contre-jour shots when you shoot into the light to capture backlit subjects. These high-contrast lighting situations can flummox inferior lenses and produce huge amounts of flare and specular highlights. When looking for a lens that you can use for stills and video, make sure it has a decent level of coating to protect against these issues.

One common mistake many photographers make when moving into video for the first time is to select a lens that’s too wide. Of course, there will be times when a wider angle view will suit the scene, but going too wide all the time can leave subjects in the frame looking too small and generally lost. A mid-telephoto focal length such as 50mm is a great place to start as this focal length is similar to the natural perspective of the human eye.

Picking a lens with the right motor system is crucial when selecting a video-friendly optic. Sluggish motor systems will not only struggle to keep up with a moving subject in the frame, but they will also create ‘lens hum’, which can be picked up on your microphone and ruin your audio. By contrast, a lens with a fast, modern motor system will be quiet, fast and accurate, leading to more usable footage.

ND filters can prove useful when shooting video as well as stills. With your shutter speed locked in at 1/50sec or 1/100sec, it can be easy to overexpose a frame, particularly if you wish to employ a fast aperture like f/1.4 to create a shallow depth of field. A video-friendly lens with a familiar filter thread size (such as 67mm, 72mm or 77mm) will mean you probably already have a ND filter (whether it be a screw-on or via a filter holder) that you can use to balance your exposure level.

Canon’s ‘nifty fifty’ lenses have been highly acclaimed for years by photographers using the brand’s DSLRs to shoot stills and video, but with Canon’s introducing a full-frame mirrorless range with cameras like the R6 and RP, a new version was needed. The result is the RF 50mm f/1.8 STM – a lens that balances price, size and a fast maximum aperture beautifully to produce a must-own optic for Canon video shooters.

Measuring 69.2×40.5mm and tipping the scales at only 160g, this lens will balance nicely with cameras like the EOS R6 when paired with a gimbal like the Ronin-SC. The 50mm will give a natural perspective close to that of the human eye and the lens features Canon’s STM motor technology for fast autofocus that will be quiet and won’t pick up on your audio track.

The RF 50mm enables videographers to capture frame-filling footage of smaller subjects thanks to a closest focusing distance of 30cm and features Canon’s Super Spectra Coating to enhance quality.

While longer focal lengths can provide tighter framing, there are times when you will also want to shoot wider scenes and a great choice for these occasions is Sony’s 16mm pancake lens, which is designed for use with the brand’s APS-C cameras such as the Alpha 6600 where it takes on an equivalent focal length of 24mm thanks to the sensor’s 1.5x crop factor.

Make no mistake, this is a tiny lens, measuring just 62×22.5mm and tipping the scales at only 67g, but there’s still room for a 5-elements- in-5-groups design and a 7-bladed aperture.

What’s more, the tiny Sony optic offers Direct Manual Focus with non-rotating focus ring for when videographers want to take more control over their focus point in the frame. The barrel is made from aluminium and if you need to go wider, the 16mm f/2.8 is compatible with Sony’s VCL-ECU1 ultra-wide converter and VCL-ECF1 fisheye converter accessories.

A purpose-built cine lens from less than £300? You’d better believe it and if you are starting to take video seriously, it could well be worth taking a good look at this Samyang optic. Available for Nikon F, Canon EF, Pentax K, Sony E, Sony A, Fujifilm X and Micro Four Thirds mounts, the Samyang 85mm is a manual focus optic that features 9 elements in 7 groups including an aspherical element.

The lens features an aperture (A) ring, although on a cine lens the aperture is prefixed with T instead (for example T/1.5) and there’s also a wide geared focusing ring, that will allow videographers to pair this up with a follow focus system, enabling precise adjustments to the focus setting.

Sporting a dust-proof design, the lens also offers Samyang’s Ultra Multi Coating (UMC) technology for better image quality and to provide protection from flare. Other features include an 8-bladed aperture to make the most of the bokeh created from that fast T/1.5 maximum aperture and a 72mm filter thread.

The exceptional optical performance of Sigma’s Art series has been well known for a while now, but what you may not be aware of is that the Art series shares a lot in common with the construction of Sigma’s Cine lenses, making them perfect for filming video without the additional price-tag.

The 85mm F1.4 DG DN Art gives videographers a lens that can capture tighter scenes and the maximum f/1.4 aperture will create an incredibly shallow depth of field that’ll bring a cinematic feel and a higher production value to your movies.

The 85mm f/1.4 Art lens packs in no less than five SLD (Special Low Dispersion) elements to deliver that optical quality but there’s far more to this lens than the glass because the lens also features a declicked aperture ring, enabling users to change aperture and balance exposure levels during a live take.

The AF system employs a stepping motor, which is optimised for both phase and contrast detection. Despite these pro features, the 85mm isn’t a lump and weighs in at 630g while offering a familiar filter thread of 77mm, which allows users to add ND filters to further control exposure levels.

Boasting dust and splash resistance, the 85mm f/1.4 Art also features an oil-repellent coating and the build features a mix of aluminium and TSC (Thermally Stable Composite) to keep the construction strong yet light.

Our best tips for filming food