The AuRA is a New Rotary Assist Film Developing Machine 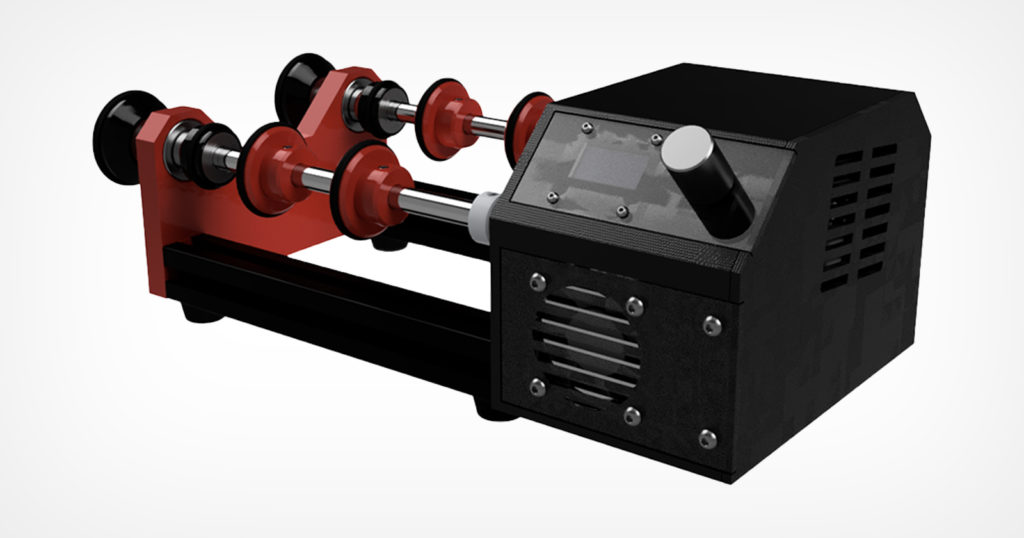 Viktor Falendysh, a Phoenix, Arizona-based photographer and film enthusiast, has announced the AuRA Rotary Assist Film Developing Machine on Kickstarter. The AuRA is touted as a simple yet powerful developing machine, especially for films that have a long processing time, since it handles the timing and rotation of the films to ensure consistently good results.

Falendysh says that the AuRA will make the development process an enjoyable one for film enthusiasts who already process their own film and free them from having to perform repetitive tasks while at the same time helping save on the amount of water and chemicals used when compared to traditional development.

The current configuration of the device supports popular German 1500 system tanks (1510, 1520, and 1510 with 1530 extensions), 2520 tanks, and English System four, two, and three reel tanks with a horizontal orientation that allows for what Falendysh touts as impressive savings on the number of chemicals needed to develop the film. According to the technical details published on Kickstarter, the AuRA machine will save between 40% and 60% per tank. Other tank sizes and designs may be compatible but have not been tested with the device yet.

The AuRA has four different time-controlled rotary modes. The first is an Easy Mode that is the closest to the manual development and is best for Black and White films, followed by the Continuous Agitation mode which rotates the tank in the same direction for a specific time (ideal for washing cycles). The Oscillate mode turns the tank in opposite directions and is best used for the fixing stage or when a non-aggressive agitation is preferred. Finally, Progress mode is a variation of the Oscillate mode where the tank rotates forward and back for about one-quarter of the previous rotation. All of these modes can be run at any of the preselected speeds ranging from 10 to 75 RPM with only the 2520 tank being limited to 50 RPM due to its size.

The film developing machine also boasts the availability of audible notifications that will alert users when processing steps are near completion, as well as the ability to use rotary mode “presets” with five different “Mode-Time-Speed” combinations settings that can be quickly recalled once they’ve been saved in the system memory.

Falendysh says each device is manually assembled and tested before each shipment to ensure quality. Each AuRA developing machine is fully serviceable with most of its components readily available on the open market, saving users from having to hunt down custom or specially manufactured parts.

Below are a set of sample photos that were processed with the AuRA.

The AuRA Rotary Assist Film Developing Machine is available to back on Kickstarter for as low as $199 as an “Early Bird” backer or as high as $499 which includes additional parts and perks. Aura estimates shipping of the finished developing machines to begin between October and November of 2021 if the project is fully backed.