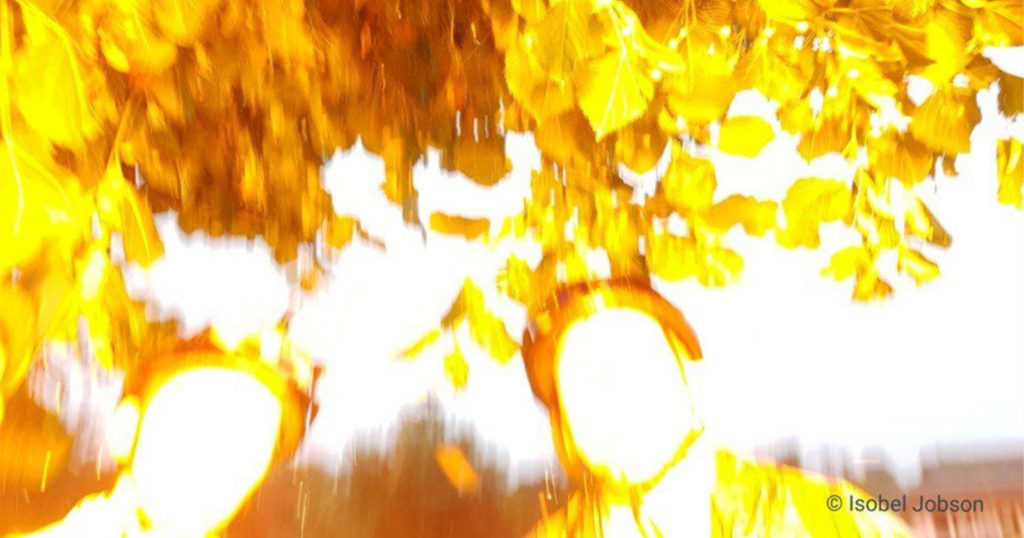 Three teens posed to take a selfie together when lightning struck the trio. That exact moment was captured on camera.

Originally reported by the BBC, Rachel, Isobel, and Andrew Jobson were out for a bike ride when they paused under a tree near Hampton Court Palace in South London earlier this week. The three had stopped to both get out of the rain and allow Rachel, the eldest, to quickly use a nearby bathroom. When she emerged, the three siblings posed under a tree for a photo together before the heavens seemed to open above them.

“The picture of us at the moment the lightning strike happened was at 17:05,” Isobel, 23 and a PhD student told the BBC. “I took a picture of us smiling and we then wanted a sad picture in the rain. All of a sudden I was on the ground and couldn’t hear anything apart from this high-pitched buzzing. My whole right arm was numb and I couldn’t move it.”

“We were taking the picture with our phone and then the next thing, I was on the ground. I felt disjointed. My sister and I were screaming,” Rachel said. “I got burnt on my thigh and stomach and it’s left lightning-like marks behind on me and my sister. I couldn’t feel my arm.”

The three were helped to their feet by passers-by. The three then waited at the H at Moseley Lock Cafe before paramedics arrived and took them to St. George’s Hospital in Tooting. The three said that while all of them sustained some injury, Andrew was more stunned by the incident than physically harmed.

His sisters, on the other hand, had it a bit worse. Doctors believe it is possible that a titanium plate that Isobel had implanted in her arm following a cycling accident the previous year may have been the reason lightning struck them.

Three siblings have paid tribute to the medical staff at #Tooting's @StGeorgesTrust, who looked after them after all three were struck by lightning (with the moment captured on camera!). Full story via @BBCNews: https://t.co/C0Ri6wHAPt pic.twitter.com/bqhmiKvRcm

“My sister’s arm was very hot, because of the plate,” Rachel said. “Everyone was amazed at what had happened to us.”

Luckily, the three teens appear to be recovering fine, with Rachel feeling only a bit light-headed and her sister Isobel’s wrist is sore — it could have been much worse.

About 240,000 incidents that involve lightning strikes were reported globally in a report from 2008, although more recent information on that number is absent. According to the BBC, about 30 to 60 people are struck by lightning each year in the United Kingdom, with an average of three deaths. Even rarer, then, are photos that happen to be captured at the exact moment lightning strikes the photographer.