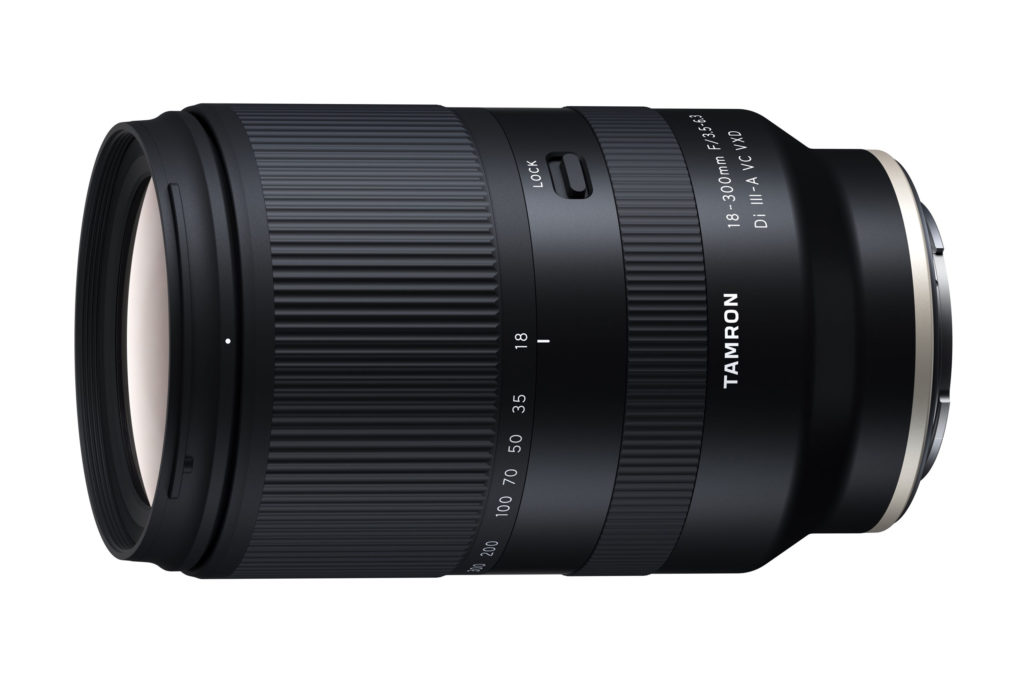 Tamron has announced that it’s in the process of developing its first lens for Fujifilm X-mount mirrorless cameras. This will come in the shape of the 18-300mm F/3.5-6.3 Di III-A VC VXD, which will also be available in Sony E-mount. It’s an optically stabilised 16.6x superzoom that will offer a massive 27-450mm equivalent range, making it suitable for a host of applications including travel, landscape and wildlife photography. Tamron’s Voice-coil eXtreme-torque Drive (VXD) linear motor promises rapid and quiet autofocus, while the minimum focus distance of a mere 15cm at wideangle translates to half life-size magnification.

The X-mount version (pictured here) has a different rear barrel profile to the E-mount model, but no aperture ring

In terms of construction, Tamron is promising a dust and moisture resistant design, complete with an oil and water repellent fluorine coating on the front element. A zoom lock switch has been included to stop the lens extending under its own weight when pointed downwards. The firm hasn’t revealed the lens’s exact dimensions, but claims that it’ll be ‘comfortably compact’. Like many of Tamron’s other designs for mirrorless cameras, it will accept 67mm filters. Full details and pricing are still to be revealed, though, so stay tuned for more details when we get them.

With its extensive zoom range, this lens should provide an interesting option for both Fujifilm and Sony owners. However, enthusiast Fujifilm users may be dismayed to see that there’s no aperture ring, meaning that they’ll need to set use an electronic dial on their camera instead. Hopefully Tamron will include this control when it ports its other recent APS-C mirrorless optics over to X-mount, namely the 17-70mm F/2.8 Di III-A VC RXD and the 11-20mm F/2.8 Di III-A VC RXD, as it must surely do sooner rather than later.