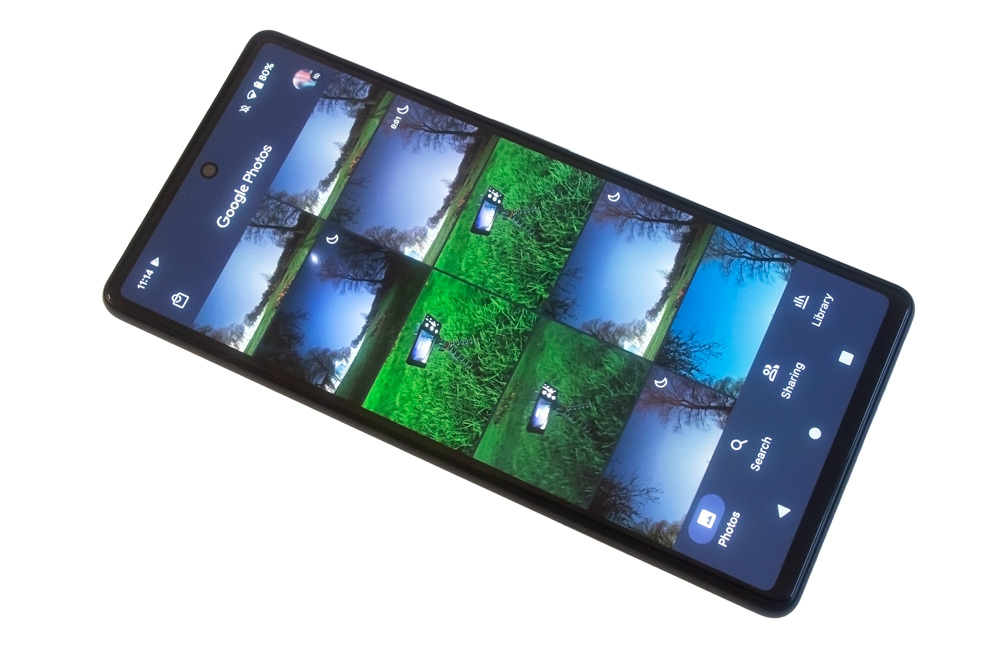 According to new research from Fujifilm 18-24-year-olds are Britain’s biggest photo hoarders, on average hoarding between 3,000 and 5,000 images each in their smartphone camera rolls, totalling a national average of around 10 billion photos.

Over at third, 37%, of the 18-24-year-old age group are worried about forgetting memories, and confess they find it difficult to delete old pictures, as they want to preserve their memories. With some British people admitting they’re paying up to £5 a month for extra storage to accommodate their wide array of photos, this totals a national average of £300million spend per annum to add extra data for image storage.

Similarly, 37% of all 18-24-year-olds surveyed said they’ve been more conscious about preserving their memories since the arrival of the Covid pandemic, citing it as another major reason for stockpiling their pictures. A third of all adults in the UK say returning to old photos makes them feel happier, more relaxed and even more loved.

A huge 97% of all British people questioned admitted they keep old photos in their camera rolls or tucked away in online cloud services, with the average person only returning to view old images once a month. That’s despite 50% of the population claiming looking at old images makes them feel more positive, calmer (24%) and loved (21%). With an additional third of people saying looking at an old image helps to brighten their day.

Impact of the pandemic

Of the survey’s findings Daria Kuss, associate psychologist at Nottingham Trent University and an academic in cyberpsychology, explained, ‘The pandemic has undoubtedly affected the way we interact with technology, with more of us using it to support our everyday lives in various ways. This research from Fujifilm shows that it’s the younger generation who feel most concerned about the effect of the pandemic on their memories and so are using technology, specifically their phones, to capture and hoard images to help them preserve everyday moments. Photographs come with emotional ties, and they can transport us back to a moment in time, which can have a positive impact on our mental wellbeing. Image hoarding doesn’t allow us to reap these benefits. Instead, I would recommend to create reminders of special times shared through displaying photos around the house, and viewing the images you have stored, as this research has showed that looking at your photos makes you feel more positive, calmer and loved.’

Fujifilm has found that more than three quarters (76%) of the nation said they regularly use their smartphone to take pictures, with 78% agreeing phone cameras help them capture life’s most important moments. The research also revealed that women are far less likely to delete old photos than men, with almost a quarter of UK males claiming that they have no problem deleting old pictures. Men were also more likely to delete photos of pets, holidays and photos of family and friends when compared with the females surveyed.

Almost three quarters (71%) of UK adults confessed to transferring their existing images onto new smartphone devices, without filtering or organising, adding to the country’s growing image hoarding problem. The survey also revealed 18% of the public are storing photos that are at least 10-years-old, with those in East Anglia (21%), London (21%) and the East Midlands (17%) the worst offenders.

Theo Georghiades, general manager at FUJIFILM UK explained, ‘At Fujifilm we want to encourage everyone to live and re-live life’s best moments through photography, regardless of whether that’s on your smartphone, a digital or an instant camera. What our latest research shows is that, whilst we are pretty good at capturing our memories, we aren’t always that great at making the most of them afterwards and are letting them sit forgotten for months and in some cases, for years on end. Our mission is to help everyone remember and most importantly enjoy, those precious memories by unlocking them with printing. Not only is a great and easy way to free up some storage on your smartphone, it also allows you to enjoy those sentimental snaps every single day – which we know from our research can has a positive impact on people’s mood and wellbeing.’

The survey for Fujifilm was conducted by OnePoll on 13 and 14 January 2022, with the sample survey being 2,000 adults in the UK. It also revealed the Top 10 most popular subjects for images that are stored on British smartphones – they are as follows:

The Fujifilm survey has highlighted the problem of what is known as ‘dirty data’. An October 2021 study by the Institution of Engineering and Technology (IET) revealed that the average UK person takes 900 images per year and that duplicated images left in storage could accumulate 10.6kg of CO2 emissions annually for every adult in the UK – that’s the equivalent of  over 112,500 return flights from London to Perth, Australia. The IET study also revealed that ‘trigger-happy social snappers’ contribute over 355,000 tonnes of CO2 through unwanted images – this is the equivalent of flying the entire population of Chelmsford, Essex, to Australia and back.

20-bit RAW coming to a smartphone near you