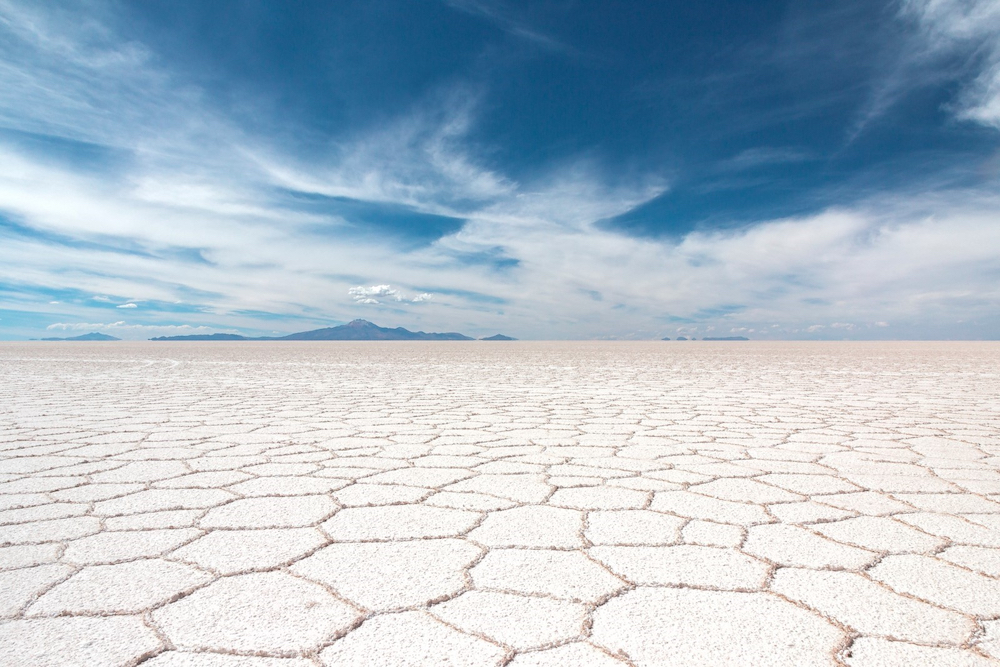 A new study, by Passport Photo Online, has revealed that the Stairway to Nothingness in Austria is the world’s best hidden gem of a location for photographers.

The study was conducted by passport photo experts Passport Photo Online and identified the 10 least well-known gems of locations in the world.

It analysed Google worldwide search data for more than 120 photography paradises and ranked them according to the average monthly searches they receive.

A spokesperson for Passport Photo Online commented, ‘The world is full of places that inspire millions of people every day. From the colourful urban landscape of Stockholm’s underground to the untouched natural parks of Namib-Naukluft, inspiration is limitless. This data demonstrates that there are some places which offer amazing opportunities to get a truly unique photograph, showing there is always something else to discover and immortalise with a snap!’

According to the results, these are the 10 least well-known places in the world that offer stunning shooting opportunities for photographers…

The Stairway to Nothingness at the Dachstein Glacier resort, Austria

Located in the Austrian Alps, at the Dachstein Glacier resort, this 1,300ft tall suspension bridge offers spectacular mountain views. With an average of just 150 monthly Google searches worldwide, this location is currently the absolute best kept photography secret in the world.

Beenkeragh is the second highest peak in Ireland at 1,008.2 metres

With an average of only 400 Google searches per month, Beenkeragh (part of the  MacGillycuddy’s Reeks mountain range in County Kerry), is the second hidden gem for photographers to take breath-taking pictures. As the second-highest peak in Ireland (rising 1,008.2 metres above ground level), this is the perfect location for hikers and climbers from all over the world.

Salar the Uyuni, Bolivia, is the world’s largest salt flat

Located in the Uyuni region, in Bolivia, Salar the Uyuni is the world’s largest salt flat (extending for over 10,000 square kilometres). Registering an average search volume of just 400 searches worldwide, this astonishing place is the ideal location for photographers looking for breath-taking shots.

The Vatnajökull ice cave in Iceland is a natural wonder

Ice caves are one of Iceland’s best natural wonders, and the Vatnajökull cave offers a wonderful experience to photographers and adventurers from all over the world. With an average of 400 monthly Google searches worldwide, Iceland’s ice caves are the fourth best kept photography hidden gem in the world.

Waitomo Glowworm cave in New Zealand can be toured by boat

Known as one of New Zealand’s best attractions, the Waitomo Glowworm cave is a true paradise for photographers and travellers from all over the globe. With an average of only 400 monthly Google searches worldwide, the cave offers a boat tour where it is possible to closely observe these tiny sparkly creatures illuminating the darkness.

The Lofoten Islands in Norway are known for their striking landscapes

The Lofoten Islands are an archipelago in Norway, known for their characteristic landscape. With around 450 monthly Google searches worldwide, the islands are the sixth hidden paradise for photographers, offering sea, lakes, mountains, and hill views for amazing pictures.

Known for its artsy stations, the Stockholm Metro/Underground is the seventh least searched spot for photographers. It has about 100 stations, 47 of which are underground. Registering an average of 600 Google searches worldwide, this underground treasure is gold for urban photographers and travellers.

The Valensole Plateau in Provence, France, is known for its lavender fields

Situated in the region of Provence, in France, the Valensole Plateau is the perfect spot for romantic souls to visit during the lavender season. Registering an average Google search volume of 600 searches worldwide, this location is the eighth least Googled photographers’ hidden gem.

With an average of 800 monthly Google Searches worldwide, the Canadian Rockies are the ninth best kept photography secret. Located between British Columbia and Alberta provinces, these mountains offer spectacular natural views and a diverse, preserved wildlife.

Finally, with 1,100 Google searches worldwide, Namib-Naukluft National Park is the 10th best hidden gem destination for photographers. Characteristic for its Namib desert and Atlantic coast landscapes, this is a proper hidden gem for wildlife photographers.

The study was conducted by Passport Photo Online, which allows users to quickly, simply and easily take pictures for any official document.

It clearly outlines the current requirements, guidelines and sizes and gives useful tips on how to easily take various document photos.

To find out more go to Passport Photo Online.