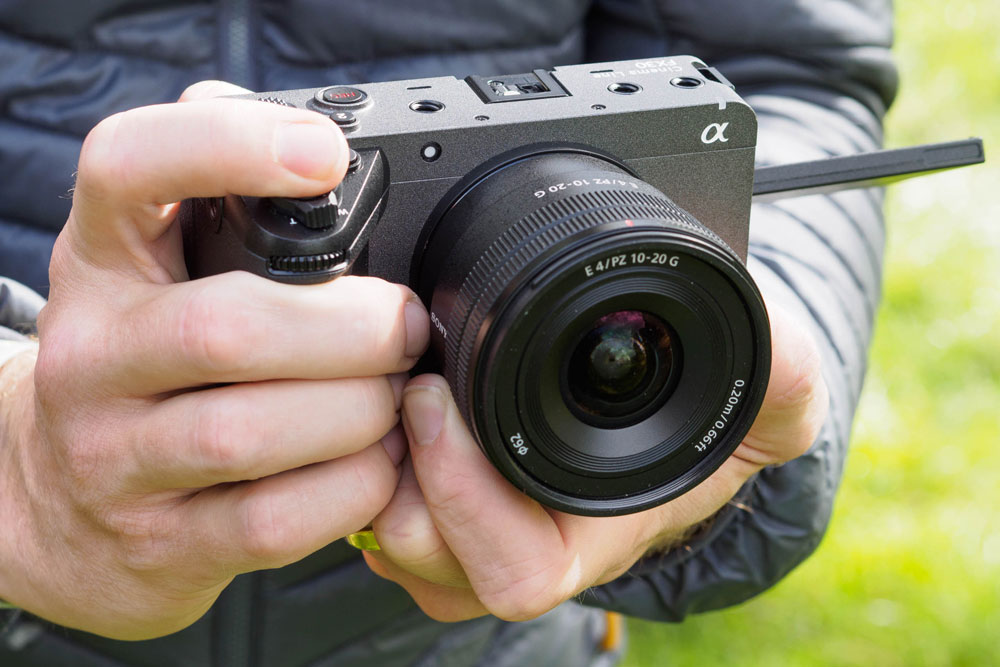 Sony has announced the new Cinema Line Sony FX30 with 26MP APS-C sensor, and Sony E-Mount. Designed for film making, the camera offers 4K Super 35mm, with 6K oversampling, and a new back-illuminated APS-C Exmor R CMOS sensor. It’s also said to offer a standard ISO of 100 to 32000, with 14+ stops of dynamic range, and a dual Base ISO (ISO800 / 2500) in S-Log3 shooting.

Video can be recorded at 10bit 4:2:2 All-intra, and up to 4K 60fps without crop, and upto 4K 120fps (with crop). The FX30 shares the same dimensions and body as the FX3, so that the camera is compatible with the same accessories.

Sony FX30 side by side with Sony FX3, photo: Andy Westlake / AP

Sony FX30 side by side with Sony FX3, photo: Andy Westlake / AP

From Sony: “The new FX30 is a great fit for anyone looking to get started in filmmaking,” said Yann Salmon Legagneur, Head of IP&S Marketing at Sony Europe. “It features many of the professional features of our high-end cameras at a price point that makes it easily accessible for filmmakers at any level. This camera is an excellent starting point to our full line-up of Cinema Line Cameras.”

The Sony ILME-FX30 is expected to be available for a body only price of £2100 (UK) from late October.