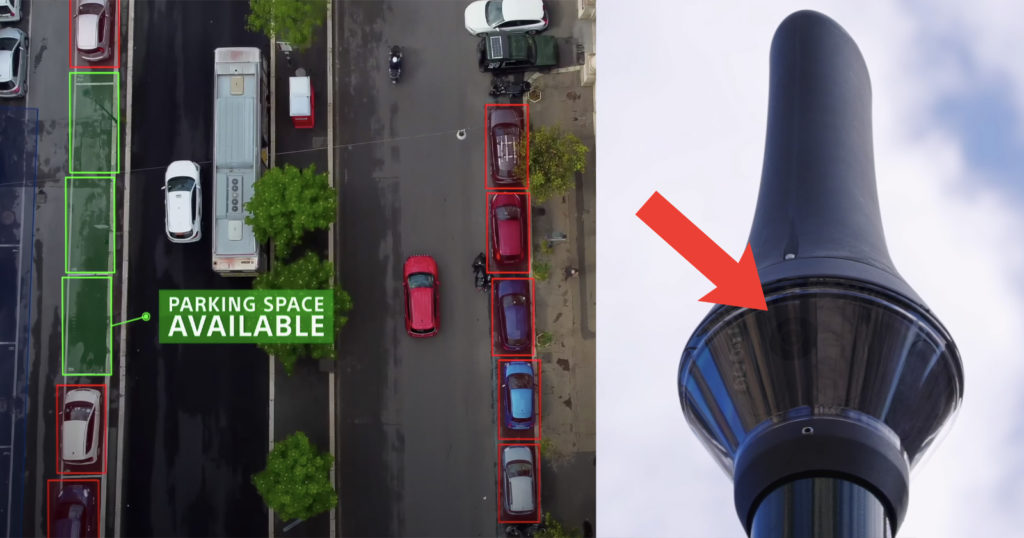 Sony has published a new showcase of how its IMX500 sensors — backed by artificial intelligence (AI) processing — are at the core of three “smart city” trials currently being run in Rome, Italy.

The IMX500 sensors were originally launched in May of 2020 and were what Sony called the first “intelligent vision sensors with AI processing functionality.” The company says that because it integrated AI processing onto the image sensor itself, Sony was able to enable high-speed AI processing in a way that reduced latency, power consumption, communication costs, and addresses privacy concerns.

Sony says that with traditional AI video processing, the data from each output frame needs to be sent to the processor individually which it asserts makes it difficult to deliver real-time performance. By integrating it onto the sensor itself, the entire process of AI logic takes place in each video frame at the point of capture, making for faster, better, and more reliable real-time tracking of objects.

This technology is currently being tested in three smart city trials by Envision in the city of Rome. Envision — which describes itself as a leading greentech company with the mission of solving the challenges of a sustainable future — wants to expand the concept of smart homes to entire cities and allow the operation of city buildings, public services, roads, and other aspects of city management to be better connected and more easily serve the population as well as make city planners and managers more informed and better able to address issues that arise.

In the video above, Sony shows how strategically placed cameras equipped with the IMX500 sensor can be trained on neural networks, connect together, and give citizens access to information about the area while also, supposedly, respecting individual privacy. The technology can supposedly be used to help guide drivers to open parking spots, adjust and adapt to traffic incidents, and reduce accidents involving pedestrians. Its implications for public transportation are also significant, as the cameras can help transit authorities plan routs and keep areas properly served during peak times as well as allow them to note spikes in demand and deploy more buses or trains. From a citizen’s perspective, the tech can also inform people how busy certain bus lines are and how many seats are available as it approaches their stop.

While the idea of an always-watching camera can be disconcerting, Sony says that the camera does not record any actual images or video, but only transmit metadata. In this way, not only do the cameras use a lot less bandwidth, the privacy of citizens is not impeded upon.

Sony says that while there are other benefits, the trials currently being run are intended to test the viability of the system to cut the city’s transport-related pollution and accidents at pedestrian crossings.