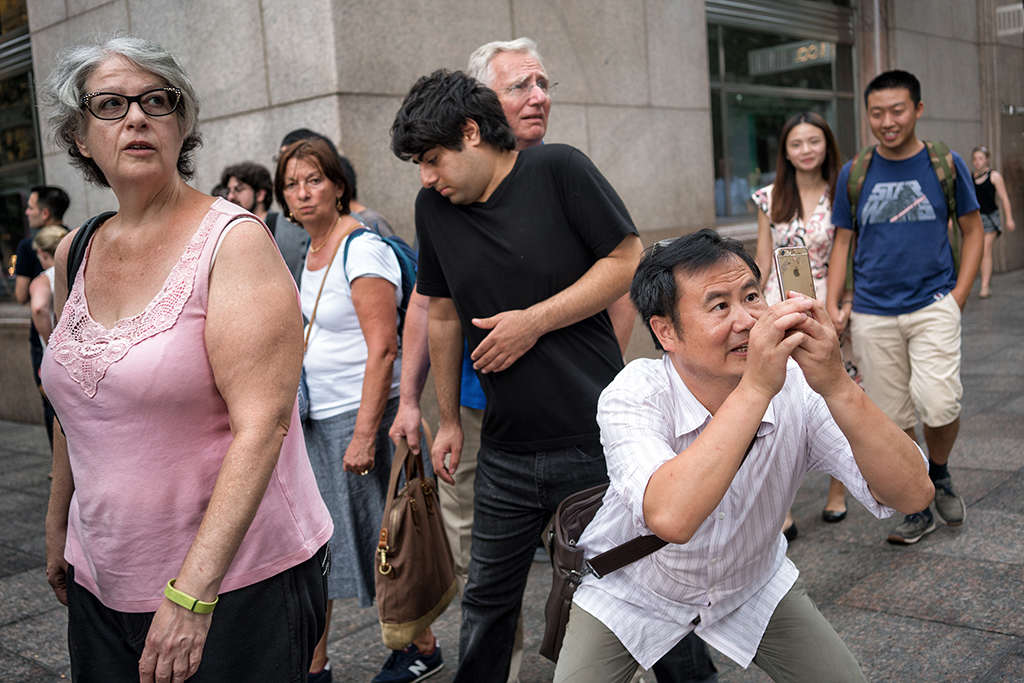 A new documentary directed by street photographer Tim Huynh explores the genre and the influence of social media. Jessica Miller finds out more

Through a look behind the cameras of eight New York-based amateur street photographers, a new film called Fill the Frame records some of the challenges of the genre. With a background in film, director (and keen street photographer) Tim Huynh has always loved documentaries. ‘I like being presented with facts and finding out the truth about a subject,’ he explains.

Whilst studying at the Academy of Creative Media at the University of Hawaii, Tim explains that the majority of his peers gravitated towards ‘fiction’ cinema. ‘I decided to go rogue… after graduation I did a few other short projects but it soon became a burning dream to produce a feature documentary.’

Determined to create a full-length documentary film, Tim followed his growing interest in street photography and appreciation of the posthumously-celebrated Vivian Maier to develop his idea for Fill the Frame. He focused on photographers in New York City, because of its rich history and mix of ‘seasoned and new street shooters’.

With insights from authors, curators and publishers, Fill the Frame takes an in-depth look at each photographer, their work and life experiences; making clear that there is more to street photography than the final image.

‘At first glance to the untrained eye, it can seem like an easy form of photography, but it does require skill and experience… you need to take the time to develop your own style. It has an unknown element that is beyond your control, so luck and timing is also involved.’ In addition, the explosion of street photography on social media and the use of digital photography, has actually made good images hard to find, and Tim suggests it can gather a lot of clutter.

Despite this, he believes social media has been a positive influence in moving street photography in the right direction and in particular gaining more mainstream recognition. ‘For the longest time, it was an underground genre of sorts, but now it has a substantial niche following.’

Highlights of the film for Tim include the historical aspects connecting with the present and future, where throughout we see how the contemporary photographers fit within the broader history; alternating with the likes of Vivian Maier, Helen Levitt, William Eggleston and Alex Webb.

‘Anyone looking to always find the glory shot will be sorely disappointed,’ Tim cautions. ‘If you do street to receive some kind of glorification I suggest you rethink your purpose. Just enjoy the fact you have this interest and ability to roam the streets and make art happen, capture that moment that only you saw.’

Like other genres, street has many added benefits for physical and mental health. ‘It gives you the opportunity to get outside, walk around, explore your neighbourhood and meet new people. I’ve made many friends… the photographs are the bonus.’

Fill the Frame is distributed through Vimeo on Demand and Scorpion TV UK. You can rent the full documentary here:

Tim is a first-generation Vietnamese street photographer, born and raised in Honolulu, Hawaii, and is currently still residing there. He studied at the Academy of Creative Media at UH on their film program. See www.filltheframefilm.com, Instagram

How the pandemic changed street photography