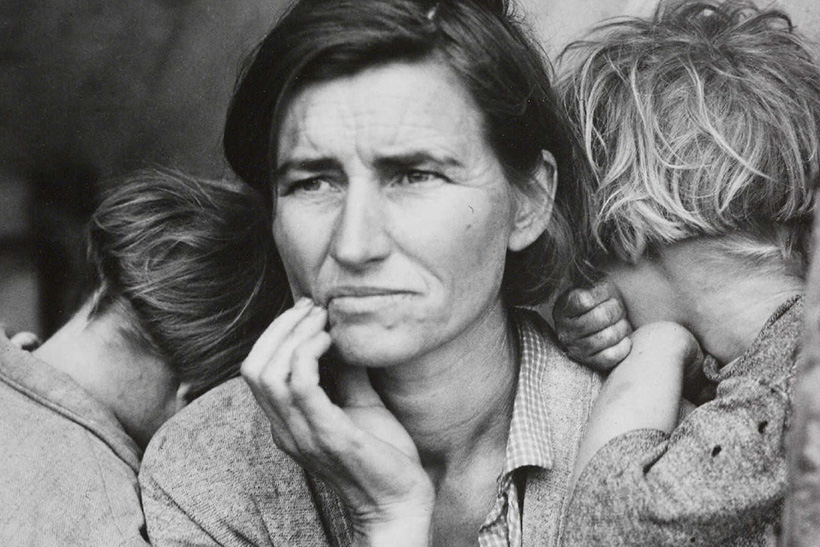 Two of the most popular online platforms for photographers, SmugMug + Flickr, have announced that they will be establishing a nonprofit organisation called The Flickr Foundation. The Foundation’s aim is to keep its archive of historic and culturally significant photographs on Flickr safe and accessible in the public domain for future generations to come.

First launched by then-Flickr designer George Oates in collaboration with the United States Library of Congress in 2008 as The Commons, it now includes images from contributors like the Smithsonian, The British Library, NASA, The Library of Congress and academic institutions around the world. Dorothea Lange’s ‘Migrant Mother, Nipomo, California’ photo is one of many historic and culturally significant photos in its collection.

“At the heart of the Foundation is the belief that sharing is vitally important to our communities and our society,” Ryan Merkley, former CEO at Creative Commons, Chief of Staff at Wikimedia Foundation and who is in The Flickr Foundation’s Board of Directors said. “Sharing is in our nature, and it has compounding benefits for everyone involved. The more people who see these photos from the world’s most important institutions, the better we understand our history. The better we understand our history, and the more we work together to preserve it, the brighter our future becomes.”

MOUNTAIN VIEW, CA — [December 13, 2022] — SmugMug + Flickr—two of the Web’s most popular platforms for photographers—today announced a dramatic expansion of their efforts to promote and preserve photography online. The Flickr Foundation is a new US 501(c)(3) nonprofit dedicated to keeping billions of historic and culturally significant photographs safe, sound, and accessible for future generations.

“At SmugMug + Flickr, we believe that photography is an incredibly important visual record of our history,” says SmugMug + Flickr COO Ben MacAskill. “But as citizens, we don’t have nearly enough access to our own photographic histories in the public domain. The Flickr Foundation is being founded expressly to change that.”

The seed for the foundation started back in 2008, when then-Flickr designer George Oates wanted to create a program that would help the world’s cultural institutions share their photography collections. She called it The Commons, and launched with the collaboration of the United States Library of Congress.

“The Commons project began with two aims,” says Oates. “Firstly, to increase exposure to the amazing content currently held in the public collections of civic institutions around the world; and secondly, to facilitate the collection of knowledge about these collections, with the hope that this information would feed back into the catalogs, making them richer and easier to search.”

Over the years, ownership of Flickr changed hands, and at one point the service was in danger of closing its doors. That idea was unacceptable to the MacAskill brothers, Don and Ben, whose photography sales and sharing platform SmugMug was another fixture of the early Internet.

“The idea that tens of billions of photos would just disappear—we couldn’t let that happen,” says MacAskill. “We didn’t buy Flickr because we thought it was an amazing business opportunity—it was losing staggering amounts of money, and nobody else seemed interested in the potential. Instead, we bought Flickr because we’ve built our company around a love for photography, and we couldn’t imagine an internet without Flickr.”

SmugMug acquired Flickr from Yahoo! In 2018, and today the Flickr Commons boasts an immense collection of public domain and historically significant images from contributors including the Smithsonian, the British Library, NASA, The Library of Congress, and academic institutions around the world. That’s thanks in large part to Oates, who, having departed Flickr years earlier, was brought back in 2020 to help revitalize The Commons after participation had flagged.

“I reached out to George with two questions,” says MacAskill. “What does a bright future for the Commons look like, and how do we build something that has value to the member organizations and the open culture ecosystem?”

Following a detailed research project and smaller on-site efforts to boost participation and knowledge of The Commons, Oates came back with a solution: Create a nonprofit foundation to run alongside the beloved photo community, with the express goal of preserving photography online for the next hundred years. The proposal was approved almost overnight.

“The foundation’s mission is to make sure Flickr will be preserved for future generations,” says Oates. “We are already working on the idea of a very long-term outlook, while acknowledging we don’t have enough voices in the mix yet. A major project will be the 100-year plan, and we’ve held several research workshops to begin to shape what such a plan should look like.”

As of launch, The Flickr Foundation is developing programs in four major areas of cultural preservation: Flickr Commons, content mobility, creative archiving, and fostering new curators. Through these efforts, the Foundation aims to preserve, expand, and care for the wealth of historic images on Flickr, and plan for the long-term health and longevity of the entire Flickr collection.

Helmed by Oates as Executive Director, the Board of Directors includes Ryan Merkley, long-time open advocate and former CEO at Creative Commons and Chief of Staff at the Wikimedia Foundation; and Stephanie McVey, SmugMug + Flickr’s Chief Financial Officer.

“At the heart of the Foundation is the belief that sharing is vitally important to our communities and our society,” says Merkley. “Sharing is in our nature, and it has compounding benefits for everyone involved. The more people who see these photos from the world’s most important institutions, the better we understand our history. The better we understand our history, and the more we work together to preserve it, the brighter our future becomes.”

How to make money through alternatives to stock photography