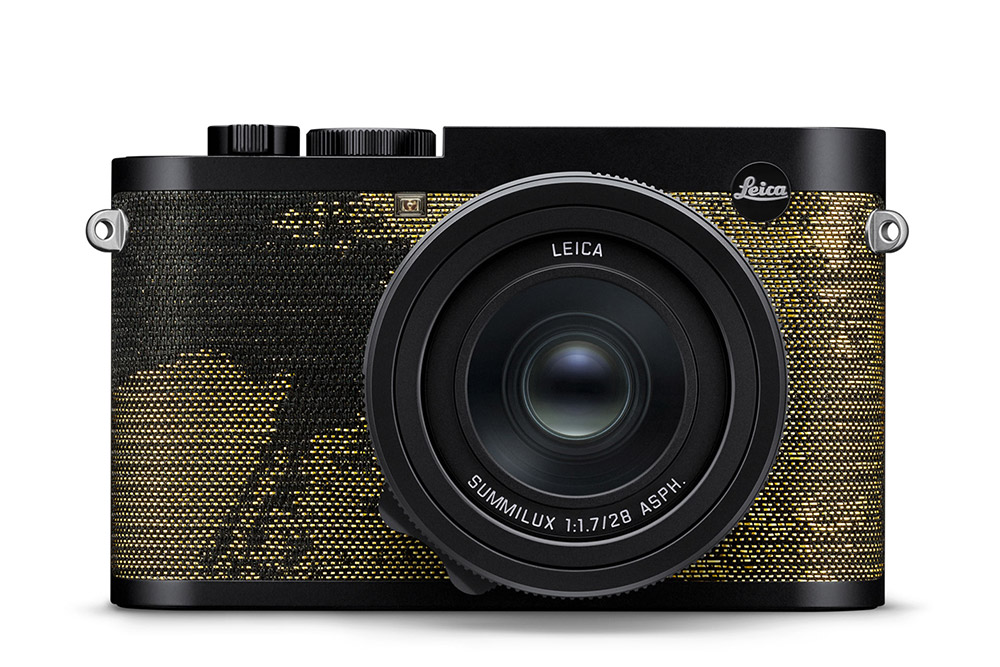 Leica has announced a new version of one of its most popular compact cameras. The Leica Q2 “Dawn” by Seal is a limited version – just 500 units are being made – and it’s retailing for £5.5k.

The special edition sports a redesigned cover, designed by Seal and made from high-end fabric. The strap comes embossed with a song lyric handwritten by Seal – the line in question is ‘You became the light on the dark side of me’, which is a line from perhaps Seal’s most famous song, 1994’s ‘Kiss From a Rose’.

It also comes with a signature scarf, designed by Seal and multimedia artist Annina Roescheisen. Each of the editions is also numbered from 1 to 500, making them unique.

Internally and functionally, the camera is identical to the vanilla version of the Leica Q2, a camera to which we gave high praise in our review. It’s still a winning combination of a fixed Summilux 28mm f/1.7 ASPH optically-stabilised lens and a 47MP full-frame CMOS sensor.

From the top, the Leica Q2 “Dawn” by Seal looks more or less identical to the original.

Leica is of course no stranger to releasing limited-edition versions of its popular Q2. The Leica Q2 has previous been reissued in a ‘007 Edition’ to coincide with the release of No Time to Die, and a ‘Reportage’ version that was outfitted with Kevlar armour.

There have also been plenty of celebrity editions of other Leica cameras. The special-edition Leica M-P ‘Correspondent’ in conjunction with singer Lenny Kravitz sold for a whopping £18,000 back in 2015. More recently, there was the skateboard-inspired Leica D-Lux 7 Vans x Ray Barbee covered in the famous Vans checkerboard pattern.

The most expensive cameras ever sold