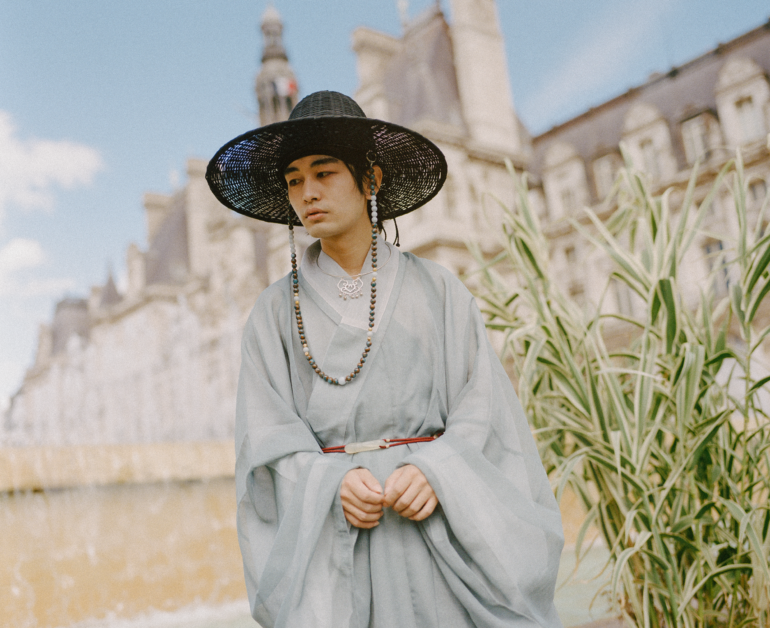 “[My aim is] to document authentic street culture and the organic, ever-changing beauty of street life in a place like New York,” explains the photographer Simon Chetrit. Many of you will know him as The ArabJew, and long-time readers will have seen Chetrit on the site before. It’s been a while since we featured his work, and a lot has happened since then. We dropped in to see what’s new in his world and how his relationship with photography is going.

Simon Chetrit: I’m in an interesting spot with it. I’m actually doing a massive edit of my 10+ year archives and trying to really dig in the crates and put images of mine out into the world that I may have overlooked or not been proud enough to stand out in front of. I think it’s actually been an interesting and deeply spiritual, introspective challenge to go back through my massive backlog and try to not only organize it in a way that makes sense, but be as confident to put it out there as befits the caliber of work.

Phoblographer: Let’s explore your passion for the craft. How would you describe it presently?

Simon Chetrit: Good and bad. Obviously, the bad is that there are many overarching trends in modern-day photography that are soulless, repugnant, merely trend seeking, using images to chase clout instead of creating connections. Sadly, this is popular and always will be.

However, as I’ve been looking through my own archives, I’ve realized the good—the positive impact photography can have. As someone who, in the past, felt very alienated and apart from the rest of society, and who used photography as a means to gain a deeper understanding of people and connect with them, it’s the utter necessity of humanist portrait photography. No BS, just people. I observe them not to critique, or to judge, or to try and change, but to show them as they are, in a way that is compelling and engaging.

It is more crucial than ever, as people have become estranged from society and each other. So many people are lonelier than ever, isolated not only by COVID and the lockdowns but also by our society’s increasing atomization. Sincere, empathetic portrait photography is of the absolute highest importance in this world.

Phoblographer: It has been a minute since we last featured you on The Phoblographer. How has your creativity and vision evolved since?

Simon Chetrit: I have simplified my practice, getting rid of extraneous cameras, lenses, and even, sadly, selling my beloved 4×5. I am more focused, more single-minded, and more confident in what I am good at when it comes to photography and what its purpose of it is to begin with.

I also feel somewhat vindicated by the trends of the industry, fashion and photo alike. I do believe I can fairly say that I was working to increase representation of overlooked minority groups in fashion and portraiture well before it became trendy to do so, and I do take pride in that. While the industry is more thoughtful about diversity, many groups are still overlooked, so I have a lot of work left to do.

Phoblographer: You describe yourself as the ArabJew. How has your cross-culture experience influenced the way you see and document the world?

Simon Chetrit: Absolutely. Every day, in every image I take, it has a presence in the process. In particular, I am hoping to spend a decent portion of my summer in Morocco, inshallah, and bring greater attention to the rising youth culture in the Middle East and Africa.

Especially as the children of North African immigrants begin to become more integrated and influential within French fashion and culture at large, and indeed, European fashion and culture implores us to stop overlooking the youth culture within the modern MENA region and outside the West in general, it is interesting and original enough to be worthy of our notice.

Recently, someone I hired on Handy of all places, to help me assemble a table, recognized me as TheArabJew—I believe he was Palestinian, maybe– and I was very shocked and humbled that he, or anyone, would recognize me. It means that the mission I began when I took to calling myself The ArabJew has resonated and that I should keep going.

Phoblographer: If we look at your socials and website, there’s been some inactivity. Was that a conscious choice, and if so, why?

Simon Chetrit: Conscious and unconscious. Frankly, during the initial onset of COVID, I was living a fairly outgoing lifestyle for someone who is so fundamentally shy. I underestimated how much inspiration I draw on a personal and artistic level from not only the people that I photograph, but from simply being out at a large event or social gathering to take pictures in the first place.

Apart from that, it simply felt wrong and tone-deaf to be posting glamorous fashion images of upbeat, happy people, having a grand ole time, when so much is going wrong with the world, and so many people’s lives have experienced such profound upheaval.

That being said, I have been working on a documentary which I should hopefully soon be able to release on YouTube, I’ve started streaming on Twitch, and working on a whole lot of things, but I won’t lie and say that I did not go through a profoundly dark downwards spiral both creatively and as a person during the worst times of COVID, and artistic output just seemed so distant in my mind.

Phoblographer: We know you enjoyed using analog cameras. Is that still true? What are your main drivers, and why do you like using them?

Simon Chetrit: More than ever. More than anything, the sheer viscerality of the image, the way that shooting them feels, and the anticipation and mystery of having taken pictures, but being unable to see them on a screen right after having shot them.

To be clear, the quality and qualities of something like color film, is of course, the primary reason, and I could go into many technical reasons, dynamic range, skin tones, grain structure, lens coatings, noise vs. grain, digital shutter blur, but that’s probably for another interview, haha.

Phoblographer: You have shot a lot of fashion over the years. How has it impacted your personal clothing style?

Simon Chetrit: It has impacted my personal clothing style immensely! While I, being a straight man, of course, am personally attracted to women and thus find women’s clothing and fashion choices interesting and beautiful, something that I came to notice is how safe men, and in particular—straight men—tend to be with their fashion—generally for fear of being perceived as gay or “effete.” When a man does take a chance outside of the typical “shirt, pants, maybe blazer” silhouette for men– and pulls it off, or wears flamboyant, eye-catching colors or patterns that would make many men feel uncomfortable wearing—to actually push the boundaries of men’s fashion in an interesting way that works—it’s something I’ve always found particularly inspiring, in spite of its rarity. I often feel as if I’ve unlocked some sort of cheat code by simply being able to see so many cool, interesting, inspiring outfit ideas or combinations in a single “work” day.

It has inspired me to seek out shapes and colors and materials that are not “ordinary”–I have a really cool metal backpack from this Dutch company, for example, but also to be precise and cohesive and specific with my personal aesthetic and try to innovate within that, and just kinda create my own fashion niche for myself while leveling up within that.

Phoblographer: Creatively and professionally, what direction would you like to take your photography in over the next two to three years?

Simon Chetrit: I want to not only be more proud of and organized with actually putting out all the strong images I have taken over the years, but continue to marry my photojournalistic and fashion practices. I actually did go to photojournalism school, and I always saw street style in particular as somewhat of a documentarian photographic discipline within fashion. Hopefully, international travel will become a normal thing again, and I can begin to go to the lesser-traveled [place] and to fashion weeks of the world—Korea, Nigeria, Moscow, Taiwan, Georgia—you name it!

I would like to actually find a way to livestream WHILE I am out taking street style pictures or at a fashion week event, and to bring more eyes to lesser known fashion subcultures, in particular, those outside of the western world.

I also dream of one day reviving Fujifilm Natura 1600, or buying the formula and machines from Fuji. That’s on the bucket list for sure.

You can connect with Simon by checking out his Instagram.

All images by Simon Chetrit. Used with permission.